As Israeli officials can attest, his trip to the Holy Land has dissolved all hard feelings from his first term 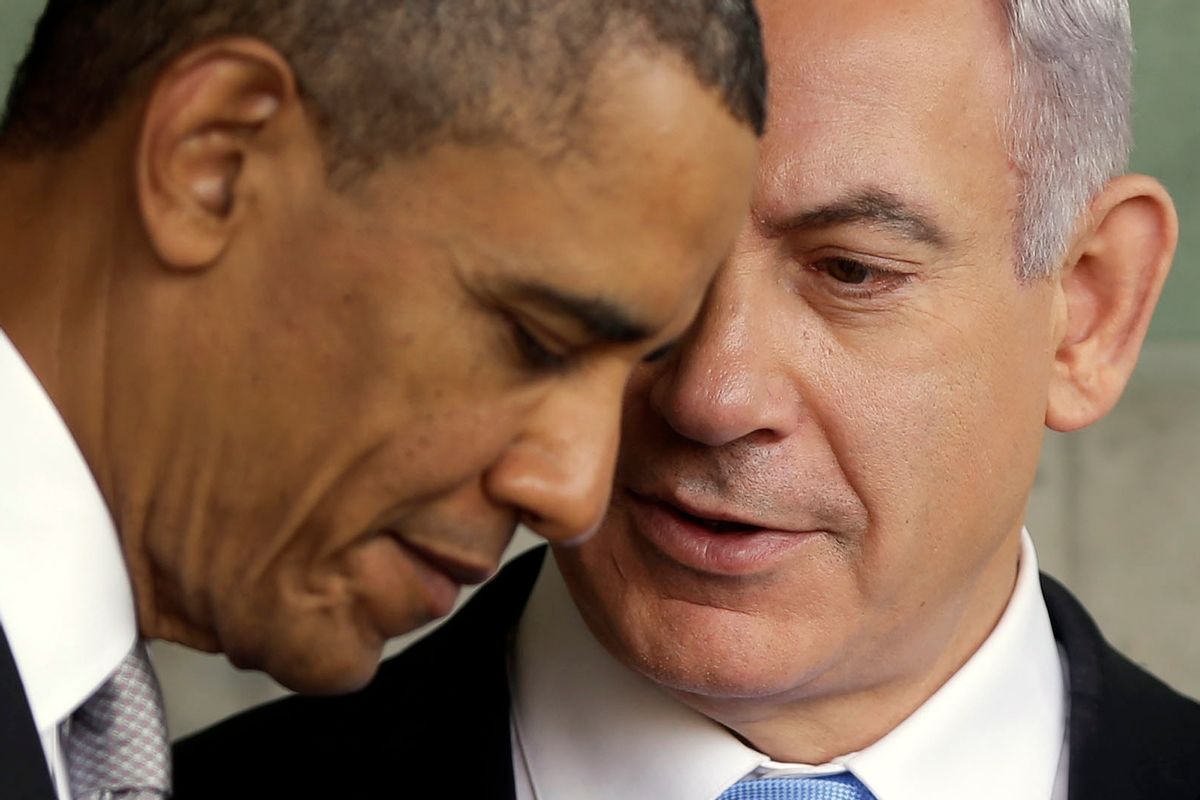 JERUSALEM — President Barack Obama's address to the Israeli people, delivered a mere two months after starting his second term in office, may herald a new direction for American foreign policy.

Clearly aware of first term missed opportunities in the relationship with America's closest Mideast ally, Obama chose to crown his two day trip to Israel and the Palestinian Authority with a passionate, forceful speech addressed to a group of more than 2,000 Israelis.

Whereas for the Obama administration the trip, and the speech, may represent a gamble on a second term commitment to the thorny problem of an Israeli-Palestinian peace, for Israelis it was a chance to see, up close and personal, a man who had remained for them a cipher.

Immediately following the address, Jeffrey Goldberg, a national correspondent for The Atlantic, blogged, "I spoke to several members of the audience, who confirmed my impression that Israelis just wanted to know that he liked them. It's hard to understand this from the US, but the idea really did take hold here that Obama genuinely hated Israel. So this whole trip is a bit of a revelation for ordinary Israelis."

If anyone still doubted that Obama understood the blunder made four years ago, from the Israeli point of view, when he addressed the Muslim world from Cairo but declined to make a follow-up visit to Israel, and refrained from mentioning age-old Jewish ties to the Land of Israel in his speech, those doubts have most likely been put to rest.

"He's completely conquered us," said Israel's new cabinet secretary ahead of the second state dinner in Obama's honor in as many nights. "It's been a wonderful trip."

Many Israelis compared the president to a rock star. One boy who met him at a reception at the home of President Shimon Peres was filmed later telling friends, "He's really tall. He's handsome." Jerusalemites seemed dazed by the proximity to such glamour.

Obama chose as the centerpiece of his visit one of the most extensive and probing presidential statements ever made on the nature of Israeli-American ties and on the possibilities, both hopeful and dire, that await Israel in its future.

The 45-minute speech was interrupted more than 15 times by a cheering audience made up of university students who had won their place in the convention center hall through raffles.

At the outset of his address, he dispatched lingering questions about friction in his personal relationship with Israeli Prime Minister Benjamin Netanyahu — a matter of intense media speculation over the past four years — with the joke that "any drama between me and my friend Bibi over the years was just a plot to create material" for a popular Israeli show of political satire.

Sprinkling his address with Hebrew words, he outlined for the youthful gathering a history leading back to the establishment of the State of Israel in 1948 and President Harry S Truman's statement when voting in favor of the nascent state at the United Nations, "I believe it has a glorious future before it, not just as another sovereign nation, but as an embodiment of the great ideals of our civilization.”

But the crucial juncture in Obama's message came mid way, after reminding the audience that he spoke "as a friend," when he said, "First, peace is necessary. I believe that. I believe that peace is the only path to true security. You can be — you have the opportunity to be the generation that permanently secures the Zionist dream, or you can face a growing challenge to its future. Given the demographics west of the Jordan River, the only way for Israel to endure and thrive as a Jewish and democratic state is through the realization of an independent and viable Palestine."

It was that message, that to secure its own future Israel has no choice but to pursue peace, and his exhortation to youth to lead their own politicians toward action that left the deepest impression.

Zehava Galon, the leader of the small left-wing party Meretz, lauded Obama on Channel 2 news for, "reaching over the heads of the Israeli government and speaking directly to the people." Sitting across from her, Israel's transport minister, Israel Katz, a member of Netanyahu's right-wing Likud party, replied that the speech leaned pro-Palestinian.

That may have surprised Palestinians who have on the whole gave Obama a very wary welcome in Ramallah earlier Thursday. But the speech, which gave a voice to American identification with the Zionist project that created Israel, eloquently stated the need for justice and equality for Palestinians.

"It is not fair that a Palestinian child cannot grow up in a state of their own, living their entire lives with the presence of a foreign army that controls the movements, not just of those young people but their parents, their grandparents, every single day," the president said. "It’s not just when settler violence against Palestinians goes unpunished."

The cheers and applause that greeted Obama's statements calling for justice for the Palestinian people surprised most Israeli observers.

Ahmad Tibi, an Israeli-Arab member of parliament, was moved to say on Israel Radio, "Honestly, when he discussed in detail the mosaic of Arab life under occupation — he is the first American president to do this. He described the suffering of Palestinians under Israeli rule. But there was nothing more moving for me than hearing the applause of those students every time Obama said, 'you must end occupation.'"

The Israeli daily Haaretz paraphrased the effect of the speech on Israelis thus: "Sometimes you need someone from the outside, someone like Obama, to tell it like it is: Israelis, you've got a great country, but you've got to stop the occupation."

Despite all appearance, not all Israelis were left besotted by the American president. Naftali Bennett, Israel's new minister for economy and trade and a man who rejects outright the two-state solution put forth by the United States, said, "Generally, there is no occupation within one's own land."

The question that remains is whether Obama's trip will augur a new era in peacemaking efforts. Tibi said that at a meeting with Palestinian President Mahmoud Abbas, Obama said, "There is no subject higher on my list of priorities than your issue, the Palestinians and the establishment of a Palestinian state. I have a secretary of state here, John Kerry, for whom this is the single most important issue."

The possibility of a Kerry Initiative was left open and hinted at as the president wound up his stay.

"It's funny. It's like he's fronting for his secretary of state, right?” laughed Jeffrey Goldberg before the speech, while chatting with an Israeli journalist.