Pelosi to Salon: They had to take me down 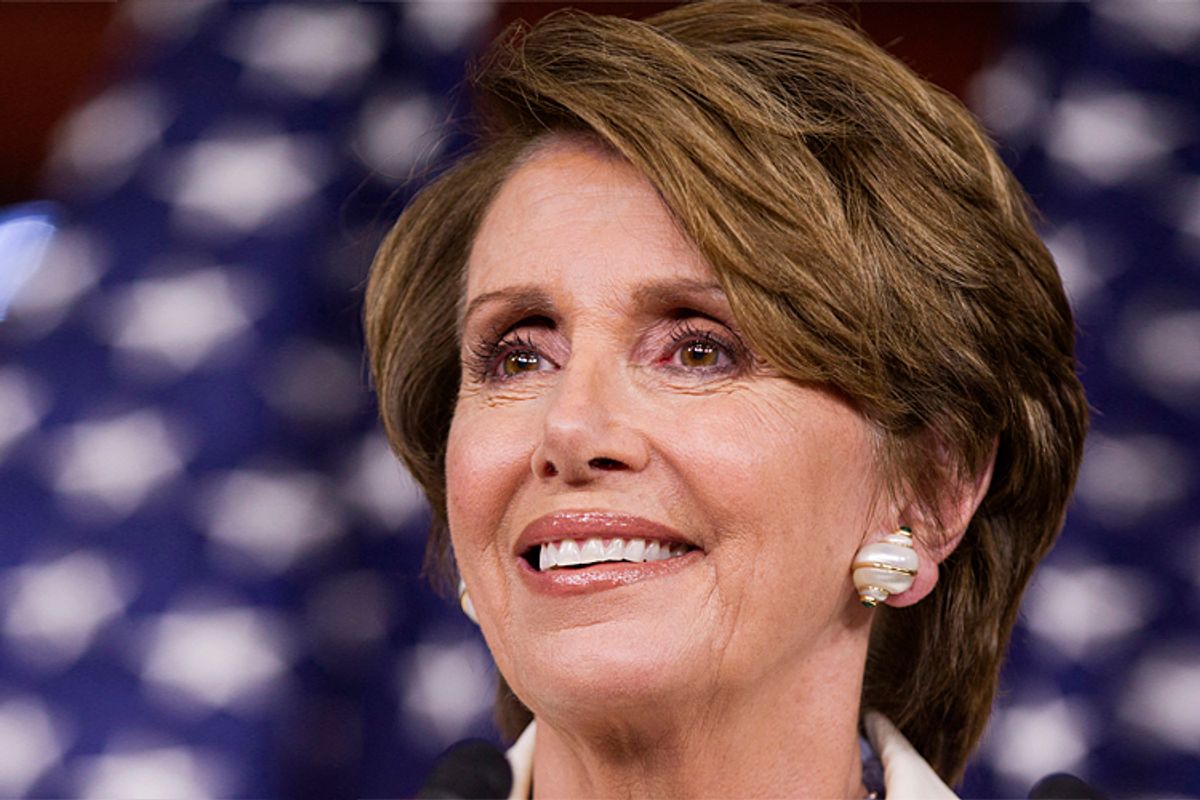 You remember the Republicans' 2010 midterm campaign message: Nancy Pelosi, engulfed in flames, demon-like. Nancy Pelosi, in charge, bossing you around with her crazy liberal values. An official "Fire Pelosi" bus tour sponsored by the Republican National Committee, and the specter of her leadership invoked in ad after ad.

All of this was a key Republican strategy in taking back the House, and while there were lots of reasons the Democrats lost and Pelosi was dethroned, it achieved the desired result. Since the next big electoral battle will be control of the House in 2014, and a Democratic win would presumably put Pelosi back in charge, expect to see more Pelosi boogeyman-ing.

"It didn't bother me, I figured they thought I was effective and therefore they had to take me down," Pelosi told Salon at the premiere Thursday night of "Fall to Grace," her daughter's HBO documentary on former New Jersey Gov. Jim McGreevey. Still, she worries about the message it sends to other women who might be considering a run.

"What does concern me about it is that women that we want to be involved in politics, women like you, women who have options to do other things and we say, 'Come over here and do this!' And they're saying, 'No, I don't want to subject myself to that. Why would I do that? I have a great life, I have plenty of opportunities.' So what I've said is that if you lower the role of money in politics and you increase the level of civility, you will have more women running for office, elected to office, and that would be a very wholesome thing for our country."

Of course, Pelosi is not as lonely as she once was on the Hill, and the more female leadership is normalized, the less likely such attacks are to resonate. As the New York Times notes in a story today on female senators, a critical mass is slowly but surely building, even if it creates long lines on the Senate floor's bathrooms and female senators are still occasionally asked what they're doing there. The piece also cites a recent American Journal of Political Science study, “When Are Women More Effective Lawmakers Than Men?" which found that “while men may choose to obstruct and delay, women continue to strive to build coalitions and bring about new policies.” Pelosi's dealmaking as speaker can rankle, including on the left. It also, though, recently earned her the following designation from Vice President Joe Biden on the signing of the Violence Against Women Act: "If you ever want a partner to get anything important done, call Nancy Pelosi."

In the meantime, Pelosi seems to be enjoying the Republican scramble to appeal to women and people of color, which they now concede is necessary to winning anything but a majority of gerrymandered House districts. (Or, to use their own words, “address concerns that are on women’s minds in order to let them know we are fighting for them.”) Does she have any advice for the other party?

"Respect," she said. "I think respect would be a good place to start. We are fortunate in our House Democratic caucus -- women, minorities, LGBT community members make up a majority of the caucus. We don't need anybody to teach us how to speak to women, Hispanics, blacks, because that's who we are. And not only do they have a seat at the table, they have a seat at the head of the table, because over half of our chairmen-to-be, our senior Democrats -- people who would be chair if we were the majority -- are women and minorities."