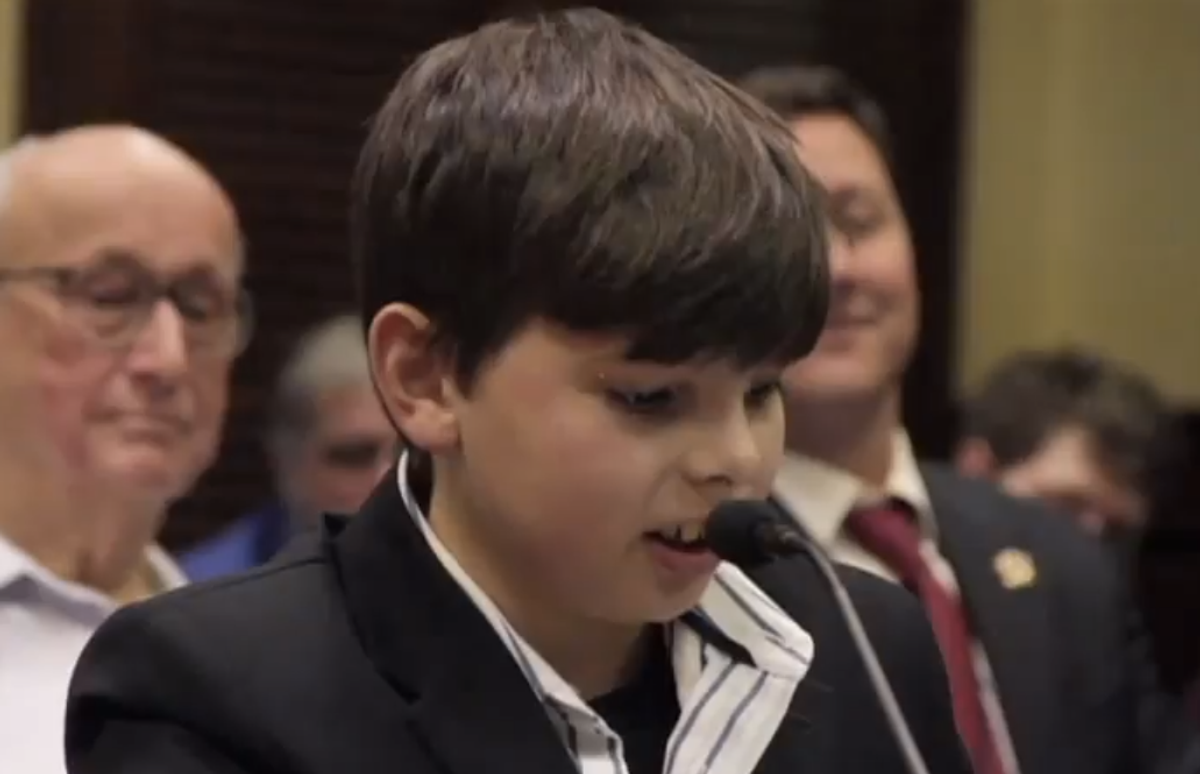 Last night, twelve year-old Matthew Lannon delivered an impassioned testimony before Rhode Island's Senate Judiciary Committee in favor of marriage equality. The sixth-grader from Providence, who has two moms and two dads, ended his statement by saying that "if there's one thing you don't mess with in life, it's love":

My parents and all the other gay and lesbian people here want to be happy, just like you. All they want is to be treated fairly. But unlike most of you, they have to come again here year after year and explain over and over why their love is equal to yours. This year, you have the opportunity to change that. I say, choose love.

Lannon's mother Maryellen Butke says the 12 year old wrote his speech the night before the 12-hour hearing, which lasted until 5 a.m. Friday:

Rhode Island is currently the only state in New England not to allow same-sex marriage, though it does provide civil unions for same-sex couples. The marriage equality bill discussed at the panel last night is sponsored by Lannon's aunt, State Sen. Donna M. Nesselbush.