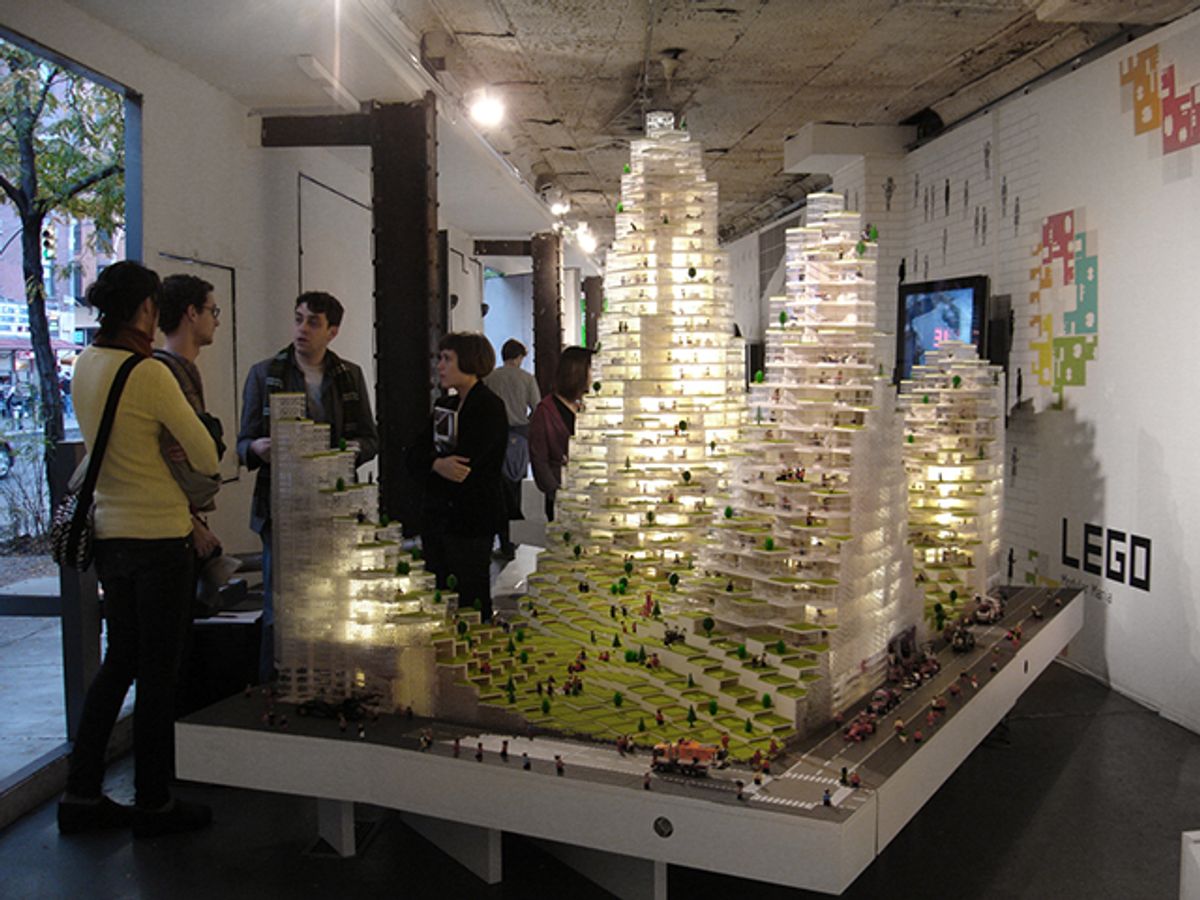 The Bjarke Ingels Group (or BIG), the Danish architecture firm helmed by its namesake, is getting even bigger. New plans to create a LEGO museum and rethink the campus of the Smithsonian Institute in Washington, D.C., signal that the buzzed-about firm is on the cusp of becoming the world’s next big starchitecture outlet.

BIG, along with fellow firms Ralph Appelbaum Associates and COWI, has been tapped to design the first public museum for LEGO, the iconic building-block company that was also founded in Denmark. LEGO already has its own theme parks, complete with roller coasters and giant LEGO models, but the museum will include an integrated education program and activities that showcase the range of the simple block system. Construction is set to start in 2014, with completion by 2016.

The fortuitous combination of BIG and LEGO goes beyond a shared nationality. Ingels called the opportunity a “great dream” and said that he owes “a huge personal debt to the LEGO brick,” citing its role in “developing the child as a creative, thinking, imaginative human being,” according to World Architecture News. In 2007, BIG created a 250,000-piece LEGO model at New York’s Storefront for Art and Architecture, a gesture that seemed to respond to criticisms that the firm’s work was just blocky modularity (Ingels and his firm are also known for their sense of humor).

Though it might challenge their affinity for big, brash projects, BIG has also been chosen to design a master plan for the Smithsonian’s campus of museum and research buildings. The firm won’t be designing any new structures, according to Inhabitat, but the new layout will include “a labyrinthine network of spaces above and below ground,” the architect said in a statement. “Our task is to explore the collections with The Smithsonian and together attempt to untie the Gordian Knot of intertwined collections to unearth the full potential of this treasure chamber of artifacts.”

The Smithsonian campus (image via inhabitat.com)

Given that the firm is also behind a home-powering trash incinerator ski slope and a Manhattan residential development that looks like a deconstructed pyramid, it sounds like a challenge they’re ready for.