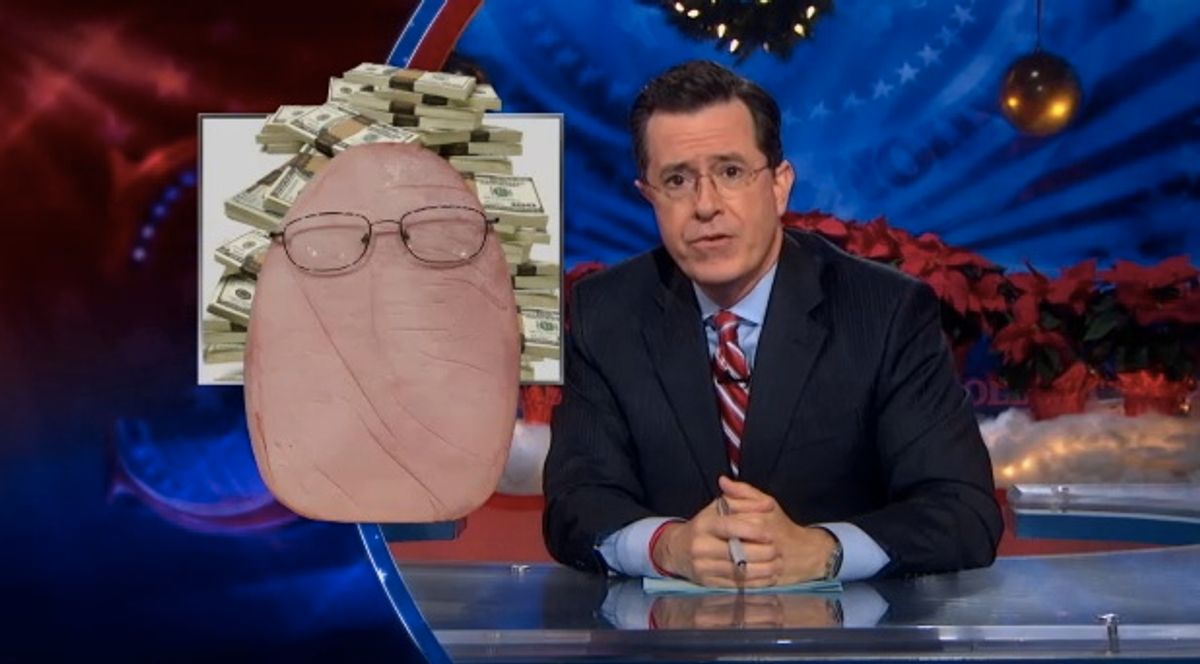 In an interview with ABC News' "This Week," Karl Rove addressed Stephen Colbert's meat-based version of himself, named "Ham Rove," and how he felt when he watched Colbert stab it to death.

"He’s an entertainer, so he gets to be funny and exaggerate things and so forth," Rove said. "Though I have to admit, when he took out the knife and started stabbing it, I think he might need a little bit of professional counseling on his anger management issues."

He added: "I don’t know whether that was working out his inner feelings, or encouraging maybe someone to maybe mimic him or just sort of being funny. But there was a little bit of anxiety in his stabs there.”