From God particles to divided churches, a look at the best documentaries YouTube has to offer 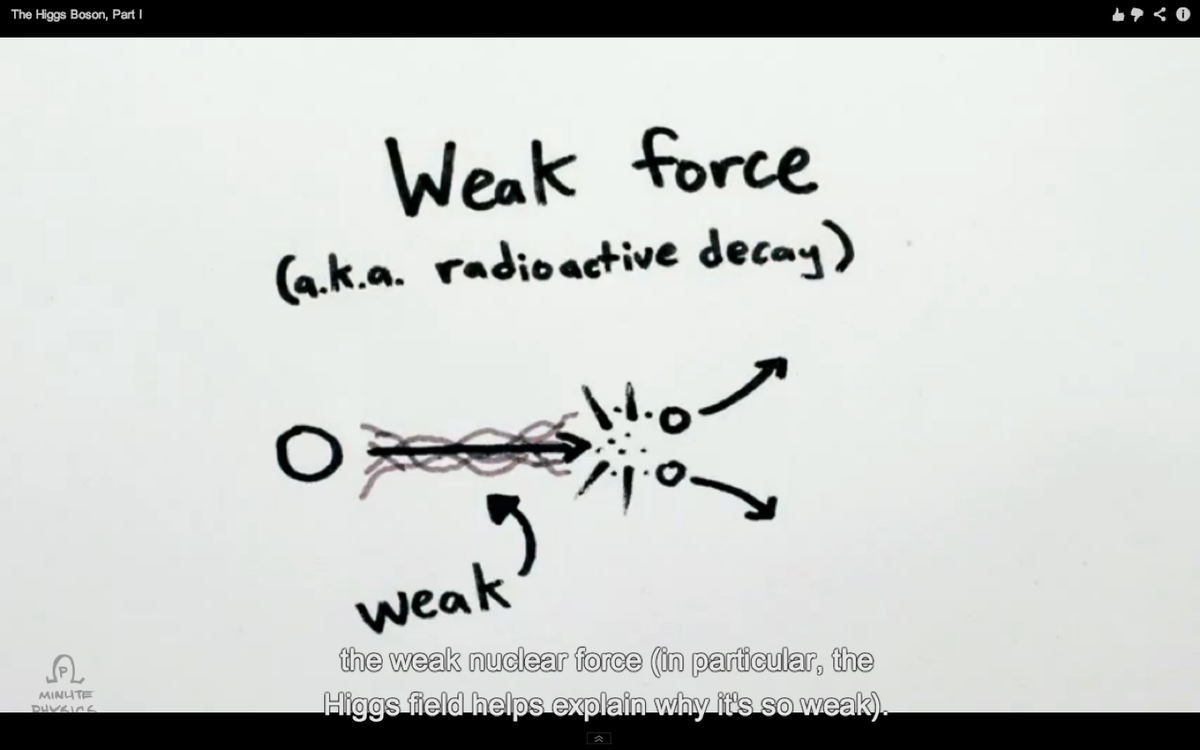 This week’s videos tackle the war in Iraq, gays in the church, a massive agro-chemical empire and one elusive microscopic particle.

The list has been compiled by the editors of The I Files, a one-stop online news source. We scour YouTube and other sources for the best documentaries and investigative videos. We’d also like to hear from you. Let us know about any reports or video footage that you think we should add to our list.

If you’d like to keep up with the best video news stories without having to pore through hours of amateur dance antics, please take a moment to subscribe to The I Files. It’s totally free and takes just two clicks. Once you’ve watched, you’ll sound smarter at parties.

This week is the 10th anniversary of the U.S. invasion of Iraq. The occasion was marked by a devastating series of bomb attacks across the country, a reminder that while American forces might have left, violence continues.

“Iraq’s Secret War Files” was the first documentary to make use of raw U.S. military reports obtained by WikiLeaks to piece together the true scope of civilian casualties and provide an inside view of the day-to-day operations of the conflict. The Bureau of Investigative Journalism, based in London, created a computer program to analyze hundreds of thousands of leaked documents in order to compare official U.S. military reports with what actually was occurring on the ground. The results are striking.

The filmmakers found that nearly two-thirds of Iraqi casualties were noncombatants and that U.S. forces killed far more civilians than insurgents. The documents provide telling details, including the amount of compensation the U.S. government offered for civilians killed by friendly fire. In one case, U.S. forces mistakenly fired upon a family in their car, killing both parents and leaving one child paralyzed. Surviving family members received $2,500 for each life taken and $2,500 for the car. The documentary also features footage from Apache helicopters showing Americans firing on Iraqi insurgents attempting to surrender, gunned down as they stand with their hands in the air.

Produced in 2010, the documentary is still a painfully relevant cautionary tale as the U.S. starts to consider involvement in Syria and other regional conflicts.

“Gay Witch Hunt in Iraq” examines an underreported and disturbing consequence of the war – the persecution of gays in post-Saddam Iraq, where being gay, or even being perceived as gay, can be a death sentence. The BBC uncovers the systematic and organized violence against homosexuals by law enforcement officials, acts that are ignored and arguably even condoned by the government. Questioned by the BBC, a spokesman for Prime Minister Nouri al-Maliki dismisses the problem, saying the number of homosexuals is so small that they don’t need any special protection.

“The gays should respect the moral values of the others in order to be respected,” he says.

The report also goes inside a safe house where transgender and gay men are forced to hide to protect themselves from so-called “honor killings” by their own families.

“What have I done that was so wrong and so bad?” asks one man whose identity has been hidden for his protection. “We are not animals. We are human. And we are Muslims, too ...What have we done to be killed and tortured in such savage ways?”

“A Church Divided,” Center for Investigative Reporting and KQED

As the Supreme Court prepares to hear arguments on whether same-sex marriages in the U.S. are constitutional, both secular and religious advocates continue their clash in the cultural and political war over gay rights.

“A Church Divided” takes an intimate look at a group within the United Methodist Church that is challenging the church’s definition of homosexuality as “incompatible with Christian teaching.” Told in a cinematic, fly-on-the-wall style, the documentary goes inside last year’s Methodist global convention, where progressive and conservative members of the congregation faced off to determine the future of their church. In the end, the standoff comes down to a tense vote on the convention floor. I won’t spoil the ending, but I was struck by one delegate who made a last-minute plea before the vote, noting that gay members “keep coming back to a church that keeps saying no to them. There’s a kind of miracle in that.”

Monsanto Co. has been in the news this week as a special-interest agricultural amendment was anonymously inserted into unrelated government legislation that Congress must pass to keep the government operating. The so-called “Monsanto rider” would give the company greater power to use genetically modified seeds – even if a court rules that the seeds were illegally approved or are potentially harmful.

This “People & Power” episode investigates the impact in Argentina of Monsanto’s genetically modified soybean crops and its aggressive use of pesticides. While some argue that these crops represent the future of the Argentine economy, others point to surging cancer rates, rare birth defects and rampant land theft. The documentary cites some startling statistics. In cities near soy plantations, Argentines are suffering miscarriages nearly 100 times the national average.

The filmmakers meet citizen activists like the self-dubbed “Mothers of Ituzaingó.” Created by a woman whose infant daughter died from kidney failure that she attributes to pesticide poisoning, the group members are fighting to stop the widespread use of agrochemicals that they say are poisoning their community. It’s an uphill battle, as Argentina’s president, Cristina Fernández de Kirchner, is a longtime supporter of Monsanto and the soy industry.

Wondering what the big deal is with all of the hoopla surrounding the Higgs boson? Scientists at CERN – the European Organization for Nuclear Research – announced that they have definitively confirmed the existence of what some have referred to in the past as the “God particle.” I’ve been struggling to understand why my nerdy friends insist that this is such a big deal. In a series of three videos, animator Henry Reich uses markers, a whiteboard and some deft verbal maneuvering to explain in concise and simple terms what this particle is and why it matters. It’s a fast-paced, blink-and-you-might-miss-it explainer told with wit and humor. If college science had been this entertaining, I might have been able to pass Physics for Poets.