Ann Coulter: We all have to "pay" for sodomy, single parenthood 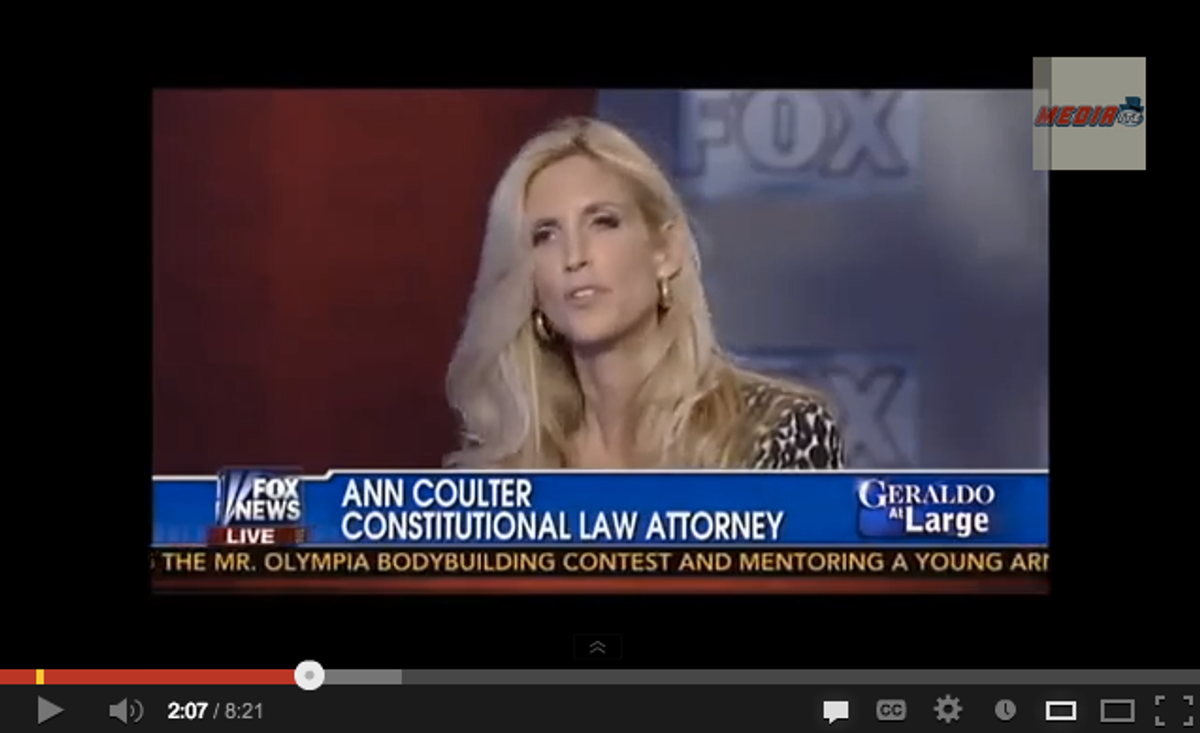 Ann Coulter went on "Geraldo at Large" to debate New York City Mayor Michael Bloomberg's public health initiatives with anti-obesity advocate MeMe Roth, but what started as a conversation about the city's indoor smoking ban and a Bloomberg proposal to keep cigarettes hidden from view in storefronts quickly devolved into a tirade against gay people and single mothers.

Choice quotes from the always classy Coulter include:

I think you're going to have to do something about the gay bathhouses because AIDS is very expensive, and if I'm paying for it, how about discouraging that behavior?

After agreeing (!) with Coulter's assertion that AIDS is a "gay problem," host Geraldo Rivera tried to redirect the conversation to smoking bans, practically begging Coulter: “Can we get off sodomy for a moment?”

Not content to let Coulter and Rivera score all the crazy points in the segment, Roth wrapped things up by strongly advocating for racial profiling and Bloomberg's controversial "Stop and Frisk" policy, saying, "I think profiling is necessary. That's the times we live in."