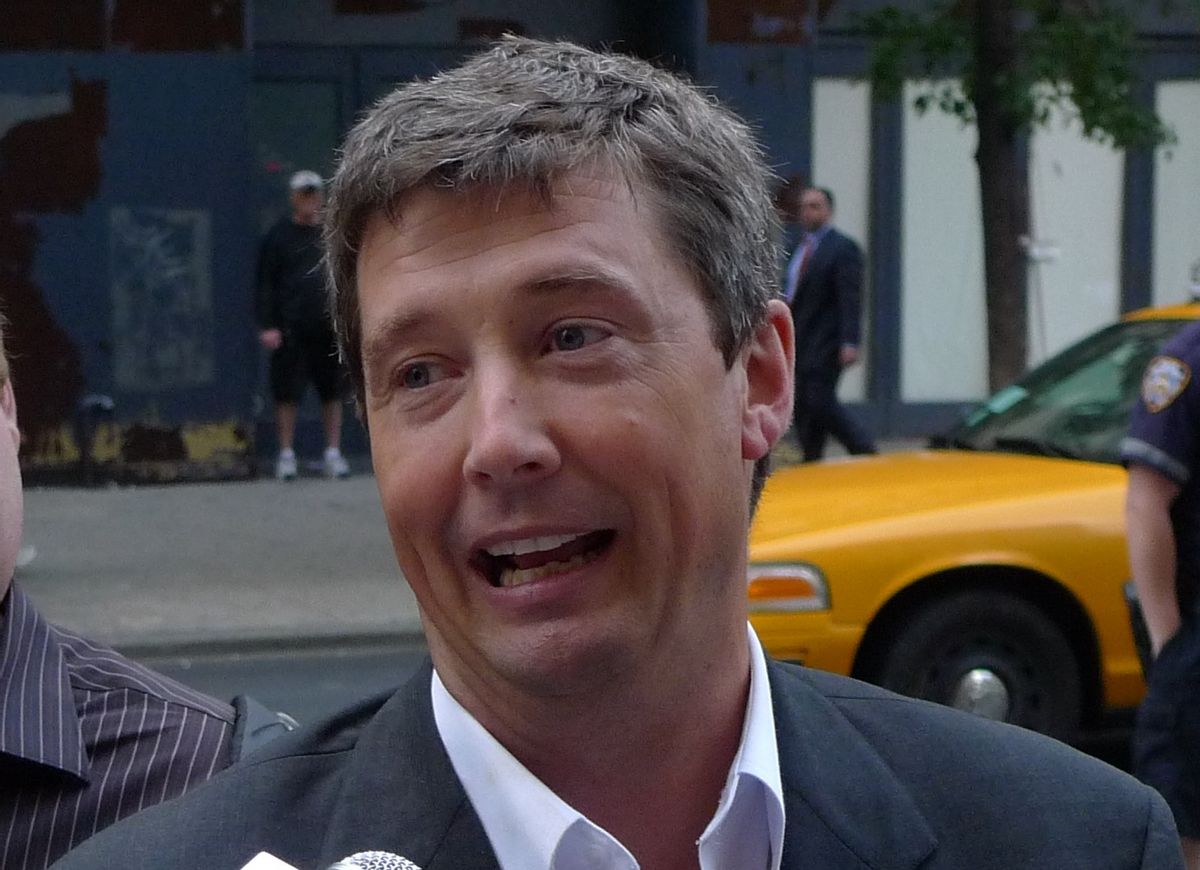 If you haven't read David Foster Wallace's feature "Host," which skewers the talk radio industry and its curdled politics, today may be the day to dust off your paperback copy of "Consider the Lobster" or do a little spelunking in the Atlantic's archives. That's because the profile's subject, yakker-cum-"documentarian" John Ziegler, whose previous two films center respectively on left-wing media plots to obscure the truth about 9/11 and elect Barack Obama, has reemerged to share a superfluous and offensive new interview with Jerry Sandusky that Ziegler conducted for his forthcoming documentary, "The Framing of Joe Paterno."

The interview, which aired this morning on the "Today" show, offers few surprises. Sandusky maintains his innocence and shows no sign of remorse, laughing off the disputed testimony of former assistant coach Mike McQueary. The Paterno family, meanwhile, have publicly decried the interview as "misguided and inappropriate," distancing themselves from any defense of Joe Paterno that hinges on the account of Jerry Sandusky.

The segment would have been entirely forgettable were it not for Matt Lauer's combative questioning of Ziegler. From the "Today" interview:

Lauer: Do you believe he [Sandusky] was wrongly convicted?

Ziegler: Well, Jerry Sandusky already had his day in court.

Lauer: But do you believe he was wrongly convicted?

Ziegler: I've written extensively about this at our website. But I want to just say my focus here has been Joe Paterno ...

Lauer: I understand, but it helps me with perspective here in the interview.

It goes on like this. While Ziegler finally concedes that Sandusky is guilty of "many of the things, if not all of things that he was accused of," he nonetheless insists that the mainstream media has "railroaded" Joe Paterno and that we're now closer to the truth because of the three and a half hours of interviews that he, John Ziegler, has conducted with a convicted child molester. Ziegler, whose persecution complex precedes him, even penned a letter in advance of his "Today" show interview outlining all of the ways he'd be lambasted by the media for challenging whether Jerry Sandusky received due process.

Ultimately, the John Ziegler on display during the "Today" show is the same Mr. Z whom David Foster Wallace found stewing over the OJ Simpson trial, a man who sees himself as a truth teller in a media awash in lies and cowardice and a cynic in a morally bankrupt country:

And when someone in the arc of chairs around John Ziegler says, almost to himself, that the one pure thing to hope for here is that Simpson's kids believe he's innocent, [Ziegler] gives a snort of reply and states, very flatly, "They know, and he knows they know, that he did it." ... The best response would probably be compassion, empathy. Because one can almost feel it: what a bleak and merciless world this host lives in — believes, nay, knows for an absolute fact he lives in.