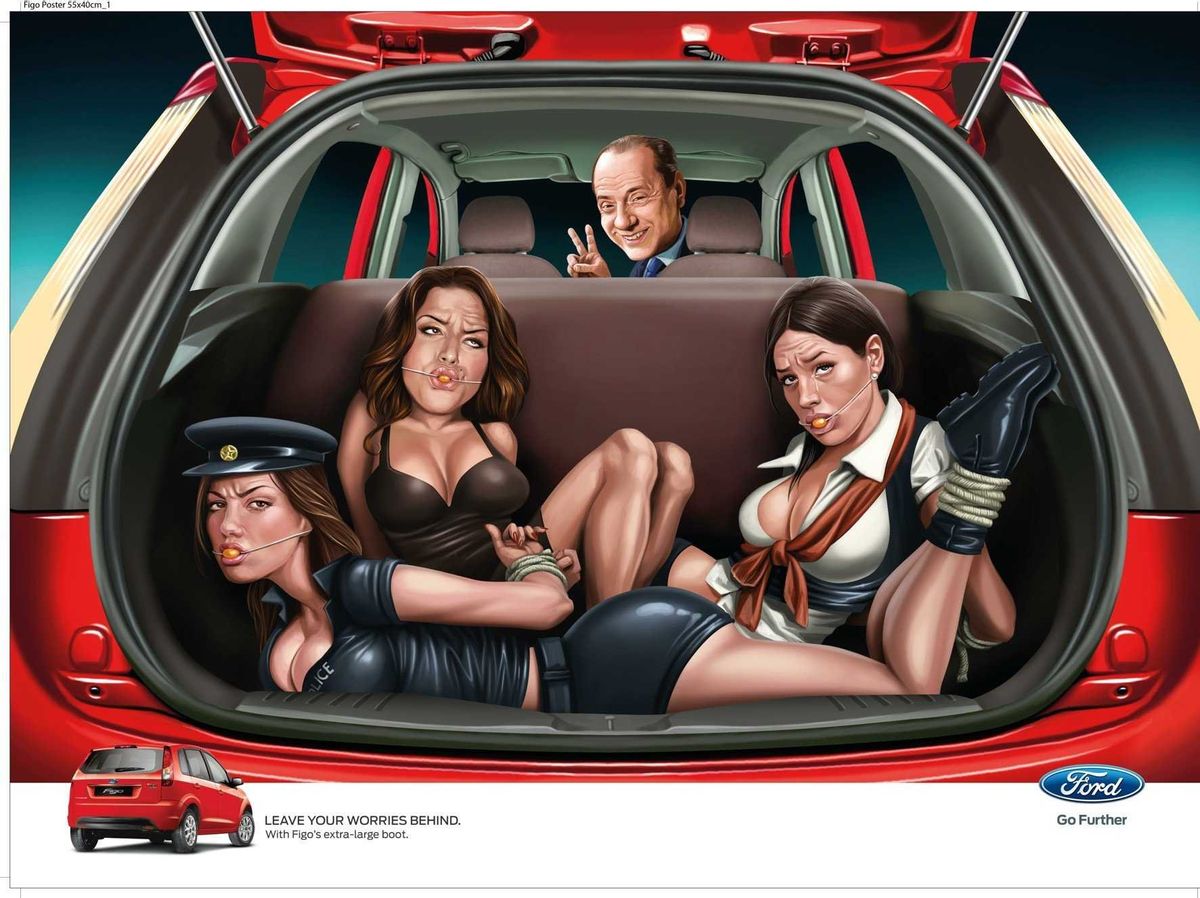 The Ford Motor Co. and Indian ad agency JWT issued an apology on Monday for a series of misogynistic ads depicting women with their hands and feet bound and mouths gagged being stowed in the trunk of a car.

The tag line? “Leave Your Worries Behind.”

In a statement to Business Insider, JWT apologized for the sexualized images of violence against women, explaining they were "never intended for publication":

We deeply regret the publishing of posters that were distasteful and contrary to the standards of professionalism and decency within WPP Group. These were never intended for paid publication and should never have been created, let alone uploaded to the internet. This was the result of individuals acting without proper oversight and appropriate actions have been taken within the agency where they work to deal with the situation.

Sounds vaguely reminiscent of a certain 17-year-old convicted rapists' statement that "No pictures should have been taken, let alone sent around,” no?

For its part, Ford added:

We deeply regret this incident and agree with our agency partners that it should have never happened. The posters are contrary to the standards of professionalism and decency within Ford and our agency partners. Together with our partners, we are reviewing approval and oversight processes to help ensure nothing like this ever happens again.

A second ad, also leaked online, depicts a caricature of Paris Hilton with the Kardashian sisters bound and gagged in the trunk of her car.