Is there anything 3-D printing can't do? 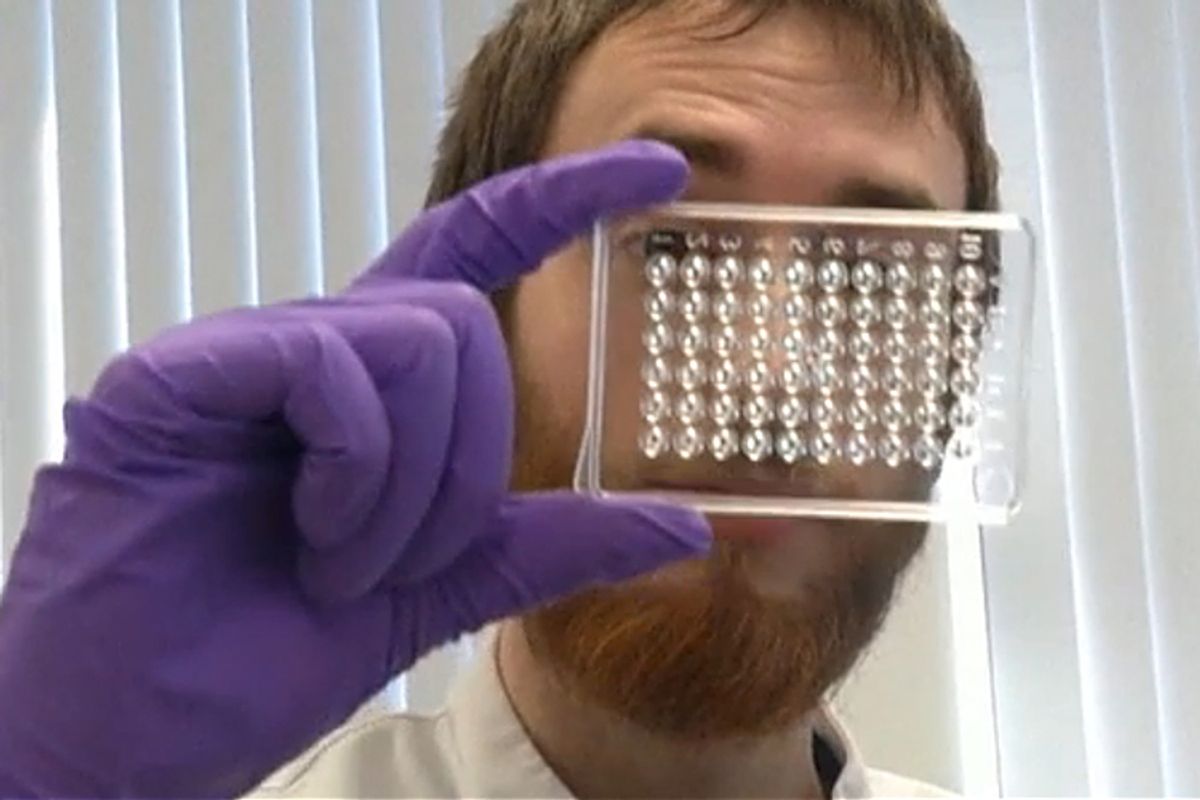 Just another Monday, and according to Twitter, by the end of the week, 3-D printers will be pumping out human organs, saving the world from climate change, and revolutionizing nanoscale micro-electronic manufacturing.

OK, "end of the week" might be a bit premature. Dig down deep on any of these news stories, and you will find a lot more in the way of "proof of concept" than actual 3-D manufactured reality. But it is still regularly amazing how fast the world of 3-D printing is moving. The "new hardware movement" is no joke. Advanced manufacturing technology is fast becoming a tool that can fit into any home or laboratory.

At Heriot-Watt University in Edinburgh, scientists have figured out how to "print" spheroids made of successive layers of embryonic stem cells using an "ink" that itself consists of stem cells.

"The technique will allow us to create more accurate human tissue models which are essential to in vitro drug development and toxicity-testing," said Dr. Shu, one of the scientists working on the project. "In the longer term, we envisage the technology being further developed to create viable 3-D organs for medical implantation from a patient’s own cells, eliminating the need for organ donation, immune suppression and the problem of transplant rejection.”

Meanwhile, researchers at Nanoscribe, a spinoff from the Karlsruhe Institute of Technology in Germany, have developed a second-generation 3-D microprinter that uses lasers to build microstructures a hundred times faster than the previous state-of-the-art technology. Never mind the joy of making your own garden gnome with a MakerBot, with the new tech from Nanoscribe scientists will be 3-D-printing objects that they won't even be able to see without a scanning electron microscope. DIY semiconductor chips, here we come.

But what does any of this have to do with climate change? Ultimately, this might be one of the most exciting implications of 3-D printing. When you can manufacture what you need when you need it at the physical location you need it, you no longer have to depend on transnational supply chains that burn tons of fossil fuel to get your garden gnome -- or silicon chip -- from a factory in southern China to your home in Saskatchewan. We hear a lot from both climate and trade activists about the necessity of localizing production; 3-D printing is a potent technology for relocalization.

Sure, we're years away from printing new kidneys on demand or being able to build our own iPhones from parts manufactured in our living room. And it will be a long, long time before the spread of 3-D printing makes a perceivable impact on mass-production economies of scale. But there's still a momentum to 3-D printing, in all its multifarious forms, that seems undeniable. It's going to be very difficult to keep track of all the crazy things people do with their new printing powers.