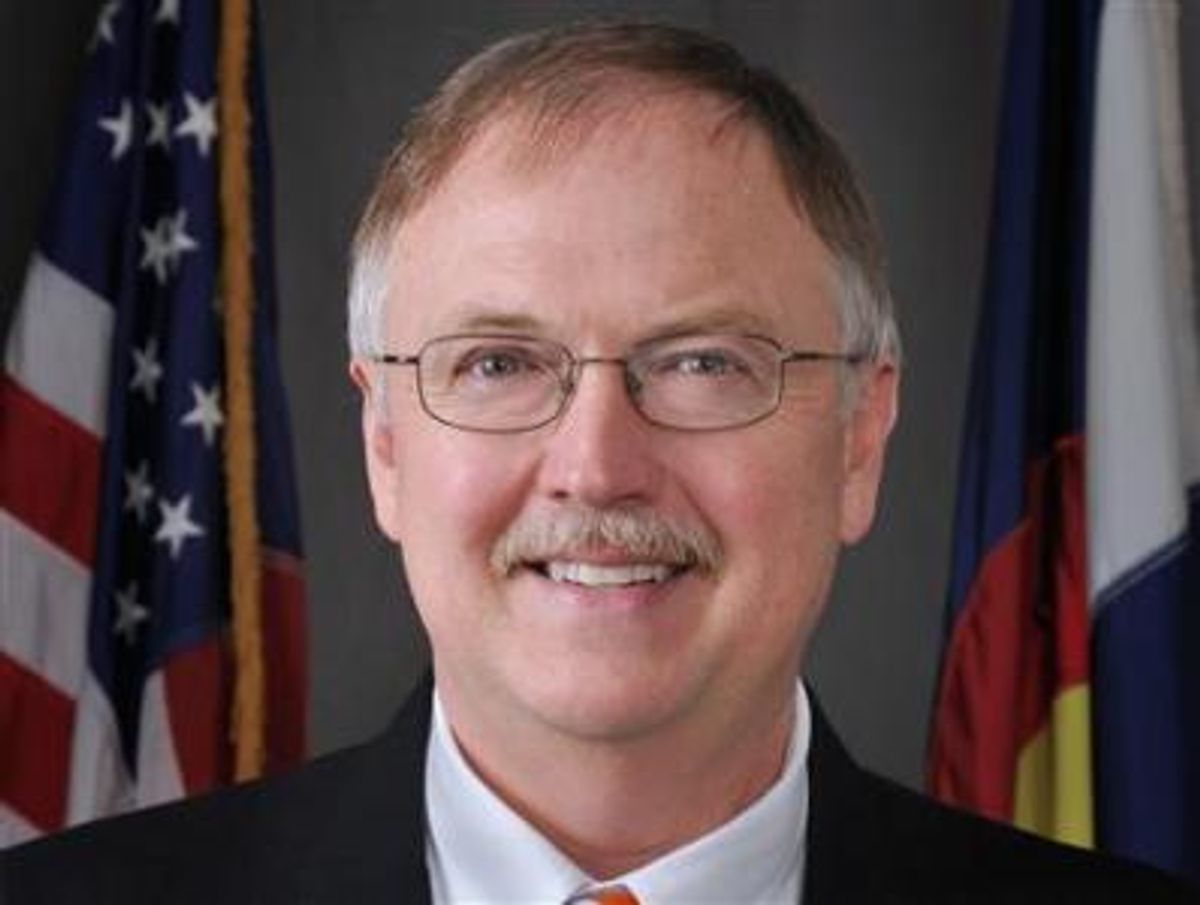 COLORADO SPRINGS, Colo. (AP) — The Colorado prisons chief who was gunned down as he answered his front door is being remembered at a memorial service.

The service for Tom Clements, 58, is set for Monday morning at New Life Church in Colorado Springs.

The director of the Colorado Department of Corrections was killed at his home Tuesday night in Monument, north of Colorado Springs.

A private funeral was held for him Sunday. He is survived by a wife and two daughters.

Evan Spencer Ebel, killed in a gunfight with Texas authorities Thursday, is a suspect.

Colorado authorities say evidence gathered in Texas provided a strong lead in the case but stressed investigators had not yet confirmed a link between the crime and Ebel.

Authorities say the car Ebel had in Texas was similar to one seen not far from Clements' home the night he was killed, and bullets Ebel fired at Texas police were the same caliber and brand as the bullet or bullets that killed Clements.

Ballistics tests are due sometime this week.

It remained unclear whether Clements was targeted when he was shot and why.

Officials say Ebel had been a member of the 211s, a white supremacist prison gang in Colorado. El Paso County sheriff's spokesman Lt. Jeff Kramer says investigators are trying to determine whether the 211 gang was involved in the killing.

Gov. John Hickenlooper, who hired Clements, has said that he is a longtime friend of the suspect's father, attorney Jack Ebel, who testified two years ago before state lawmakers that solitary confinement was destroying his son's psyche.

Hickenlooper confirmed he mentioned the case to Clements as an example of why the prison system needed reform before the job was offered, but the governor said he did not mention Evan Ebel by name.

There was no indication that Hickenlooper's relationship with the Jack Ebel played a role in the shooting. Hickenlooper said he did not having any role in Evan Ebel's parole in January.