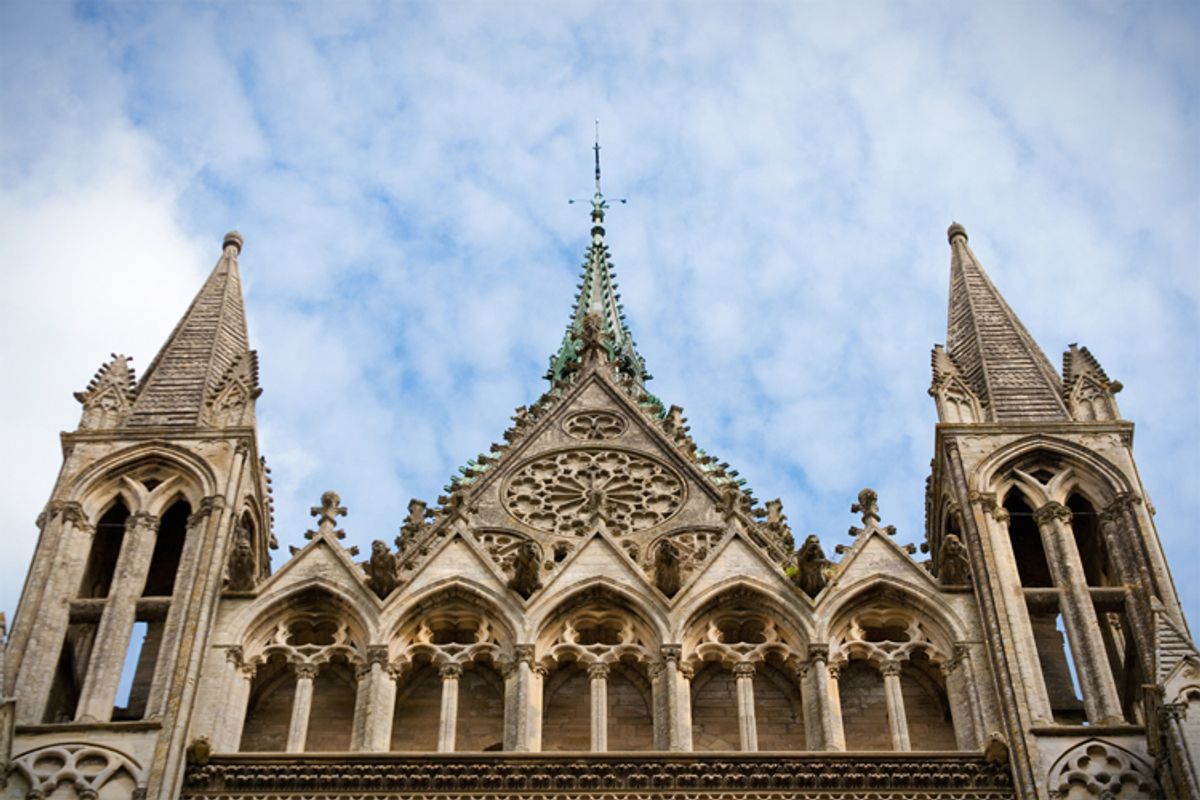 Raised without religion, they are flummoxed by the practices and customs that accompany a Catholic ritual. Though he himself left the church as a teenager in the 1960s, he’s ambivalent about the loss of a binding and, at times, beautiful religious culture.

“People are rejecting something they don’t even remember,” said O’Doherty, whose 2008 book "Empty Pulpits: Ireland’s Retreat from Religion" chronicled the impact of secularization on Ireland. “We may have only a sterile, secular culture that looks at the Catholic Church as an army of priests raping children.”

As Pope Francis takes over the global church, O’Doherty, like many church-watchers in Northern Ireland and the Republic of Ireland, ascribe the religion’s current troubles to secularization. In 1946, Pope Paul VI called Ireland “the most Catholic country,” but starting in the mid-1960s, a growing number of the Irish — like many in Western Europe and the United States — began questioning the authority of religious institutions. Today, the percentage of Irish practitioners remains high compared with most of the rest of Europe.

But attendance at weekly Mass continues to decline, also reflecting fallout from two decades of revelations about clergy sexual abuse. William Crawley, a BBC journalist who covers religion in Belfast, agreed that secularization and the sex abuse crisis have dealt a one-two punch to the faithful.

“People are rejecting something they don’t even remember.”

“There’s no stigma in not going to church,” said Crawley, who is an ordained Presbyterian minister. ”In fact there’s a stigma to going. Parents need to explain why they are sending their children to church.”

Although Catholicism is declining in both the north and the south, the situation is different in each country. The south is 84 percent Catholic, while the north is 48 percent. In both places, however, the number of those practicing their faith is significantly lower than those who just check the census box. According to Archbishop Diarmuid Martin of Dublin, in 1984, nearly 90 percent of Irish Catholics went to weekly Mass. In 2011, only 18 percent did. Numbers in the north are harder to come by. Rev. Edward McGee, spokesman for the Diocese of Down and Connor, where Belfast is located, said his jurisdiction has no longitudinal surveys on membership or attendance.

That may be why northerners like McGee say the church merely faces challenges, while southerners tend to call the current situation a “crisis.”

“Northern Catholics were a persecuted people, those in the south were more like landed gentry,” said Rev. Gary Toman, Catholic chaplain at Queens University. “There is a very different experience of being [part of the] church in the north. We came through a difficult time during the Troubles and were grounded in the community.”

The Troubles, which started in the 1960s and ended in the “Good Friday” agreement of 1998, was a period of ethnic and religious violence between Protestants and Catholics. According to O’Doherty, years of fighting helped make Catholicism as much an ethnic and political identity as a religious one.

Another reason for the church’s relative strength in the north may be that neither the northern dioceses nor the local government have thoroughly investigated clergy sexual abuse.

A series of church-based and government investigations in the south revealed widespread abuse of children as well as illicit heterosexual relationships extending over the last quarter of 20th century. Compounding the problem, offending priests had been reassigned by bishops, seeking to cover up or ignore problems.

The revelations were particularly painful for a population that revered priests and saw the church as its social bedrock. In 2010, Pope Benedict apologized to the Irish Church, admitting there had been “serious mistakes.” But victims’ groups felt the statement did not go far enough in accepting responsibility or positing change.

Adding insult to injury, the church may ask parishioners to help pay settlements for abuse victims. The estimated cost of claims is 1.36 billion euros (about $1.75 billion). Since the Catholic Church is a state institution in Ireland, the government is expected to pay part of the bill, but wants religious orders and the dioceses to help.

Still, an ongoing economic slump as well as dwindling numbers of worshippers have made collecting donations difficult. In 2011, a leaked document suggested fining local parishes to help pay costs.

The church, which is the biggest property owner in the south, has been slow to turn over real estate to be sold for compensation. As of last year, a third of the buildings promised in 2002 have yet to be handed over to the state. Some of the buildings may be held in trust and unable to be transferred; others are protected by an indemnity agreement that in 2002 capped the amounts owed by 18 religious orders.

Anger over the handling of the abuse crisis has fueled calls by reformers for a more democratic church. According to Rev. Sean McDonagh, head of the Association for Catholic Priests, the clergy now needs to catch up with laity — the legion of faithful.

“The laity is way ahead of the bishops in terms of the ordination of gays and women,” said McDonagh, referring to two issues that many reformers consider basic. “I’d like to see the church as a communion of equals. The question is: How do we get there?”