Age jokes, fertility jokes, Strom Thurmond jokes. There was something for everyone at the Supreme Court on Tuesday 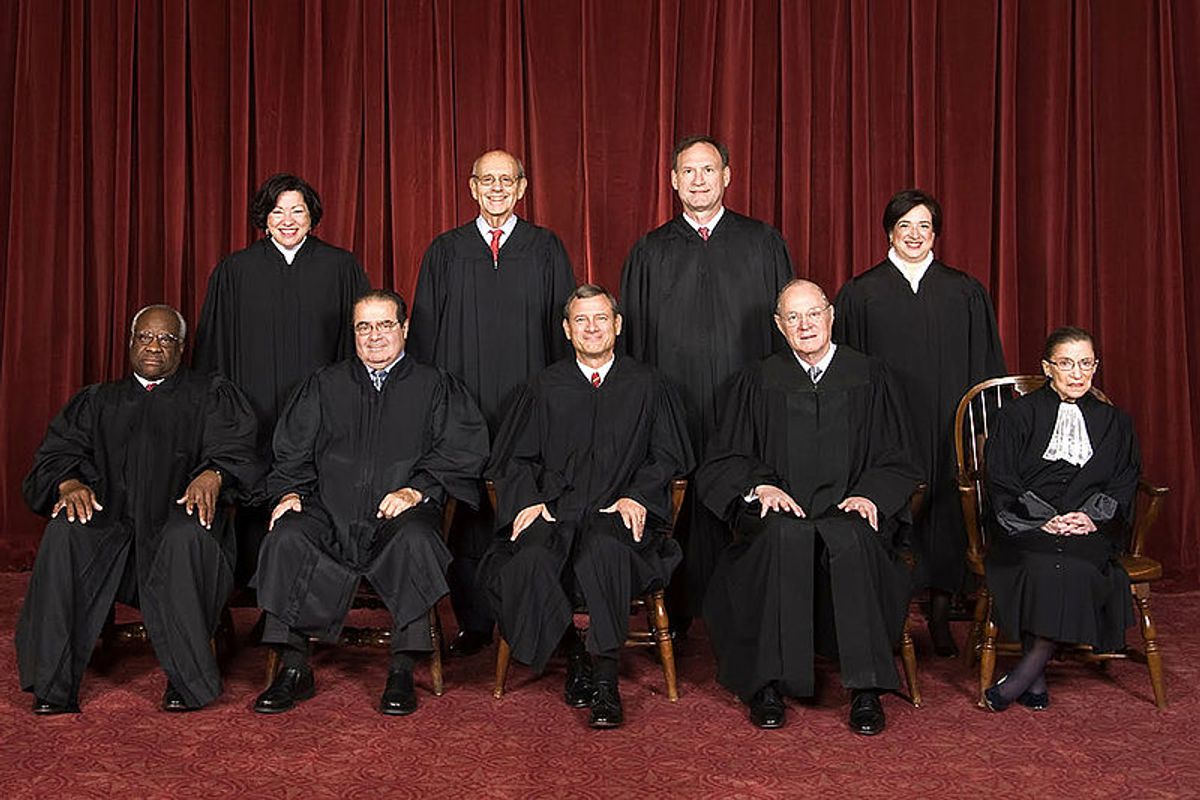 The Supreme Court ruling on Proposition 8 is serious business, but that doesn't mean the justices can't get cheeky while deciding the fate of California's same-sex couples.

There were several laugh breaks during Tuesday morning's oral arguments, which lasted just over an hour.

Let us yuk along with them:

Justice Elena Kagan gives Charles Cooper, the lawyer arguing in favor of Proposition 8, some real talk about having babies over age 55

JUSTICE KAGAN: Well, suppose a State said, Mr. Cooper, suppose a State said that, Because we think that the focus of marriage really should be on procreation, we are not going to give marriage licenses anymore to any couple where both people are over the age of 55. Would that be constitutional?

MR. COOPER: No, Your Honor, it would not be constitutional.

JUSTICE KAGAN: Because that's the same State interest, I would think, you know. If you are over the age of 55, you don't help us serve the Government's interest in regulating procreation through marriage. So why is that different?

MR. COOPER: Your honor, even with respect to couples over the age off 55, it's very rare that both couples -- both parties to the couple are infertile and  the traditional -­ (Laughter.)

JUSTICE KAGAN: No, really, because if the couple -- I can just assure you, if both the woman and the man are over the age of, there are not a lot of children coming out of that marriage. (Laughter.)

JUSTICE SCALIA: I suppose we could have a questionnaire at the marriage desk when people come in to get the marriage -- you know, Are you fertile or are you not fertile? (Laughter.)

Scalia then jokes (obtusely) about Strom Thurmond being very, very old when he married his very, very young wife

JUSTICE KAGAN: Well, I just asked about age. I didn't ask about anything else. That's not -­- we ask about people's age all the time.

MR. COOPER: Your Honor, and even asking about age, you would have to ask if both parties are infertile. Again -­-

JUSTICE SCALIA: Strom Thurmond was -- was not the chairman of the Senate committee when Justice Kagan was confirmed.