SCOTUS: No sniffs without a warrant 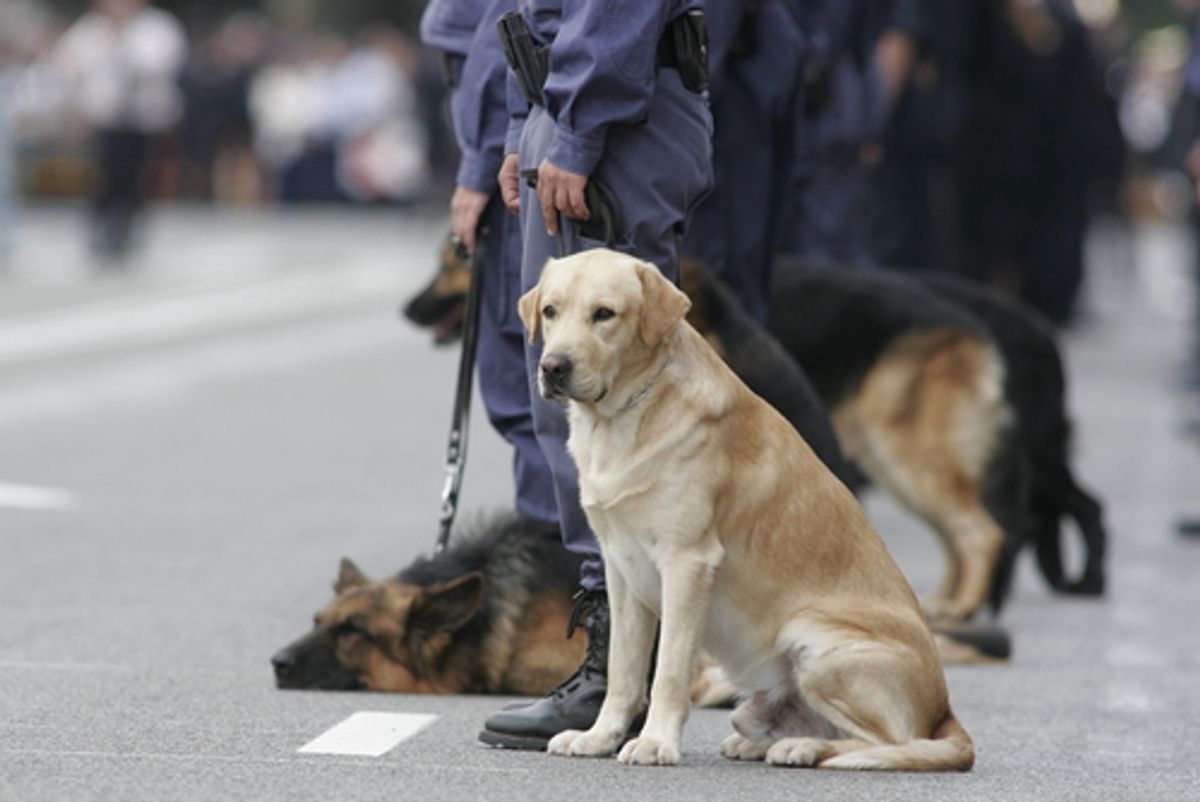 The Supreme Court ruled Tuesday that police could only use sniffer dogs to investigate a property and its surroundings if they first obtained a warrant. "A police officer not armed with a warrant may approach a home and knock, precisely because that is no more than any private citizen might do," Justice Antonin Scalia wrote for the 5-4 majority decision.

The decision upheld a 2011 ruling by the Florida Supreme Court suppressing evidence uncovered at Joelis Jardines' home with the help of Franky, a chocolate Labrador retriever with a strong record of sniffing out drug stashes. The Economist explained the justices' reasoning, the decision and its relevance to privacy laws more broadly:

"The home", Justice Scalia wrote in the Court's opinion, "is first among equals", and for fourth-amendment purposes the curtilage is part of the home. The police need not divert their gaze from private homes as they walk down the street, and they can even knock on the front door and ask questions, just as anyone else might do. But they cannot bring drug-sniffing dogs onto the porch without invitation or a warrant. This distinction, Justice Scalia notes, "does not require fine-grained legal knowledge; it is generally managed without incident by the Nation's Girl Scouts and trick-or-treaters." Justice Kagan wrote a similarly plain-spoken concurrence. The police bringing a drug-sniffing dog onto the porch uninvited and unwarranted is as much a trespass as a stranger walking up to your front door, not knocking or saying hello, and peering through your window with high-powered binoculars. Justices Alito, Roberts, Kennedy and Breyer dissented, arguing that the majority's definition of trespass is unsupported in precedent, and that "odors emanating from a house may be detected from locations that are open to the public". That the member of the public detecting those odors happened to be a dog rather than a human was neither here nor there.

Civil-libertarians will rightly celebrate this decision, but it deserves only two cheers. It pertains strictly to physical property, and to domestic physical property (ie, the home), which as Justice Scalia noted already enjoys strong fourth-amendment protection. The third cheer will come when the Court extends similarly robust protection to data and metadata. That, alas, still seems a long way off.