Sure, no one came out to see "Atlas Shrugged," parts 1 and 2. Why not pay for a third one? 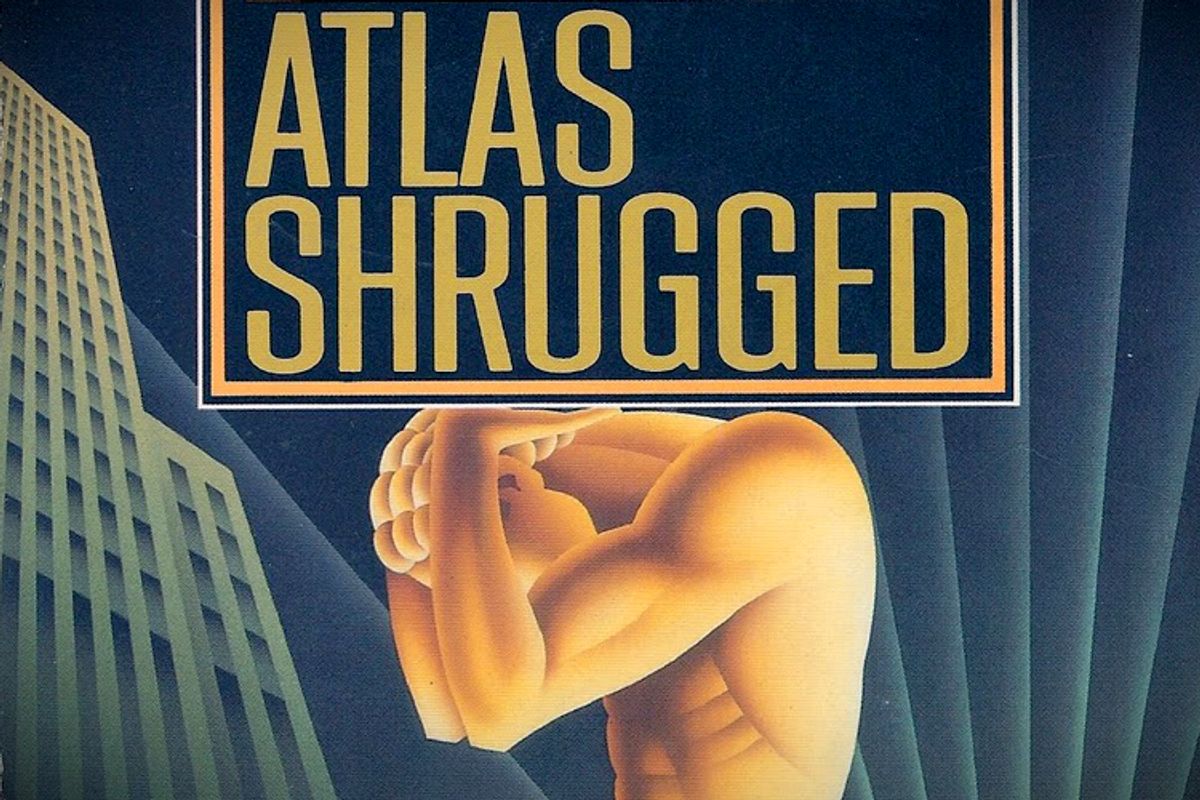 Libertarian icon Ayn Rand's 1957 novel "Atlas Shrugged" tells the story of a group of productive citizens going into hiding and refusing to support civilization any longer.

It's likely a story that rings truer than ever for the team behind the film adaptation, who have seen a seemingly huge prospective audience of Rand readers refuse to come out and see their two-part opus. ("Atlas Shrugged: Part I" made $4.6 million, on a budget of $20 million, in 2011; "Part II" made $3.4 million in 2012.)

But the team behind the films, producers John Aglialoro and Harmon Kaslow, have announced that they will be funding a third installment, scheduled for release in 2014. (Aglialoro is a CEO of the fitness-equipment company Cybex and a poker player; Kaslow is a producer of horror films including "Night Train," "Autopsy" and "Boo.")

In a video released by the production team, Kaslow asks, "How do we make this cinematic? Trying to understand ... what is adapting this book? How do you adapt this book?"

Aglialoro adds, "We're going to have a director who is collaborative. Who is intelligent, who knows the business[...] I don't care if I've got to fire five directors -- that's fine. We're going to get it right." No director is currently attached.

Those who can't wait for the film can purchase an official movie tie-in money clip or Vineyard Vines "Who Is John Galt?" tie, both sold by the production company for $79.95 -- a nice stream of income for a movie franchise that hasn't caught on in theaters yet.