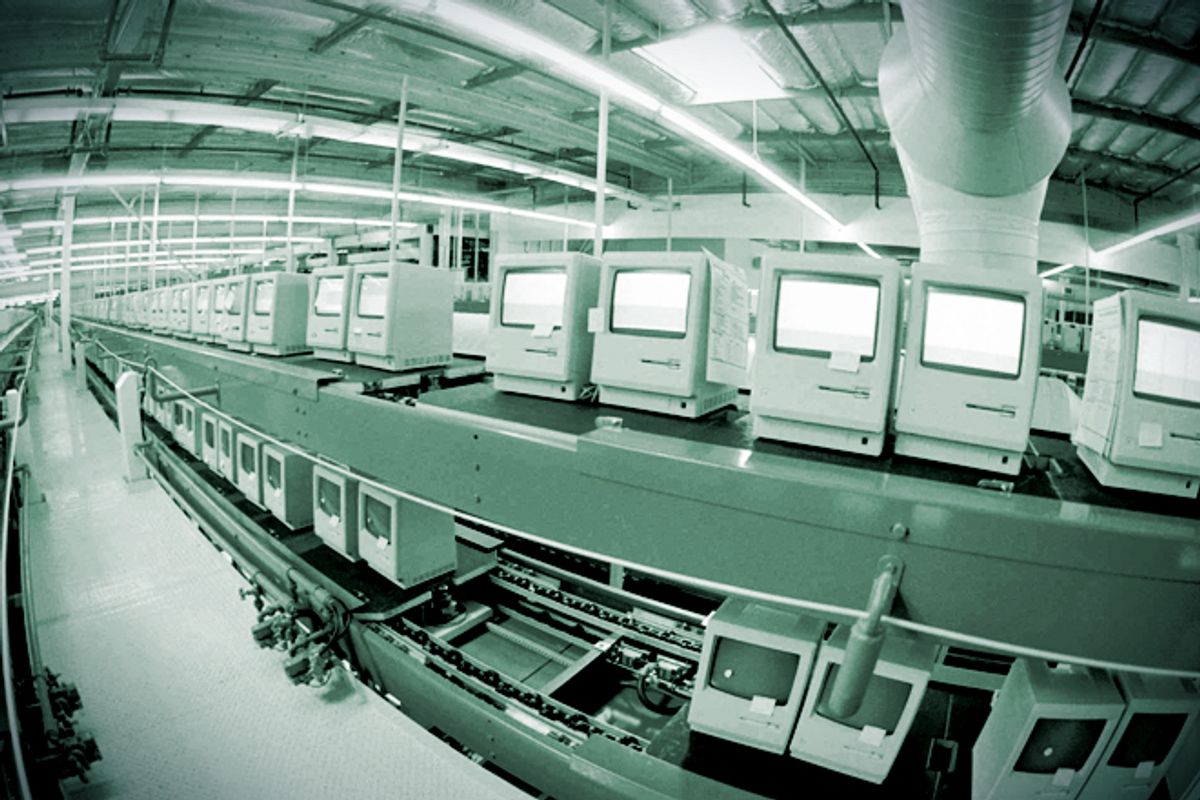 HONG KONG, China — The Chinese are no exception when it comes to Apple users' loyalty, and they’re coming to the iPhone maker’s defense following a widespread state media campaign accusing the Cupertino, Calif. company of greed and arrogance.

One of the latest salvos came in an op-ed today in the Communist Party mouthpiece People's Daily that ripped into the computer company under the headline "Destroy Apple's Unparalleled Arrogance."

It accuses Apple of "Westerners' traditional sense of superiority" in its policies toward China. Although China requires all companies to offer two-year warranties for thier products, Apple has only a one-year global warranty for its devices, according to People's Daily.

The article denounces Apple for being greedy, profit-driven, and "arrogant" in what Beijing commentator Bill Bishop calls a "fairly nasty nationalist tone."

The op-ed comes on the heels of other anti-Apple news reports and editorial cartoons in state-run media.

“Apple must change its policy, or the administrative law enforcement authorities will severely deal with (them) in accordance with the relevant laws and rules,” an unidentified official told CCTV, Reuters reported.

Apple has denied all allegations it treats Chinese customers differently. The company responded to the CCTV report by saying its 90-day guarantee is 30 days longer than required by Chinese law, and defending its warranty by saying it's largely the same in China as in the United States and elsewhere in the world.

What's going on? Many believe Beijing is trying to batter one of the top luxury brands in China to help homegrown manufacturers whose products remain on store shelves.

As with other arenas in which Chinese companies compete with foreign multinationals, Beijing hasn't refrained from trying to tilt the field in China's favor. Experts believe officials see little difference between large, Western-headquartered private businesses and foreign governments.

However, the initial CCTV report went over with more of a thud than a bang after it was quickly discovered that CCTV had hired or recruited celebrities to criticize Apple on Weibo, China's Twitter.

Actor Peter Ho posted a message that lashed out at Apple then ended with "publish around 8.20 pm."

Ho said someone had hacked his account, but no one was buying it.

Instead, bloggers and commentators lashed out at state media.

“Stop pretending,” one blogger replied, according to SCMP. “I guess CCTV will now ask for a refund, huh?”