Gay marriage's gay holdouts: The progressive who thinks this is the wrong fight 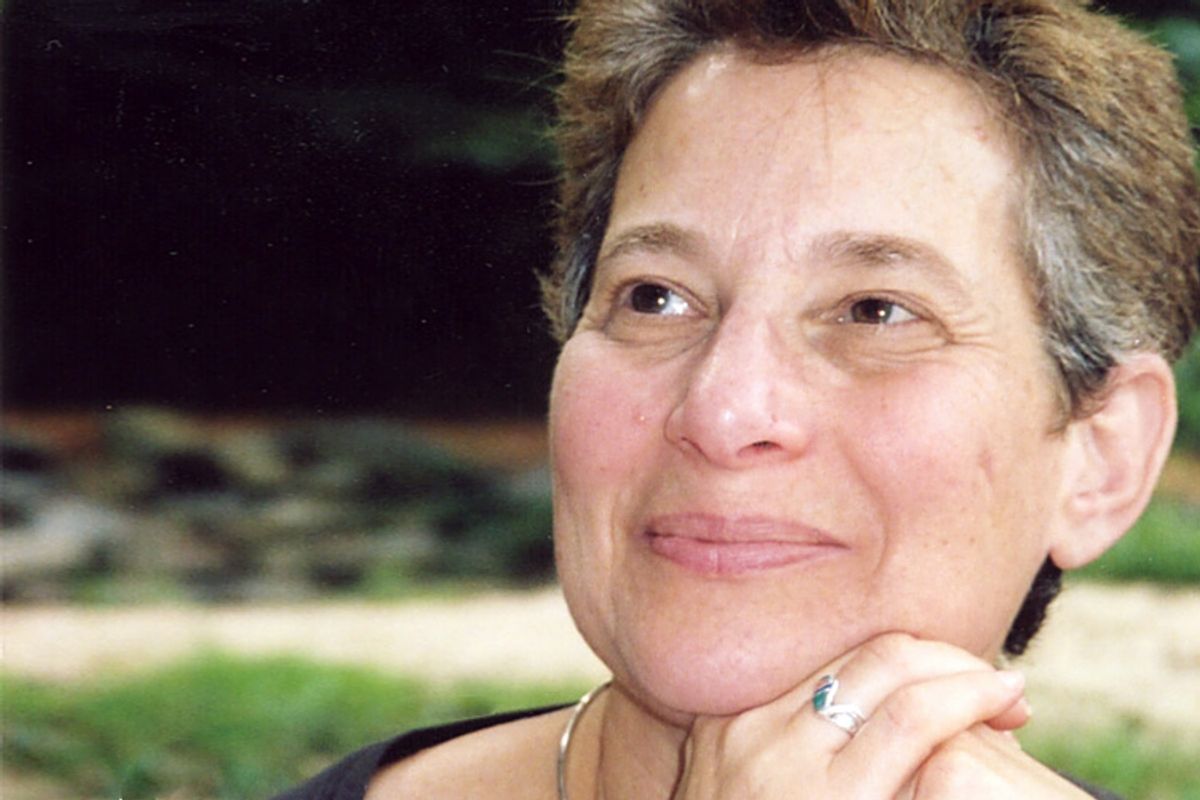 The sea of red "equal" signs on Facebook over the past two days might lead the casual clicker to believe that all progressives are united in support of gay marriage. But there are a handful of holdouts.

Nancy Polikoff, a professor of law at American University, is among a small group of queer academics and activists who have opposed the growing drumbeat in favor of gay marriage. The author of "Beyond (Straight and Gay) Marriage" is among the proponents of a critique of "marriage equality" hinging on the pitfalls of marriage itself -- Polikoff argues that there should be options for couples other than marriage, an institution that blends church and state.

Polikoff and some other academics and activists had hoped the conversation about marriage would go in a different direction, perhaps even abolishing the idea of “marriage” as a contract issued by the state.

Once gay people are just like everyone else, many of these critics argue, they won't be able to fight for new definitions of legally recognized unions that are less binding, or less restrictive. They imagined something different than being pulled into marriage, an institution often tied closely to the church, defined conservatively by the state, and celebrated as the ultimate achievement of any individual.

"What gets swept away is this interesting critique that came out of gay culture and the feminist movement. It's all been reduced to wedding cakes," said William Dobbs, who was active in the early years of ACT UP.

Had history bent a different way, the gay movement might still be fighting for measures of equality beyond marriage and more pertinent to broader social justice. At least, that's what Polikoff and those like her believe. The sex columnist Dan Savage disagrees.

"Some people took pride in that, that outlaw status," Savage told Salon. "The people who were into the outlaw thing, they felt like part of the tribe, but there were people in that tribe that felt they were not there by their own free choice. The minute that they got the option to walk away, they did. That's driving some of the people who identified as outlaws a bit crazy. They thought they were in a parade and they weren't; it was a forced march."

Polikoff, however, continues to fight against the tide, with her recent book advocating the end of marriage as an institution bestowing legal privileges. As the Supreme Court debates gay marriage, Polikoff, herself a lesbian, spoke to Salon about how the fight for marriage got so far so quickly -- and why she and other critics from the left are hoping for more sweeping and systemic change in how we view marriage.

Can you talk a little about your background opposing marriage?

I'd have to trace it to feminism in the 1970s and a critique of institution of marriage. There are these two essays by Tom Stoddard and Paula Ettelbrick that are relatively short and have gotten this iconic status over the years. Tom was executive director of Lambda Legal and Paula was legal director and they wrote this pair of essays, published in 1989. Paula and I were buddies and I was one of the people who worked on that piece with her. [Ettelbrick took an anti-marriage view with an essay titled "Since When Is Marriage a Path to Liberation?"]

My critique of marriage stems from the 1970s. As gay people began talking about this more, there were these questions about using the resources of fledgling legal groups on marriage. There was a significant contingent of people who identified as feminists who said, "This is the wrong approach, this isn't what we should be doing." That viewpoint carried the day for a long time. My point of view dates back to long before where we are now.

What changed the mainstream view of marriage among gay people from a lost cause to something to which so much energy should be devoted?

Logistically, what happened was the Hawaii case [declaring, in 1993, that banning same-sex marriage violated the state Constitution], which was not brought by any gay rights organizations. It was brought by a lawyer in Hawaii. When that case was decided in 1993 by the Hawaii Supreme Court and said that state has to prove a really good reason for preventing gay couples from marrying: That was a game changer. That was the first time a state's highest court said this might be a violation of our Constitution. And gay people realized: We might be able to win marriage.

From that point on, gay rights legal groups did start committing resources. The case was going to keep being litigated in Hawaii, and it was going to go forward with or without help. If there was expertise in [gay-rights] organizations, they would want them to be done well. The Hawaii decision led to state actions and federal actions in terms of DOMA. DOMA is passed in 1996; that wouldn't have happened without the Hawaii decision.

During the same period, there was another shift going on about marriage. When Dan Quayle made the "Murphy Brown" speech [in which he decried the TV character's decision to become a single mother], the reaction was uniformly negative. People accused him from all sides of being out of touch with the times and unnecessarily disrespecting single women. There was universal disapproval of his statement. One year later, there was a cover story on the Atlantic magazine and the cover story was "Dan Quayle was right." Bill Clinton said there was a lot that was good about that speech. Suddenly the country is blaming social problems on the decline of marriage. David Blankenhorn's "Fatherless America" said lesbians raising children was "radical fatherlessness." They were blaming every social problem on the decline of lifelong heterosexual marriage.

And so the movement for same-sex marriage has been able to latch on to an ideology that identifies marriage as solution to all our social problems. That ideology lets off the hook income inequality, racism, discrimination and unemployment. It takes a look at all of the things many of us would identify as serious social problems that lead to real consequences and says none of those are the problem! For instance: "People aren't getting married before they have children." The movement for marriage equality has been able to piggyback onto that and say, "Let us marry, marriage is the bedrock institution of society and we want in! Can't we just agree -- everyone should be married and everyone should be married before they have children." This strain from the 1990s allows conservatives to say this is a conservative issue.

So do you have mixed feelings about the Supreme Court case, and which side you want to win?

DOMA is unconstitutional. But the denial of access to marriage has come to stand in for the equal dignity and worth of gay people and our relationships. The side that doesn't want gay people to marry makes arguments that I 100 percent disagree with. The side that wants to allow same-sex marriage to couples makes many arguments that I disagree with but makes many arguments I do agree with. I'm not conflicted about how the cases should turn out. That doesn't mean I think this direction for family policy is the most constructive approach to how we organize our lives.

Do you think marriage is inherently a sexist institution?

If you were to look at the original purposes of marriage going back numerous centuries when marriage was really about property, I would say that was true. I wouldn't say that in the modern context of how people talk about marriage.

To me, the important thing is eliminating marriage as the dividing line between relationships that count in the law and relationships that don't. Marriage is an on-off switch for many legal consequences that matter to people. I'd like there to be more nuanced dividing lines as to who's in and who's out, for economically and emotionally interdependent units. If one person goes to work and is killed on the job, that unit is going to lose income it depended on. It shouldn't matter whether that's a unit based on marriage -- what matters is there was an economically and emotionally interdependent household that has lost income. In many places, you get it if you're married, you don't get it if you're not. For family policy purposes, we need to be evaluating the areas where marriage is an on-off switch.

But this is hard to sell to the American public -- especially in comparison to something as easily understood as marriage equality.

In the current context, it's a lot harder to talk about in a sound bite, but how easy it is to discuss something in a sound bite has nothing to do with justice. I am proposing something less efficient than having a single on-off switch. The Supreme Court decided decades ago there are higher values than speed and efficiency when it comes to evaluating relationships. Husbands used to have control of every decision in marriage, and that was very efficient. I want this bright line to change because I don't think it's just.

Do you feel that the push for marriage equality has changed what it's like to be gay?

In the current moment, it has come to stand in for full respect as a human being. Practically everyone wants to feel like they belong. For many gay people, they don't want to be outsiders. This is a way of demonstrating belonging to the larger community. The problem is, when you read many of the briefs, it makes it seem like the way you show you're a full adult citizen belonging to the community is by getting married. That is not how the lives of most heterosexuals operate, to the chagrin of right-wing supporters of same-sex marriage, and it hasn't been how the lives of homosexuals operate.