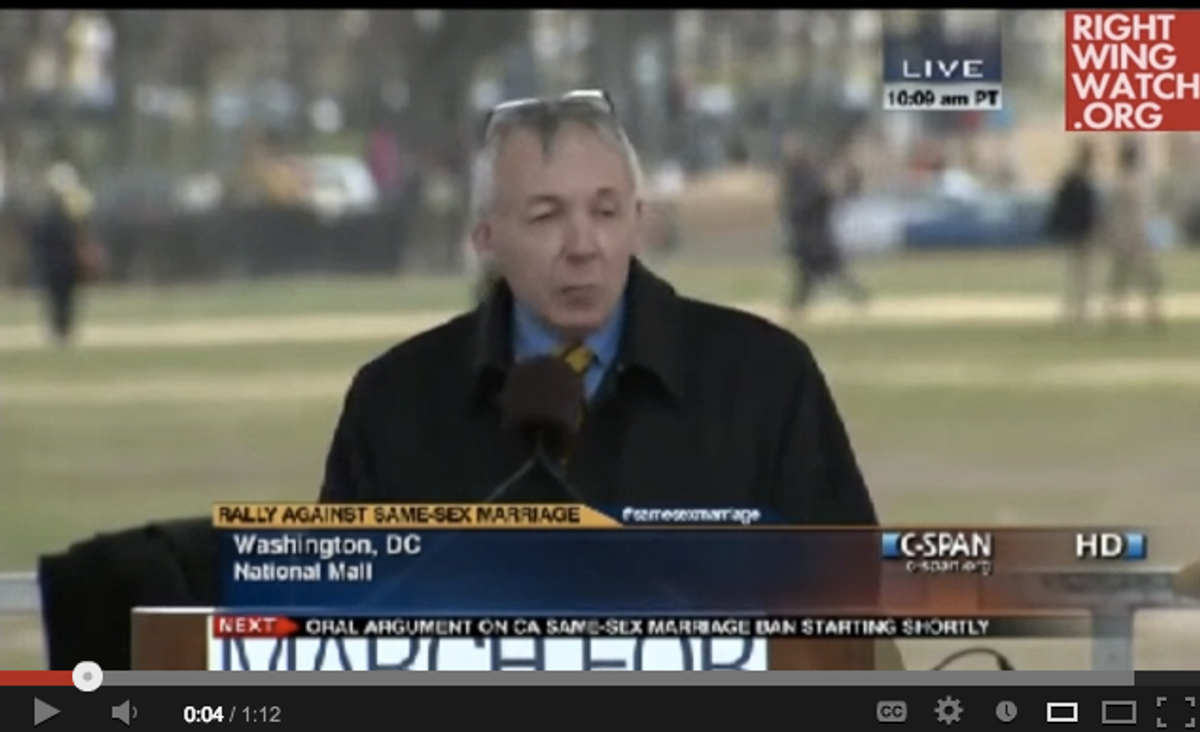 Doug Mainwaring, the openly gay founder of the National Capital Tea Party Patriots, spoke at the National Organization for Marriage’s rally on the National Mall on Tuesday, warning that marriage equality will “unravel” marriage and “undefine children.”

He also generously absolved the men and women protesting with him to deny gay couples equal access to the rights and benefits of marriage of any homophobia that might ground their position:

“As a gay man, I can state categorically, it is not homophobic to oppose same-sex marriage.”