If Republicans shift on gay marriage, he said, they risk losing "a large part of their base" 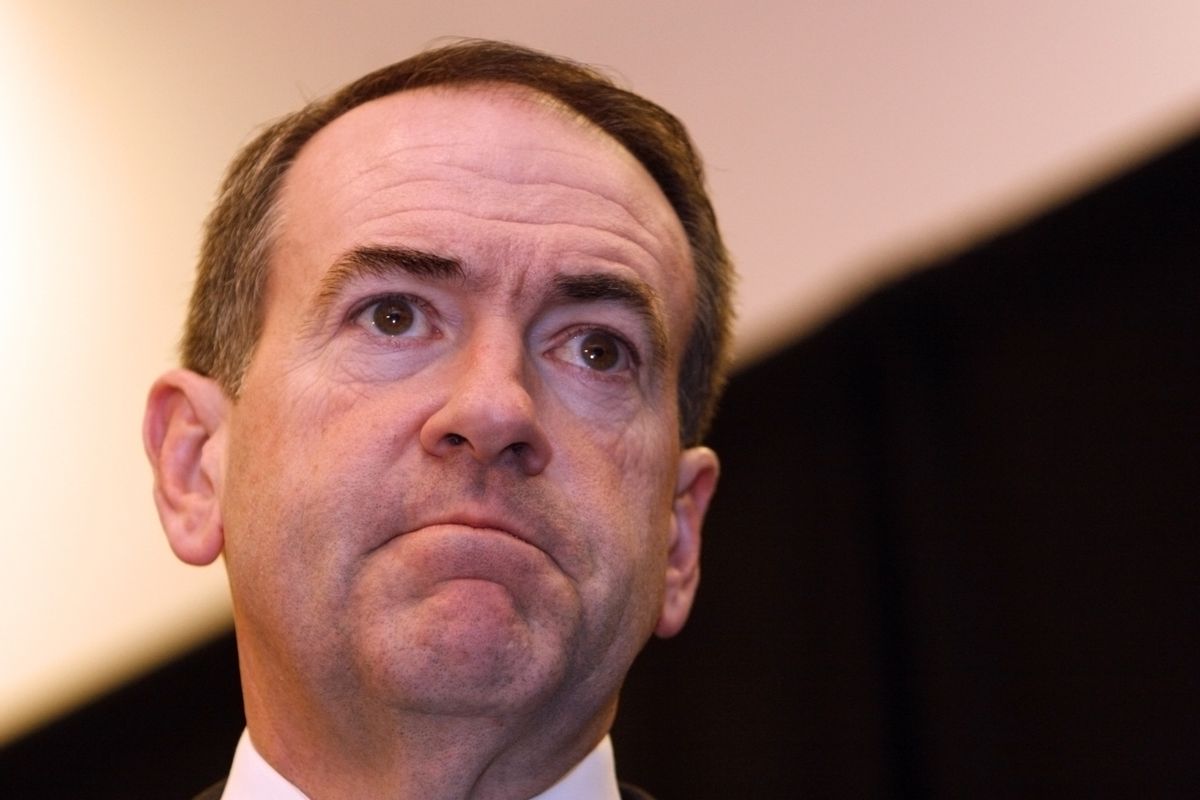 Former Arkansas Governor Mike Huckabee speaks to a group of supporters during a campaign stop in Madison, Wisconsin in February, 2008. (Juli Hansen via Shutterstock)
--

Though some conservatives are shifting course and backing gay marriage -- like Bill O'Reilly and Sen. Rob Portman, for example -- Mike Huckabee remains adamant that if Republicans change course they will lose the support of evangelicals.

Republicans may begin to support gay marriage in full force, Huckabee said, "And if they do, they’re going to lose a large part of their base because evangelicals will take a walk."

“And it’s not because there’s an anti-homosexual mood, and nobody’s homophobic that I know of, but many of us, and I consider myself included, base our standards not on the latest Washington Post poll, but on an objective standard, not a subjective standard," he told Newsmax.

Huckabee continued: “I have great sympathy and extraordinary admiration for Sen. Portman. I consider him a friend and I value his work in the Senate and think he’s a great person. The mistake is that we sometimes base our public policy decisions on how we feel, how we think, maybe even some personal experiences, and we don’t regard a lot of these issues from the standpoint of an objective standard."