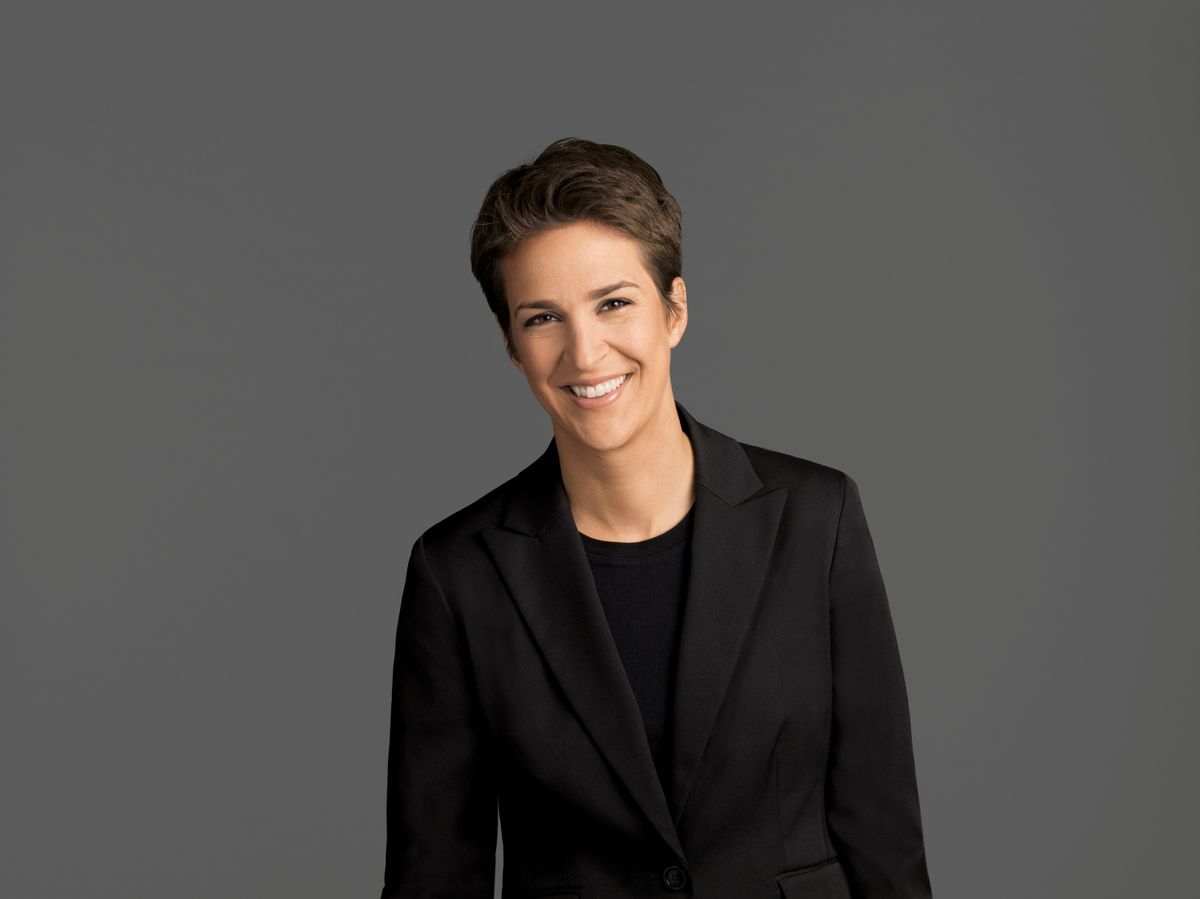 Rachel Maddow tells Salon that she is rooting for newly hired "Fox and Friends" weekend anchor Tucker Carlson -- the man who helped bring her on board at MSNBC.

In a recent New Republic cover story on the liberal-leaning cable news network, Rebecca Dana wrote: "In 2005, Tucker Carlson’s team brought Rachel Maddow into the network based on a tape her agent sent them. Maddow wasn’t Griffin’s style—she didn’t look like a Fox blonde—but Carlson insisted that she stay on, and Maddow quickly proved herself to be erudite and winning on-air."

Surprising, considering that Carlson is now the editor in chief of the conservative Daily Caller and seems like a natural fit at "Fox and Friends." But, Maddow told Salon via email, there's truth to it:

Lots of people did right by me on my way to getting this sweet gig: Lizz Winstead and Shelley Lewis hired me at Air America Radio, Pat Buchanan told MSNBC “I like that liberal gal!” after my earliest TV appearances and that really helped me get subsequent appearances, [booker] Betsy Goldman bent over backwards to make sure I was in the auditions when Tucker Carlson’s show was casting for a panel, Tucker and Bill Wolff (Tucker’s EP then and my EP now) hired me for that panel, Keith Olbermann asked me to guest host Countdown and advocated in forceful terms for me to get my own show, and of course Phil Griffin believed in me, got me lots of airtime, gave me those guest-hosting gigs, and then finally made the decision to give me the host chair at 9PM. I’m grateful to all of them. Tucker and I agree on just about nothing, but he has always been kind to me, and a fun person to fight with. I wish him all the best.