Petraeus apologizes for affair with an eye toward what's next

Petraeus says he's "keenly aware" that the public views him in a different light, but his life "can and must go on" 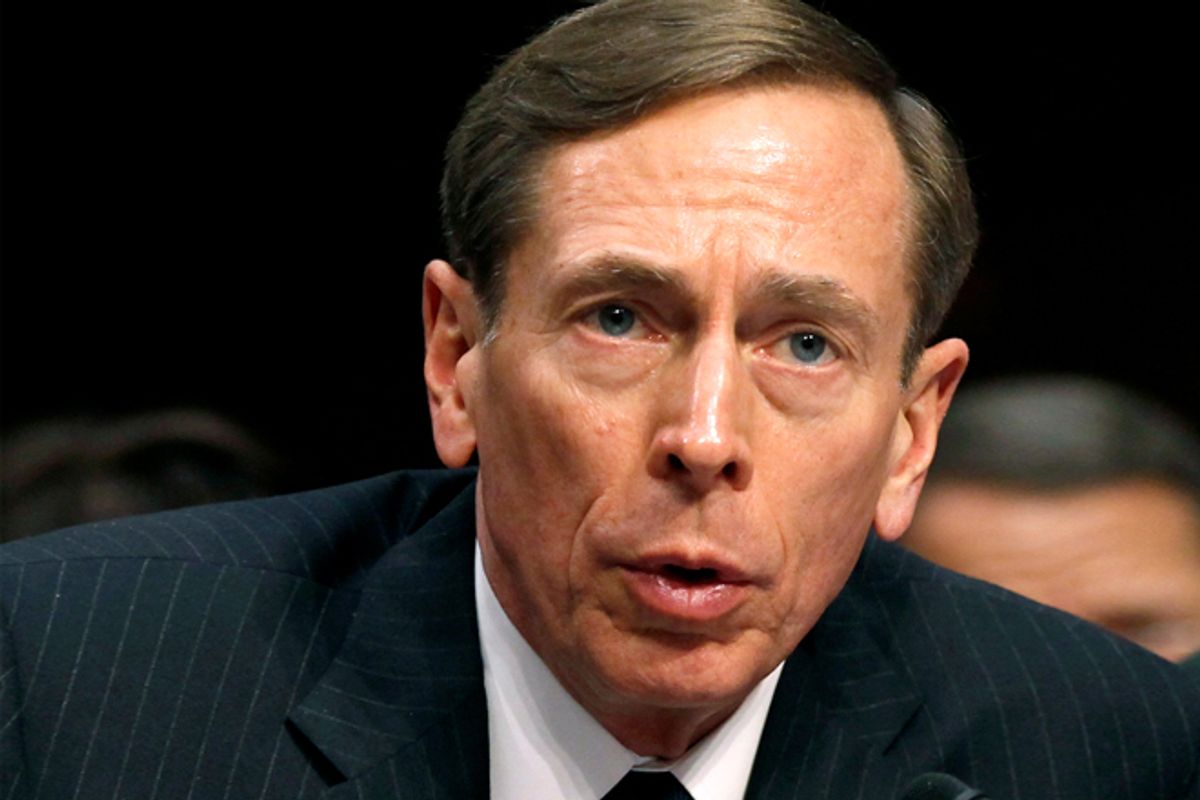 In his first major public speech since November, David Petraeus apologized Tuesday for the affair that led to his resignation as the head of the Central Intelligence Agency.

Addressing a crowd of veterans and ROTC members at the University of Southern California, Petraeus spoke of his "personal journey" since resigning from the top intelligence role, and apologized for the pain his affair with biographer Paula Broadwell caused family, friends and supporters:

I join you keenly aware that I am regarded in a different light now than I was a year ago.

I am also keenly aware that the reason for my recent journey was my own doing. So please allow me to begin my remarks this evening by reiterating how deeply I regret — and apologize for — the circumstances that led me to resign from the C.I.A. and caused such pain for my family, friends and supporters.

But as the New York Times reports, Petraeus has remained active in political circles since news of the scandal broke:

In recent months, however, Mr. Petraeus has increasingly appeared in public for lunches and dinners with former colleagues, foreign officials, members of Congress and policy experts. He met not long ago in New York with Fouad Ajami, the Middle East scholar, and recently attended a small off-the-record seminar on Iran at a Washington research institution.

Acquaintances of Mr. Petraeus say he supported Mr. Obama’s decision to nominate John O. Brennan as his successor at the C.I.A., a view he communicated privately to two Republicans, Senator John McCain of Arizona and Senator Lindsey Graham of South Carolina, as well as to Senator Dianne Feinstein, the California Democrat and chairwoman of the Senate Select Committee on Intelligence.

Mr. Petraeus has received offers from the financial community and has taken trips to New York to explore what one of his associates called “long-term opportunities.” He has been asked to serve as a consultant to major companies, been offered the opportunity to give paid speeches and is exploring positions in academia. Mr. Petraeus, 60, is also keeping up his physical fitness regimen, alternating between daily seven-mile runs and 25-mile bike rides.

His post-government life is being managed by Robert B. Barnett, a lawyer who handles book deals for the Washington elite and who counts the last three American presidents as clients.

Petraeus closed his speech about honoring the men and women of the military with a nod to the difficulties of transitioning from military to civilian life, a transition that he also faces while rebuilding his image and reestablishing his private career after years of service:

There is often a view that, because an individual was a great soldier, he or she will naturally do well in and transition effortlessly to the civilian world. In reality, the transition from military service to civilian pursuits often is quite challenging.