Pic of the day: Alfonse D'Amato, mobbed up? 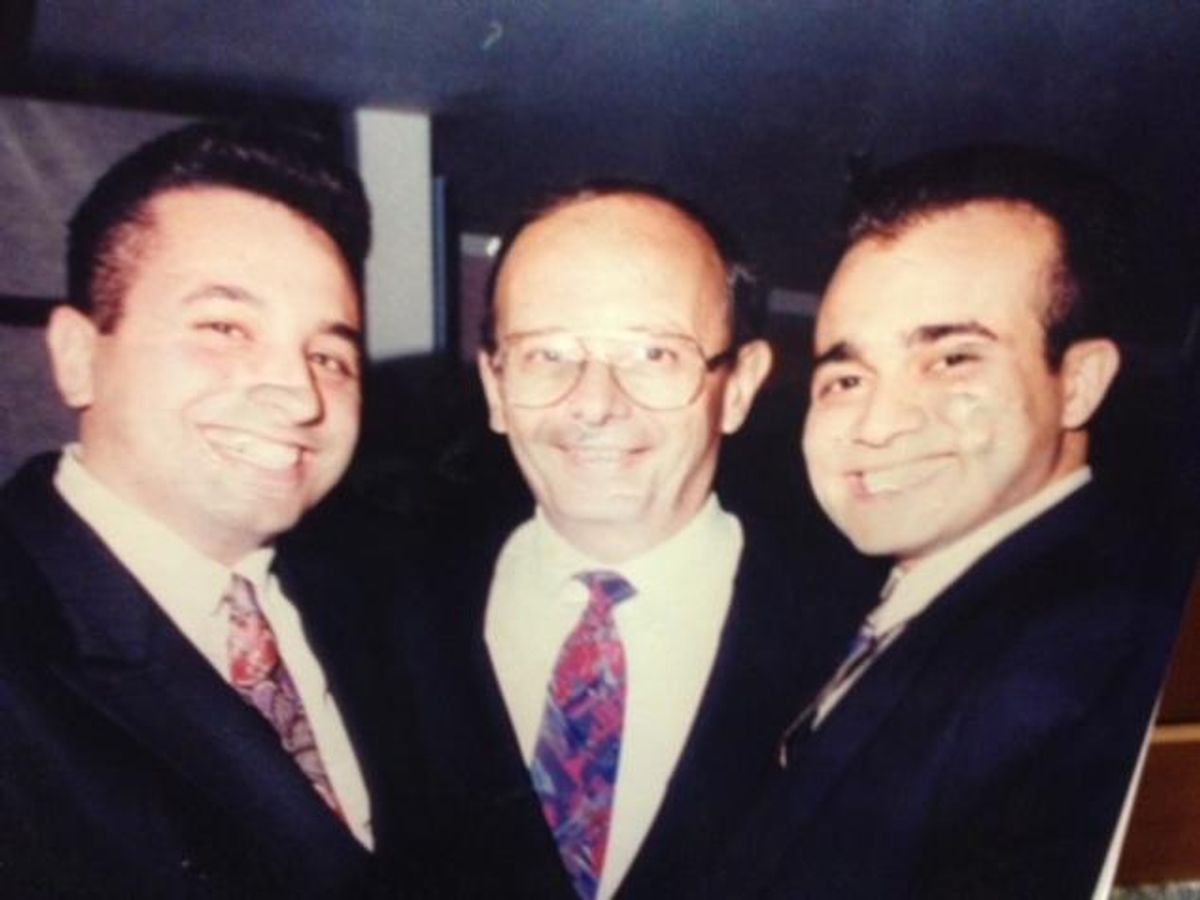 Left to right: Bonanno associate Joseph Gambina, former Sen. Alfonse D'Amato and Gambino associate Ralph Sciulla. According to Gambina, the photo 'was on the wall opposite the counter' at the mobbed-up Giannini’s restaurant in Maspeth.
--

Bartolomeo Vernace is a Gambino crime boss on trial for participating in the 1991 double murder of two bar owners in Queens. He's also the proud owner of this chummy photograph of former New York Sen. Aflonse D'Amato, which almost seems conjured from the imagination of David Chase or Martin Scorsese.

From the New York Daily News:

Ex-Bonanno associate Joseph (Giusseppe) Gambina testified Tuesday that the photo was taken at a fundraiser for “Senator Amato” in late 1991 at mobbed-up Giannini’s restaurant in Maspeth.

D’Amato is flanked by Gambina along with Gambino mobster Ralph Sciulla. Both gangsters are flashing wide smiles. Gambina said he gave the photo to the feds when he became a cooperating witness, but a second copy was hanging on the wall of capo Bartolomeo (Bobby) Vernace’s cafe, where Vernace also operated gambling and loan shark rackets.

Within a year of the photo being taken, Sciulla’s corpse was found in the trunk of a Mercedes in Long Island and Giannini’s owner Sebastian (Sammy) DeFalco was gunned down in a separate gangland hit by Bonanno mobsters.