Amid threats from North Korea, two nuclear-capable B-2 bombers have completed a training mission south of Seoul 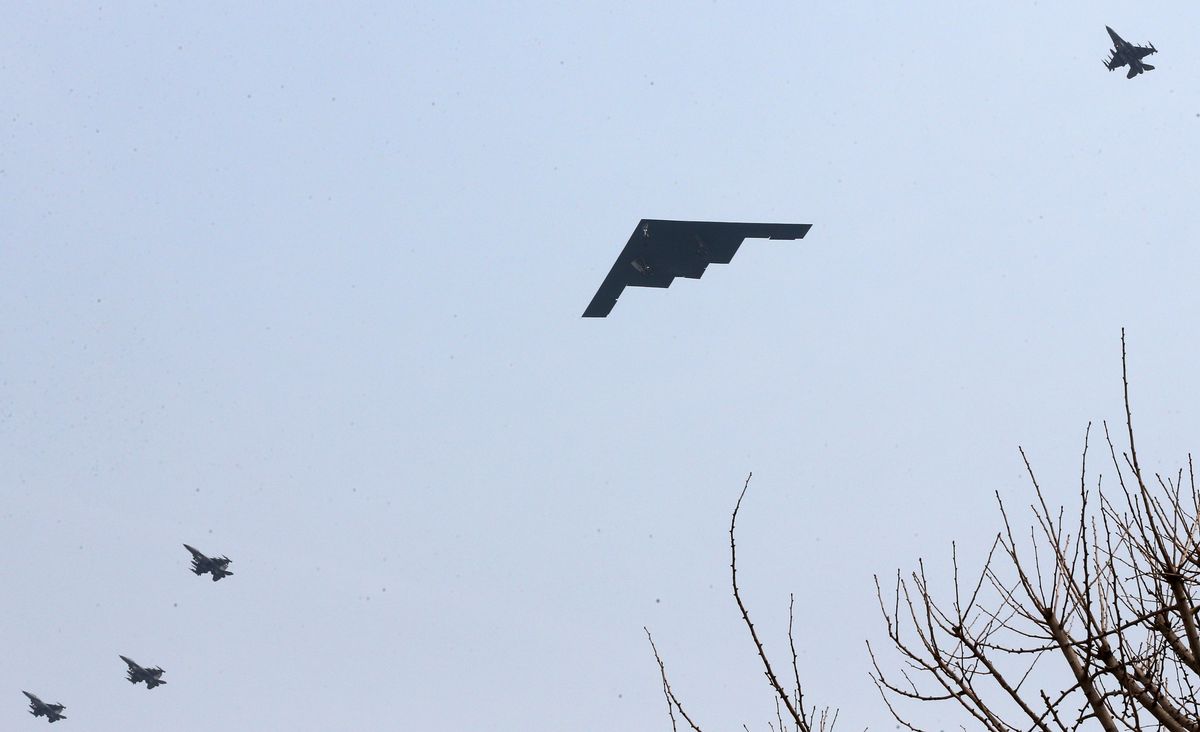 The United States air force's B-2 stealth bomber flies over near the Osan U.S. Air Base in Pyeongtaek, south of Seoul, South Korea. (AP/Shin Young-keun, Yonhap)
--

SEOUL, South Korea (AP) — The U.S military says two nuclear-capable B-2 bombers have completed a training mission in South Korea amid threats from North Korea that include nuclear strikes on Washington and Seoul.

The statement Thursday by U.S. Forces Korea is an unusual confirmation. It follows an earlier U.S. announcement that nuclear-capable B-52 bombers participated in ongoing U.S.-South Korean military drills.

The U.S. says the B-2 stealth bombers flew from a U.S. air base and dropped munitions on a South Korean island range before returning home.

The announcement will likely draw a strong response from Pyongyang. North Korea sees the military drills as part of a U.S. plot to invade and becomes particularly upset about U.S. nuclear activities in the region.

Washington and Seoul say they the annual drills are routine and defensive.