The tween asked a Minnesota House committee: "Which parent do I not need: My mom or my dad?" 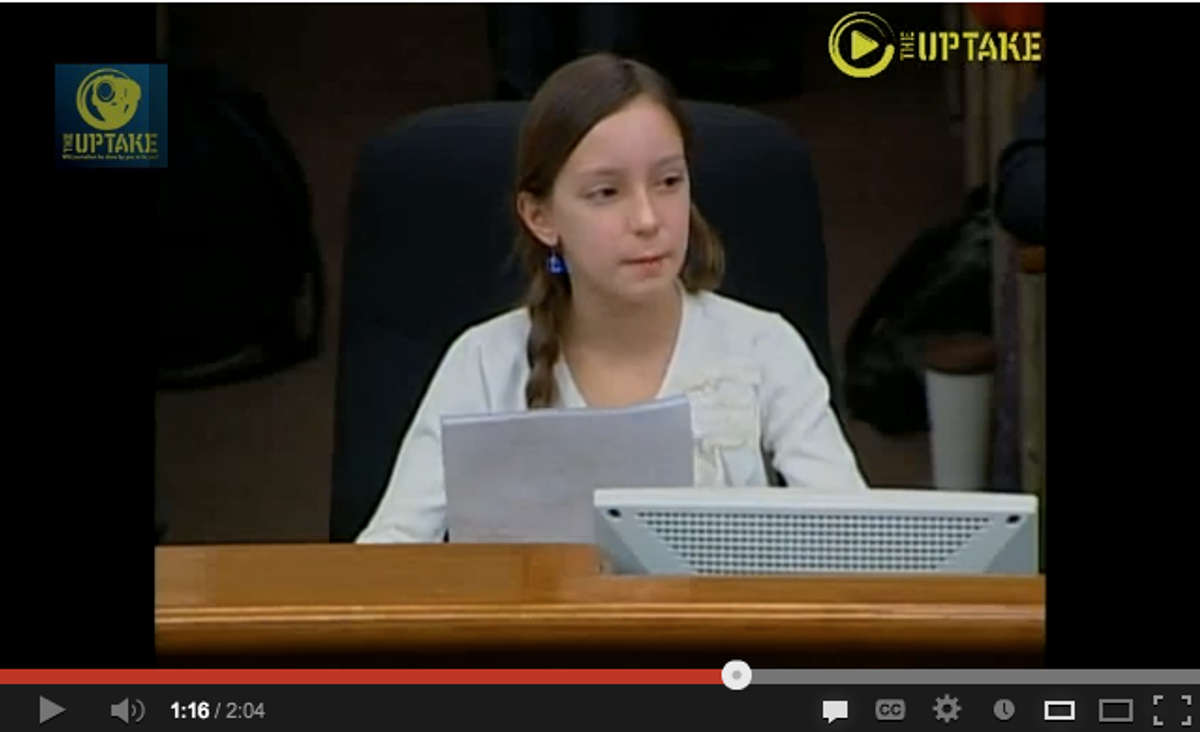 There have been so many moving, pro-marriage equality testimonies from the children of gay parents (Zach Wahls and Daniel Leffew come immediately to mind), that it was only a matter of time before opponents of equal rights came out with their own.

Earlier this month, an 11-year-old girl testified against  a same-sex marriage bill being debated by the Minnesota House Committee on Civil Law. (The measure has since passed, and now awaits a full legislative vote.)

In the video, a cute, soft-spoken girl tells the committee that they should not allow gay couples to get married because: "I know that everyone deserves to have a mom and a dad" and that her mom teaches her things "about being a girl" like how to one day "become a wife and mother."

After pausing to smile sweetly at the cameras, the girl implies that extending equal rights to other families would take away one of her parents, asking (twice, for emphasis): "I know some disagree, but I want to ask you this question: Which parent do I not need: my mom or my dad?"

The video is sad and will probably make you feel terrible. You can watch it here: