Both sides of the marriage fight were presented on a national stage this week. It wasn't even close 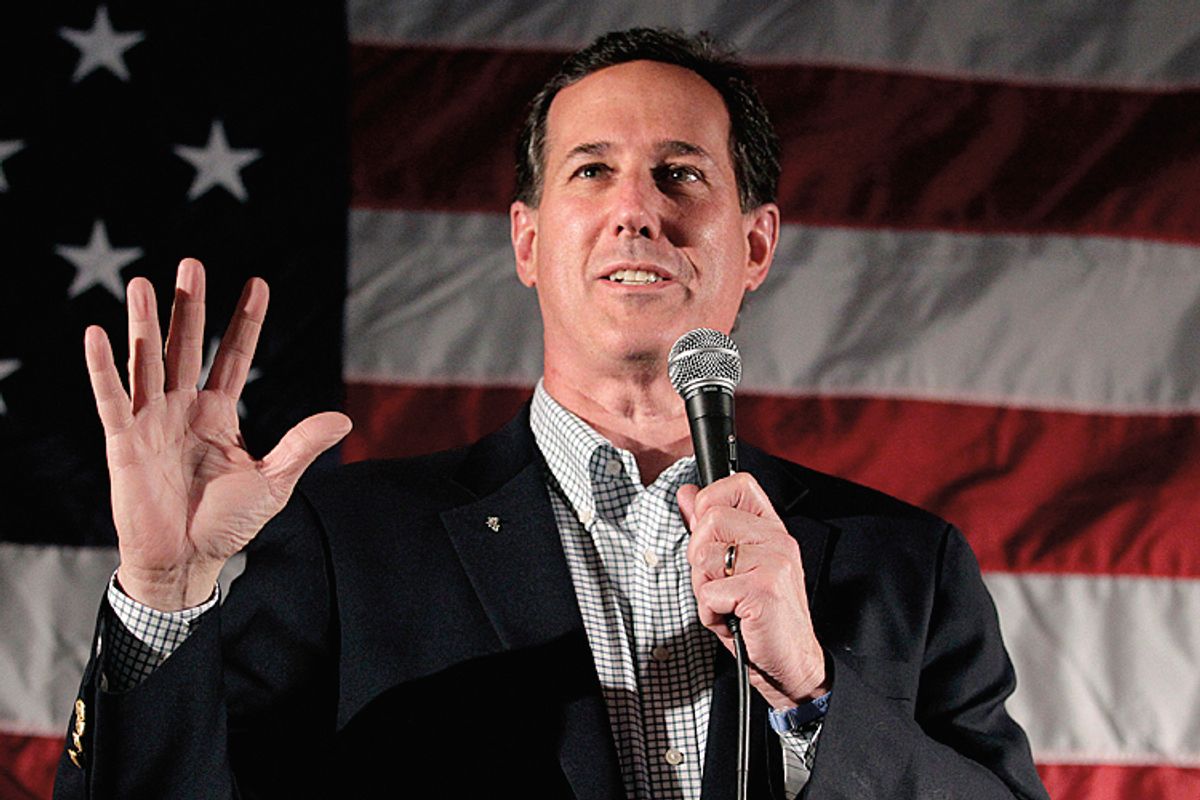 It didn't take long for the empty truth about the discriminatory Defense of Marriage Act to be exposed Wednesday, and there was little equality opponents could do. At the Supreme Court hearing, Elena Kagan, the newest justice, read from the House Report from Congress when it passed the law in 1996, which summarized DOMA's entire legal underpinning: "Congress decided to reflect and honor a collective moral judgment and to express moral disapproval of homosexuality." According to people in the room, there were gasps and laughter at the so-called "gotcha moment."

It was a duh moment, but a necessary one. Yes, DOMA's about discrimination. That disapproval of gay people, not tradition or government uniformity, is at the root of the act is blatantly obvious both to anyone who observed it at the time and to everyone who has changed their Facebook profile photo this week. But it needed to be set out on a national stage, a few feet away from rainbow-festooned children asking what the big deal was. This week, both sides put forward their best cases and it quickly became clear the opposition to equality is based not on law or reason, but bigotry.

Throughout the hearing, the justices focused on issues of standing and administrative law and federalism, apparently looking for a way out. But whether the Court punts or not, it's already given the country an opportunity to see just how empty and discriminatory the case against marriage equality is, at a moment where opponents have to give it their best shot. Put aside all the diversionary tactics, the crazy theories about marriage being reserved for shotgun weddings for straights, the baseless claim that this is about the children. Even if it's not in the briefs, their argument boils down to this: Gay people are gross, let's put off anything suggesting otherwise for as long as we can.

Marriage equality opponents claimed that with DOMA, the federal government was just trying to set a uniform standard while the states did their thing, and that this was about the democratic process. But as Solicitor General Donald Verrilli pointed out, "There are no genuine administrative benefits to DOMA. If anything, Section 3 of DOMA makes federal administration more difficult," because of a patchwork of state laws. He added, "And the fundamental reality of it is, and I think the House report makes this glaringly clear, is that DOMA was not enacted for any purpose of uniformity, administration, caution, pausing, any of that."

And then he spelled out why it was enacted: "To exclude same-sex married, lawfully married couples from federal benefit regimes based on a conclusion that was driven by moral disapproval." Basically, bigotry, funneled through the political process -- in this case, the federal government.

Nothing Clement could say could compete with Verrilli talking about "the spouse of a soldier killed in the line of duty cannot receive the dignity and solace of an official notification of next of kin." Or with the elderly widow, Edie Windsor, at the center of the DOMA case, not only dealing with her bereavement but that conservative bête noire -- estate taxes. As Windsor's lawyer, Roberta Kaplan, put it, "I don't think we've heard it in the argument from my friend, any legitimate difference between married gay couples on the one hand and straight married couples on the other that can possibly explain the sweeping, undifferentiated and categorical discrimination of DOMA."

As for the situationally convenient argument that the federal government should sit back and let the states decide, Kaplan pointed out the ultimate contradiction there, when states' marriage laws can only go so far: "You're not taking it one step at a time, you're not promoting caution, you're putting a stop button on it, and you're having discrimination for the first time in our country's history against a class of married couples."

Some of the justices were predictably disoriented by the velocity of change. Gay marriage is newer than cellphones and the Internet, which are scary enough! Chief Justice John Roberts clearly thought the only way that this could happen is someone pushing around lawmakers by force: "I suppose the sea change has a lot to do with the political force and effectiveness of people representing, supporting your side of the case?" he asked Kaplan skeptically.

Kaplan rejected that. "I think the sea change has to do ... [with] an understanding that there is no difference -- there was fundamental difference that could justify this kind of categorical discrimination between gay couples and straight couples."

Roberts pressed on, echoing the argument made in Clement's brief that there was no way gay people could be discriminated against anyway, because some of them are rich and have political power. "As far as I can tell, political figures are falling over themselves to endorse your side of the case," he said, apparently seeing a conspiracy.

"To flip the language of the House Report, Mr. Chief Justice, I think it comes from a moral understanding today that gay people are no different, and that gay married couples' relationships are not significantly different from the relationships of straight married people," Kaplan repeated. She added, "I don't believe that societal understanding came strictly through political power."

Kaplan's right. Political power has come -- and through smart strategizing -- but only once activists and everyday people made it inevitable. "Societal understanding" that not allowing loving couples to marry is discrimination has come with every coming-out, every demonstration of the law's unfairness, and every gay marriage that didn't cause the sky to fall. There will always be bigotry, one reason why the court has to step in and protect minority rights, but this week showed the entire country that that's the only reason left.