War on women is still losing 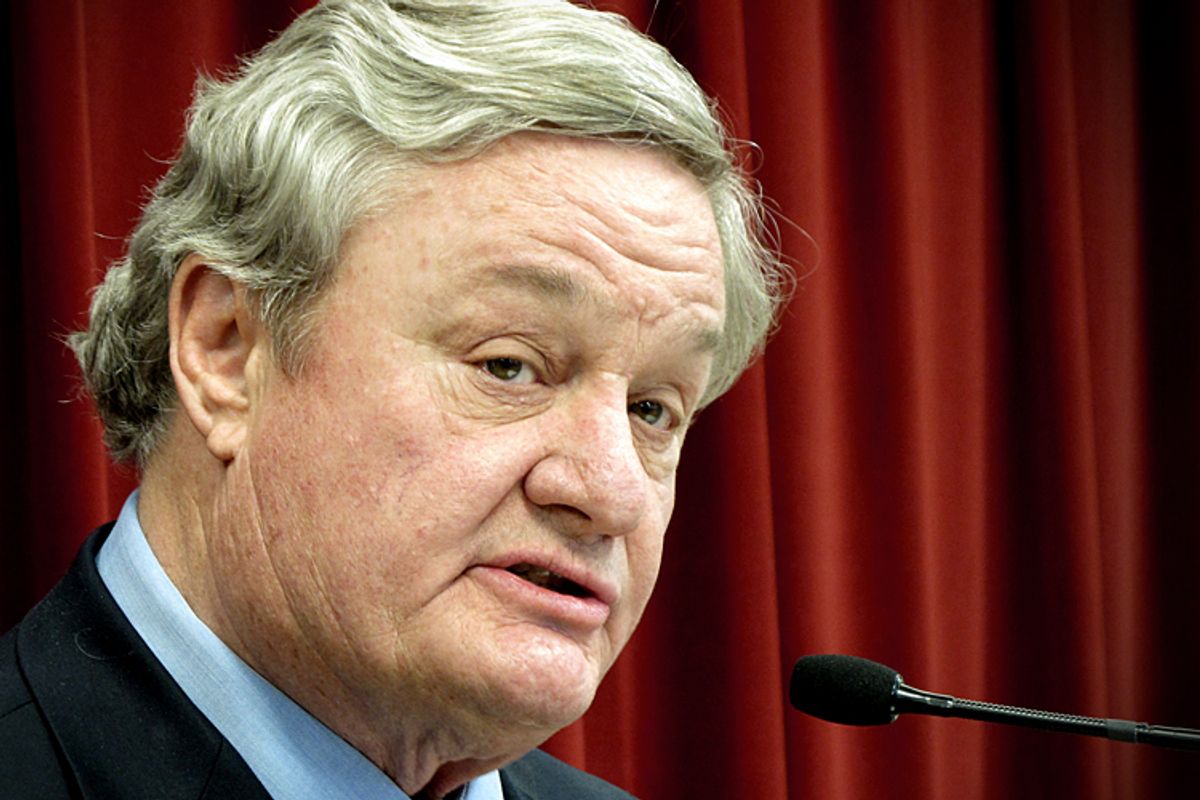 Well, the Republican Party is getting ready to do more outreach to women -- once again using a transvaginal ultrasound to make sure they get the best reach. Just a week after Republican National Committee Chairman Reince Priebus and friends urged their colleagues to “address concerns that are on women’s minds in order to let them know we are fighting for them," North Dakota Gov. Jack Dalrymple signed legislation that effectively bans abortion in his state.

One of the bills makes abortion illegal once a fetal heartbeat can be detected, normally around six weeks after conception, when many women don’t even know they’re pregnant yet. The law doesn’t specify the use of a vaginal ultrasound – those GOPers have gotten cagy -- but since that’s the most reliable way to detect a fetal heartbeat, it almost certainly would be used. Another bill bans abortion in cases of genetic defects. Maybe the most dangerous one imposes new regulations on the state’s lone abortion provider, Red River Women’s Clinic, designed to put it out of business.

It’s also clear that the fetal heartbeat law is unconstitutional, since the Supreme Court has placed fetal viability at 22 to 24 weeks. Dalrymple admitted as much when he signed the bill. “Although the likelihood of this measure surviving a court challenge remains in question,” he told reporters, “this bill is nevertheless a legitimate attempt by a state legislature to discover the boundaries of Roe v. Wade.”

It is also an effort by a flailing antiabortion movement to score some victories, in the wake of a national election in which they got shellacked, and handed two Senate seats to Democrats, in Missouri and Indiana, when anti-women extremists said offensive things about rape. The latest poll by the Pew Forum on Religion & Public Life found that a solid majority of Americans — 63 percent — want Roe v. Wade to remain law, yet the forces behind Personhood USA, in particular, aren’t giving up.

Having lost campaigns for statewide fetal personhood laws in Colorado and, most famously, Mississippi, the well-funded extremists moved to target state legislatures. And North Dakota makes an interesting story: When conservative antiabortion Republican state Sen. Curtis Olafson came out against a personhood bill in 2011 -- because while he opposes abortion, he knows Roe v. Wade is the law of the land, and he believes fetal personhood bills are unconstitutional – Personhood USA targeted him for defeat. Redistricting forced Olafson into a primary race with a more conservative Republican, and the group poured in money and person-power to defeat him. Olafson lost. “North Dakota Senator First to Fall in National Take No Prisoners Personhood Campaign,” Personhood USA crowed in a press release.

That put the fear of God in a lot of GOP legislators – but not all of them. Several Republican women joined historic pro-choice protests all over the state on Tuesday. Rep. Kathy Hawken of Fargo led the charge. “North Dakota does not have a primary seatbelt law, but we are in the midst of the most invasive attack on women’s health anywhere,” Hawken wrote in the Daily Beast. Describing herself as pro-life personally, but pro-choice politically, she lamented, “My home state is poised to win the state-by-state race to the bottom on women’s health.” The Legislature also voted to put personhood legislation up to a statewide ballot in 2014.

It’s obvious that the most successful strategy pursued by the anti-choice movement is targeting abortion providers. There are now five states – North Dakota, South Dakota, Wyoming, Arkansas and Mississippi – that only have one remaining abortion clinic. The courageous Tammi Kromenaker, who runs the Red River Women’s Clinic, wants the world to know her clinic will remain open, while attorneys for the Center for Reproductive Rights fight the latest legal onslaught.

It’s the bill that requires clinic doctors to have hospital admitting privileges that poses the biggest immediate threat to Red River. Ironically, that’s because local hospitals won’t offer those privileges to the clinic, because the clinic doesn’t admit enough patients to hospitals; its quality of care is so high women don’t wind up needing hospitalization. “This bill is intended to impose an impossible to meet requirement,” Kronemaker told Think Progress. “There is no other goal but to shut us down.”

It’s obvious that in a political climate in which they’re losing nationally, the anti-choice movement is shooting for one big symbolic victory – one state, however sparsely populated, that offers no abortion services whatsoever.

It may be cold comfort to the women of North Dakota, but the anti-choice movement’s “victories” this week are actually more evidence that they’re losing. Still, national women’s groups are going to have to push back in small states, too, to protect the constitutional right to abortion that is in danger of becoming fiction in so many places today.