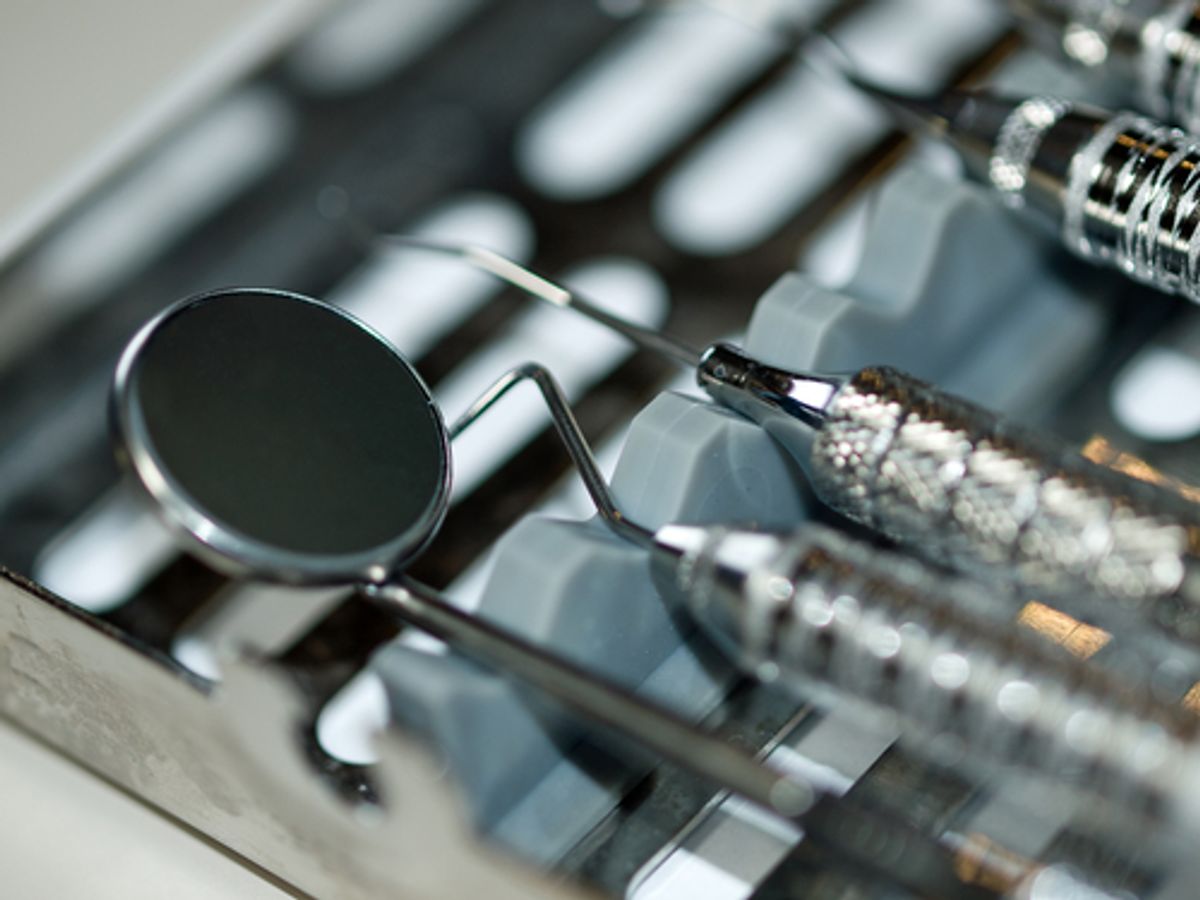 TULSA, Okla. (AP) — Health officials on Thursday urged thousands of patients of an Oklahoma oral surgeon to undergo hepatitis and HIV testing, saying unsanitary conditions behind his office's spiffy facade posed a threat to his clients and made him a "menace to the public health."

State and county health inspectors went to Dr. W. Scott Harrington's practice after a patient with no known risk factors tested positive for both hepatitis C and the virus that causes AIDS. They found employees using dirty equipment, reusing drug vials and administering drugs without a license.

Harrington voluntarily gave up his license and closed his offices in Tulsa and suburban Owasso and is cooperating with investigators, said Kaitlin Snider, a spokeswoman for the Tulsa Health Department. He faces a hearing April 19 where his license could be permanently revoked.

"It's uncertain how long those practices have been in place," Snider said. "He's been practicing for 36 years."

The Oklahoma Board of Dentistry said the inspectors discovered multiple sterilization issues at Harrington's offices, including the use of a separate, rusty set of instruments for patients known to have infectious diseases.

"The CDC (Centers for Disease Control and Prevention) has determined that rusted instruments are porous and cannot be properly sterilized," the board said in a 17-count complaint against the dentist.

Officials are sending letters to 7,000 known patients of Harrington, but they noted that they do not have information for patients before 2007. The letters urge the patients to be tested for hepatitis B, hepatitis C and HIV — viruses typically spread through intravenous drug use or unprotected sex, not occupational settings.

Harrington could not be reached for comment Thursday. A message at his Tulsa office said it was closed and the doctor's answering service referred callers to the Tulsa Health Department. Phone numbers listed for Harrington were disconnected. A message left with Harrington's malpractice attorney in Tulsa, Jim Secrest II, was not immediately returned.

The CDC is consulting on the case, and agency spokeswoman Abbigail Tumpey said such situations involving dental clinics are rare.

In a similar case in Colorado last year, an oral surgeon was accused of exposing patients to diseases by reusing needles and syringes. Authorities sent letters urging about 8,000 patients to get tested for hepatitis B, hepatitis C and HIV, but Tumpey said it wasn't clear whether anyone was actually infected.

"We've only had a handful of dental facilities where we've had notifications in the last decade," Tumpey said.

Harrington's Tulsa practice is in a tony part of town, on a row of some of the city's most upscale medical practices. The white-and-green stucco, two-story dental clinic has the doctor's name in fancy letters on the facade.

Inside, the Dentistry Board said, Harrington ran a clinic that didn't ensure items were sterile. The clinic had different cleaning procedures for its sets of equipment, drug vials were used on multiple patients and the office had no written infection-protection procedure.

Joyce Baylor said she had a tooth pulled at Harrington's Tulsa office a year and a half ago.

"The office looked clean," she said in a telephone interview.

Baylor, 69, said she plans to get tested next week.

"I'm sure he's not suffering financially that he can't afford instruments," Baylor said of Harrington.

The Dentistry Board accuses Harrington of "being a menace to the public health by reasons of practicing dentistry in an unsafe or unsanitary manner."

Harrington told officials he left questions about sterilization and drug procedures to his employees.

"They take care of that, I don't," the board quoted him as saying.

The doctor is also accused of letting his assistants perform tasks only a licensed dentist should have done, including administering IV sedation. Also, the complaint says that the doctor's staff could not produce permits for the assistants when asked for them.

As an oral surgeon, Harrington routinely does invasive procedures that involve "pulling teeth, open wounds, open blood vessels," said Susan Rogers, executive director of the Oklahoma Dentistry Board. A board complaint said Harrington and his staff told investigators that a "high population of known infectious disease carrier patients" received dental care from him.

According to the complaint, a device used to sterilize instruments wasn't being properly used.

Also, a test is supposed to be performed monthly and sent to a lab to determine that the equipment is successfully sterilizing instruments, but "no such test had ever been performed in the 6 years one dental assistant had been working at the office," the complaint said.

The doctor also apparently used outdated drugs, as one vial found this year had an expiration date of 1993, and didn't properly keep track of drugs, the complaint said. It noted that a drug cabinet was unlocked and unattended during the day.

It also said that although U.S. Drug Enforcement Administration records show Harrington had not received morphine from a distributor since 2009, the drug logs kept by his assistants said morphine had been used on patients last year.

Most people who become infected by hepatitis C get it by sharing needles or other equipment to inject drugs, according to the CDC's website. The infection can last a lifetime and lead to scarring of the liver or liver cancer.

Most people who get hepatitis B have it for a short time, though it can cause a long-term infection that can damage the liver. It can be transmitted through unprotected sex and sharing needles.