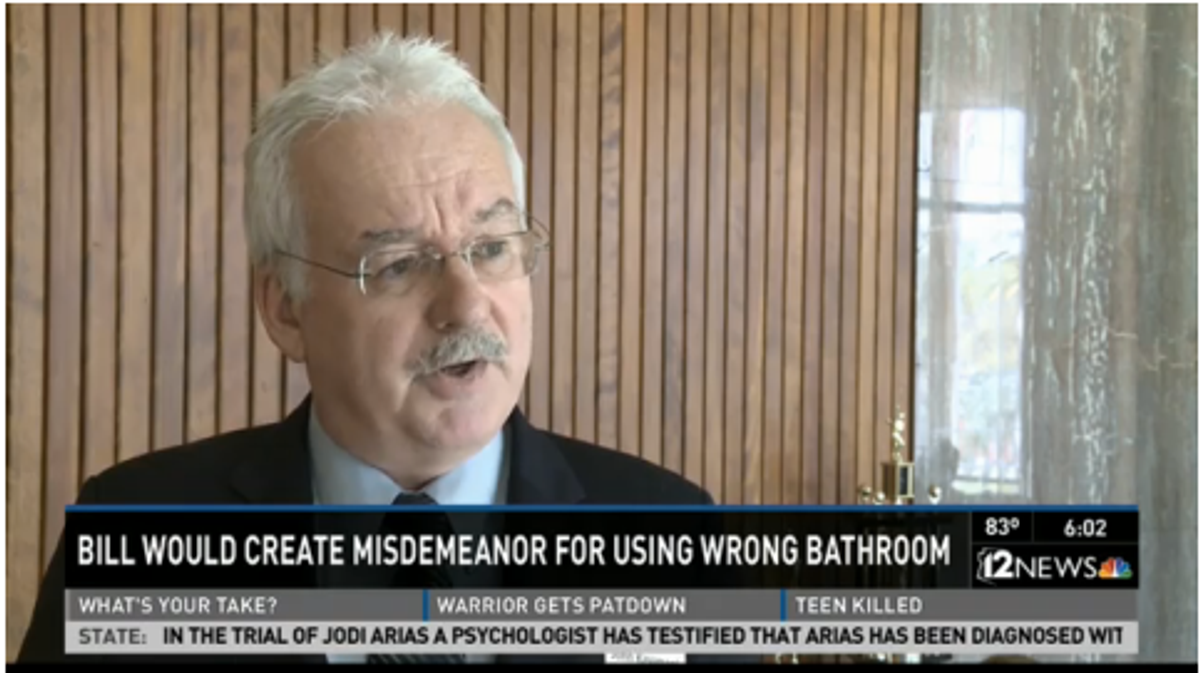 Arizona state Rep. John Kavanagh (R-Fountain Hills) faced a national outcry from transgender advocacy groups (and otherwise fairness-minded people) after introducing a bill to criminalize transgender people for using the correct bathroom. As a result, the Republican lawmaker backed away from language in the measure applying heavy fines and jail time to trans men and women who use the bathroom of their designated gender, and altered the bill to shield private businesses that deny bathroom access to transgender people from lawsuits.

Kavanagh introduced the measure in reaction to recent anti-discrimination protections passed by the Phoenix City Council, which he apparently did not like:

The city of Phoenix has crafted a bill that allows people to define their sex by what they think in their head. If you’re a male, you don’t go into a female shower or locker room, or vice versa. It also raises the specter of people who want to go into those opposite sex facilities not because they’re transgender, but because they’re weird.

Addressing the crowds at the hearing, Kavanagh conceded that the original language of the measure went "too far," but remained unapologetic about his intent to target Phoenix's anti-discrimination policies, saying he wanted to "reset the clock to before Phoenix passed the law."

State Rep. Stefanie Mach and three other Democrats voted against the measure, calling it "an embarrassment to our state," while a parade of transgender and other witnesses testified against it.

But Kavanagh and six other Republicans quickly advanced the bill. The measure is now heading to the House for a full vote.