The Alaska Republican actually said "sorry" in a second statement, adding that he regrets the "insensitive term" 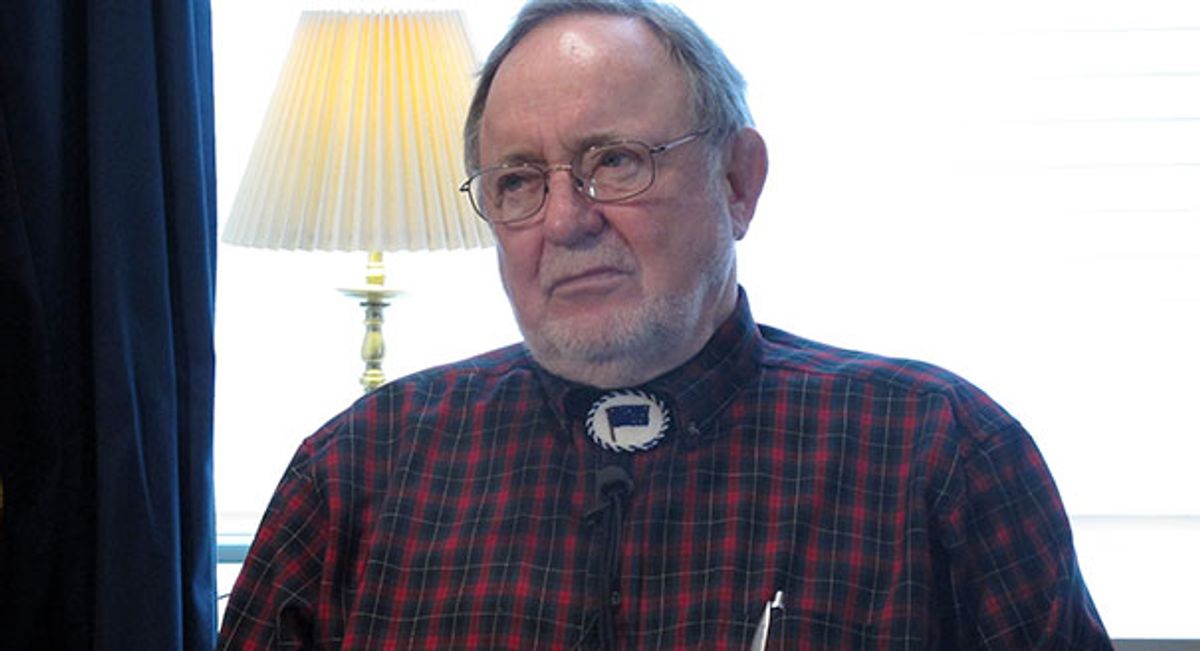 House Republican Don Young apologized for a second time on Friday for using a racial slur to describe migrant farm workers. Earlier this week, Young told an Alaskan radio host that when he was a child, his father "used 50-60 wetbacks to pick tomatoes" on their California farm.

When news of Young's comment broke, Republican leaders (newly committed to having Latino voters and immigrants like them) issued strongly worded statements disavowing the remark. House Speaker John Boehner called Young's use of the word "offensive and beneath the dignity of the office he holds." Other House GOP leaders joined Boehner in his criticism, saying there was "no excuse" for Young's language and that it warranted "an immediate apology."

On Thursday, the 21-term congressman issued a statement explaining that he "used a term that was commonly used during my days growing up on a farm in central California." Young said that he that he "meant no disrespect," but did not apologize for the slur.

But an apology isn't an apology if you don't say "sorry," so Young had to try it again on Friday. In a second statement, he said: "I apologize for the insensitive term. There was no malice in my heart or intent to offend; it was a poor choice of words." Young added that the term "and the negative attitudes that come with it should be left in the 20th century."

Lisa Navarette, a spokeswoman for the National Council of La Raza, told USA Today that she is "heartened that GOP leaders were quick to denounce Young," but that the slur is indicative of a larger problem the Republican party faces: "It's an education issue," she said. "It's not a matter of being nicer. They've got some fundamental work to do to educate their party."