Fighting for equality, one meme at a time 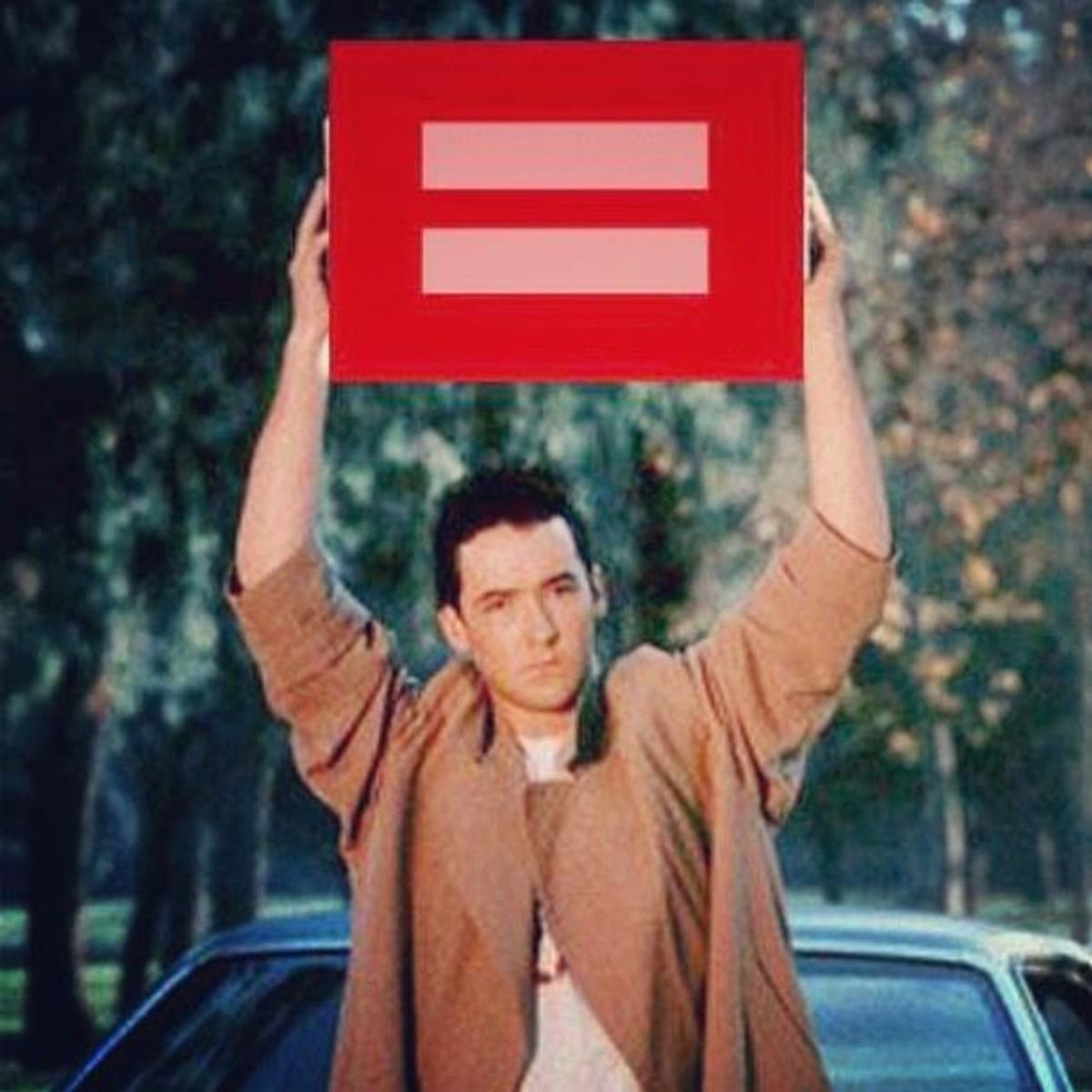 Unless, somehow, you miraculously haven’t accessed your Facebook or Twitter in the last two days, you’ve probably noticed a proliferation of crimson tiles with superimposed pink equal signs popping up in avatars and profile pics. The instantaneously ubiquitous logo, a riff by the Human Rights Campaign on its own original design, was posted in response to the two landmark Marriage Equality cases before the U.S. Supreme Court this week. Indeed, a report by the Chicago Tribune estimated that, within hours of its original posting, the image had been shared over 20,000 times. By Wednesday, the original design had transitioned into a fully-fledged internet meme, altered and hastily reconfigured much like last years pervasive image of Hillary Clinton texting from the belly of military plane cargo hold.

Many users took to Photoshop to personalize the logo, appropriating a diversity of imagery, often tongue and cheek, in the process of expressing their support – a pair of tilted popper bottles; Mark Rothko’s carmine color fields; John Cusack from Say Anything hoisting the logo in the air; a slice of red velvet cake. For others, such as the group Against Equality, it was a chance to voice critical dissent over paradigmatic notions of assimilation and heteronormativity. Meanwhile, organizations such as New York-based Visual AIDS were quick to draw historical corollaries between the meme and works by General Idea and Gran Fury during the height of the HIV/AIDS epidemic.

The Atlantic has a fascinating history of the role of color in LGBTQ rights symbols. Green carnations once identitified gay men to each other, while in the early 20th century the code switched to red ties or cravats. The rainbow flag was created by San Francisco artist Gilbert Baker in 1978, following Harvey Milk’s assassination. In 1995, HRC launched its iconic logo made up of a pair of yellow stripes on a blue ground as an “international symbol for the gay-rights movement.” It’s that simple composition that became the meme we’re seeing online.

Not surprisingly, large corporations — always quick to capitalize on a demographic — were posting branded equality memes (Budweiser, HBO, Absolute Vodka, and Expeida, among them). Indeed, speaking earlier this year, the enlightened Goldman Sachs CEO Lloyd Blankfein was quoted as saying, “America’s corporations learned long ago that equality is just good business.” And yet, as much as one might indignantly recoil, a marriage between the free market and the freedom to wed is not an impecunious union. As with the case brought against DOMA, even marriage equality has it own dowry — the $363,000 indisputed taxes that it took for Obama to change his position.

Below, I collected a slew of examples of the pink HRC logo meme, both corporate and simply user-generated.