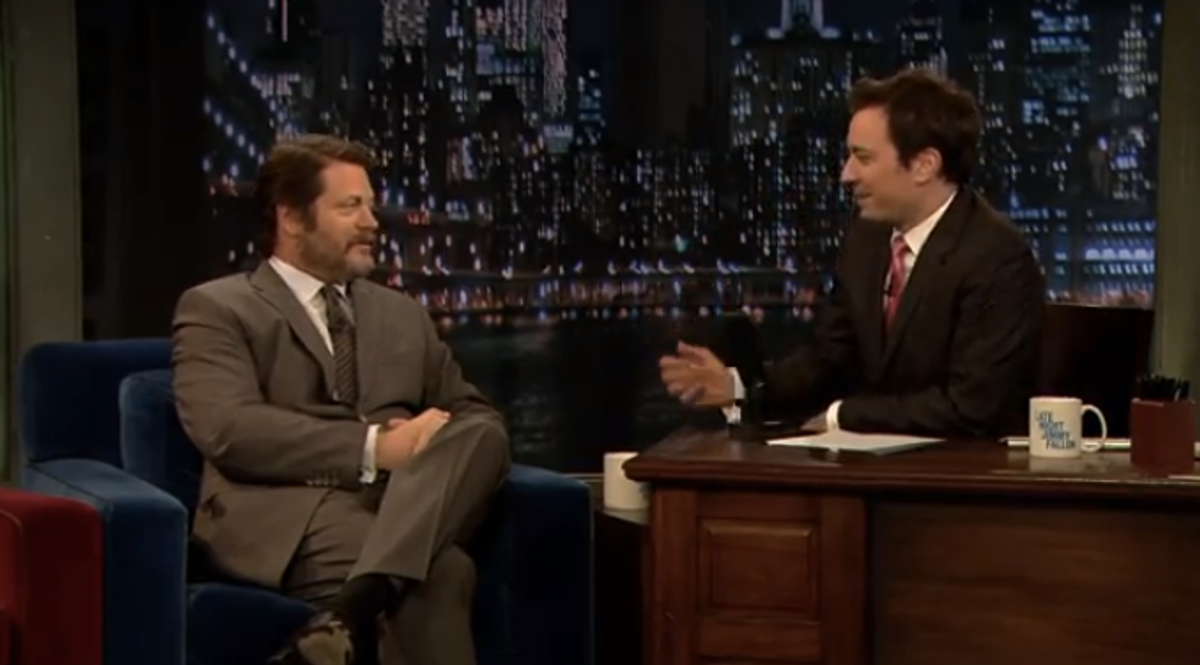 On "Late Night with Jimmy Fallon," "Parks and Recreation" and all-around perfect human being Nick Offerman dropped some "kickass routines" from his childhood days as a break dancer.

Offerman revealed his old crew, which consisted of him as Tick Tock, known for his "propensity for popping and locking" and his cousin, Flip Flop, who had "more of a knack for the acrobatics."

And then Offerman and Fallon broke it down: