Robbie Rogers on coming out in American sports culture

The U.S. national team player retired from soccer after announcing he was gay. But will he return to make history? 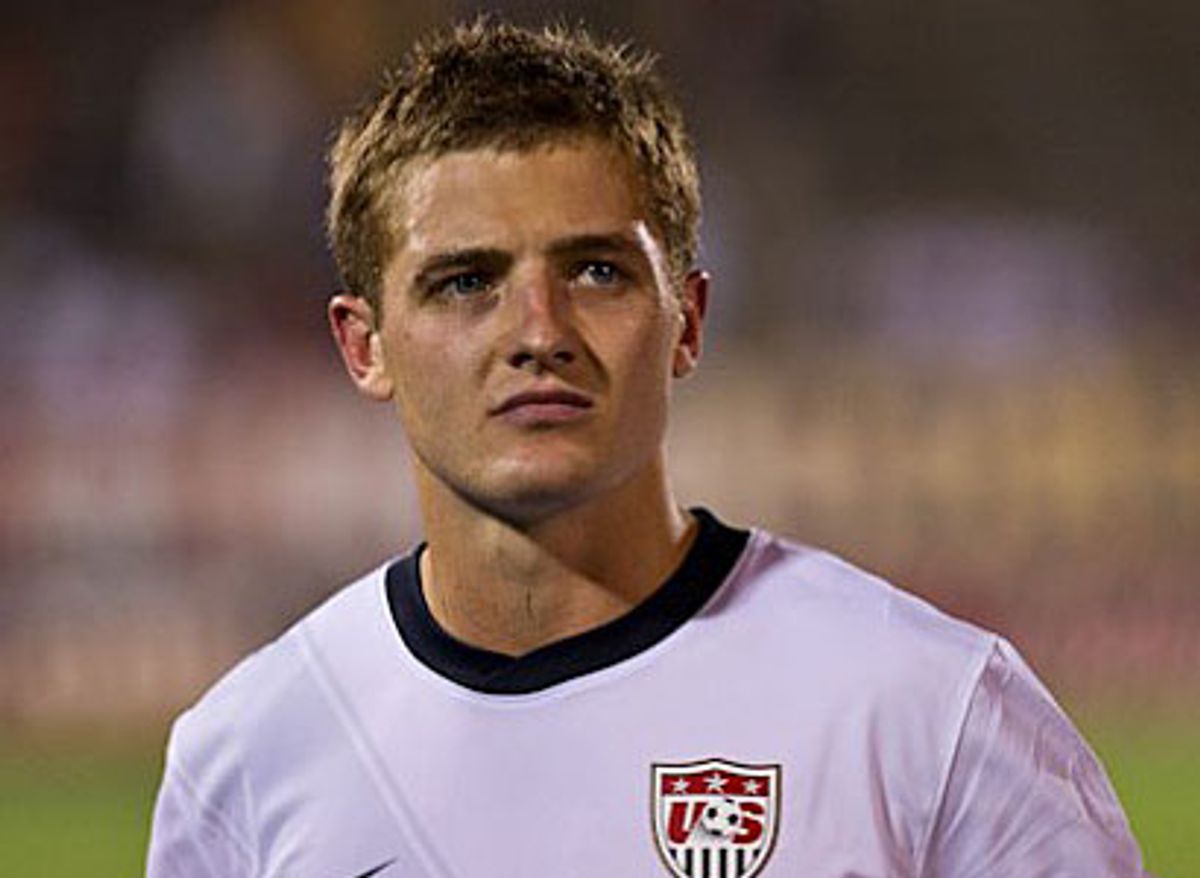 After 25 years of silence, former United States national team midfielder and Leeds United winger Robbie Rogers privately came out to his family and friends. One hurdle overcome, he still agonized for months over telling his fans and teammates that he was gay. But in February, Rogers posted a letter to his website, writing: "I realized I could only truly enjoy my life once I was honest ... My secret is gone, I am a free man."

He then promptly retired from soccer at the age of 25.

But since his announcement, there has been growing speculation about whether Rogers will return to the sport, making him the first out male gay athlete on a major American team. It's a possibility Rogers is open to, but not quite yet, as he told the New York Times:

Rogers does not rule out the possibility. But, he added quickly, it is not a priority for him. He said he hoped that “people will understand that I need to be a little selfish about this.”

“I’m definitely not closing any doors,” he said. “Maybe I will go back. Right now, I’m just happy to be out and being honest with people. But just because I’m out doesn’t mean I’m 100 percent healthy. It’s been 25 years that I haven’t been myself. Twenty-five years of lying. That’s really, really hard.”

After Rogers came out on his website, there was an immediate show of support from friends, teammates and fans. Notes of encouragement flooded onto social media, and many of his teammates encouraged him to keep playing. “I want to keep him playing because I think he’d be a huge role model,” Sacha Kljestan, a midfielder on the U.S. national team told the Times. “But I also want him to be happy and do it for himself, not because it’s something for other people.”

But as the Times notes, Rogers also experienced an odd dichotomy following his announcement: "A number of his teammates in England reached out to him with supportive texts or e-mails after he came out publicly, but many of those same teammates participated in locker room banter that 'could really be pretty awful,' he said."

Rogers went on to explain:

I’m not going to name names — it’s just that pack mentality. I remember hearing some of them talk about the possibility of gay players and saying things like, ‘If gay footballers can shower with us, I want to shower with girls.’ And I’m just thinking, ‘Dude, you have no idea what you’re talking about.’

“I’ve showered with guys my whole life. And never once have I been excited, like, ‘Oh yeah, it’s time to shower with the guys.’ It isn’t that way. There’s no interest. You don’t think of guys on your team that way. You just don’t.”

And while CBS Sports reporter Mike Freeman and Kansas City Chiefs linebacker Scott Fujita are among a chorus of voices saying that American sports culture is ready for its first openly gay male athlete, Rogers may not be quite so sure.

“I don’t think football is homophobic," Rogers told the Times. "But clearly there is something there. Because no one reached out. Not one other player said he was gay. So there’s definitely still work to be done, right?”