There isn't a "right time" to strike down DOMA

By arguing that the public may not be ready for a sweeping ruling, SCOTUS could be setting a dangerous precedent 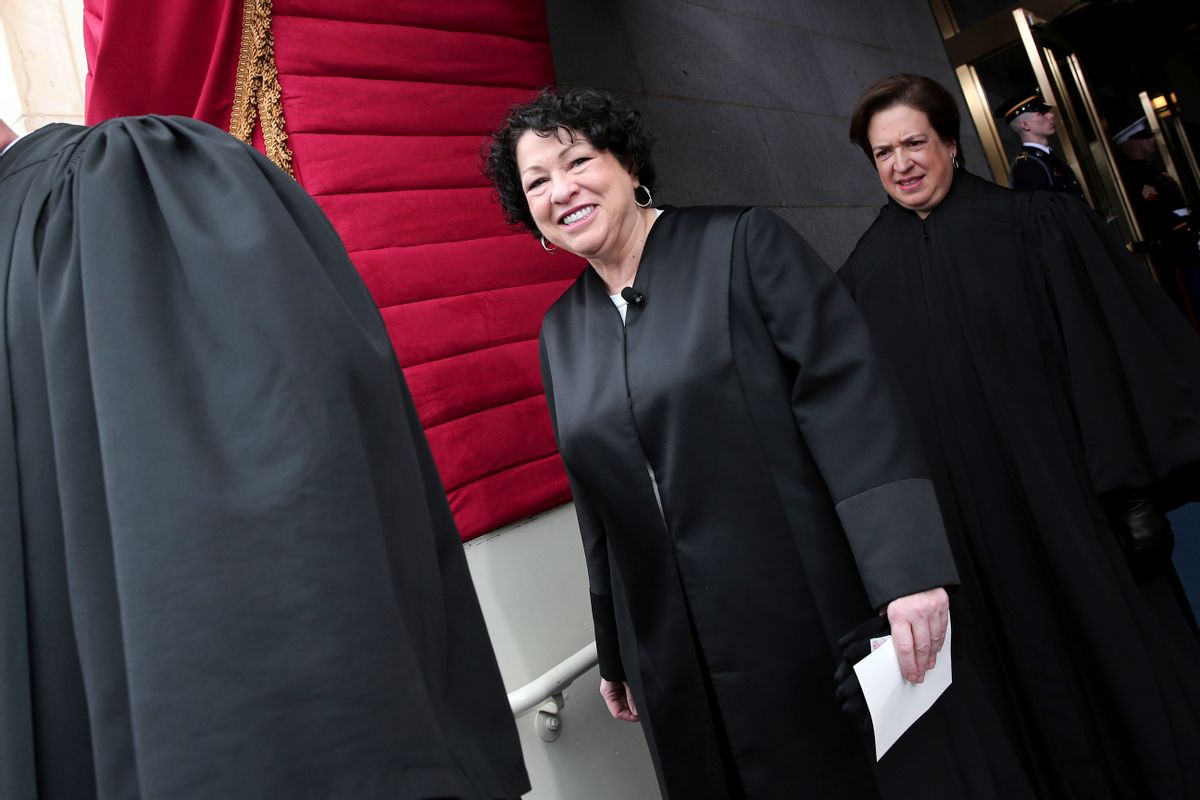 Out of all the newsworthy comments during this week's Supreme Court debate over the legality of same-sex marriage bans, none was more revealing -- or troubling -- than that which came from Justice Sonya Sotomayor.

Before pointing out that "we let issues perk, and so we let racial segregation perk for 50 years from 1898 to 1954," she asked: “If the issue is letting the states experiment (with same-sex marriage bans) and letting the society have more time to figure out its direction, why is taking a case now the answer?” The question embodied much of the sentiment of other justices, leading the New York Times to summarize the hearing with the headline: "Justices Say Time May Be Wrong for Gay Marriage Case."

Three theories are at work in this line of reasoning: 1) The judiciary has an obligation to make sure its rulings reflect public opinion, 2) judges should always avoid rulings that conflict with public opinion, and 3) the Supreme Court should not immediately strike down laws violating the Constitution's equal protection precepts because state fights over those statutes allegedly help the public reach consensus on those underlying issues.

Though Sotomayor's logic appears reasonable at first glance, it isn't. First and foremost, it is wrong for anybody to refer to a half-century of uninterrupted segregation as anything but awful, regardless of whether the struggle against such bigotry ultimately moved public opinion in the right direction. Additionally, the deeper jurisprudential principle being forwarded is distasteful. It radically reimagines the American judiciary as a mere validator of majority public opinion.

That, of course, is not what the judiciary is supposed to be. Elected legislators are charged with representing the public will in matters of legislation. But in the words of Alexander Hamilton, judges are appointed - and not elected -- to a separate branch of government in order to ensure that their rulings do not represent the fleeting whims of public opinion and instead represent nothing "but the Constitution and the laws."

This is particularly important when it comes to civil rights fights over atrocities like same-sex marriage bans -- that is, bans denying the same legal protections for LGBT couples that are granted to heterosexual couples.

In adjudicating such cases, judges are supposed to prevent a tyranny of the majority from trampling the constitutional rights of minorities. As they did in the Loving v. Virginia case overturning bans on interracial marriage, justices are supposed to uphold the Constitution even if public opinion doesn't support them doing so. That can only happen if judges are ruling exclusively on the constitutionality of discrimination - and not on whether such discrimination happens to be supported by the majority of citizens.

Sotomayor and her fellow justices seem to be saying the opposite; they seem to be making the radical claim that the public might not be ready for a sweeping ruling on same-sex marriage bans. That is a radical notion because those judges are insinuating that constitutional questions about equal protection should be less important than subjective questions about the current public mood.

But that's the thing: While politics and the public shift, the right to equal protection under the law is supposed to be immutable. That right is either being protected or being violated. Indeed, the whole genius of the Founders' creation of an independent judiciary is the recognition of that fundamental truth, and the corollary recognition that there is never a "right time" or a "wrong time" to uphold the Constitution.

Should this Supreme Court declare otherwise by refusing to strike down same sex marriage bans, it will set a dangerous precedent that constitutionality is now a matter of how the court perceives popular opinion rather than whether America is respecting all of its citizens' inalienable rights.