Bees to EPA: Where's your sting?

A staggering number of hives have succumbed to a mysterious ailment 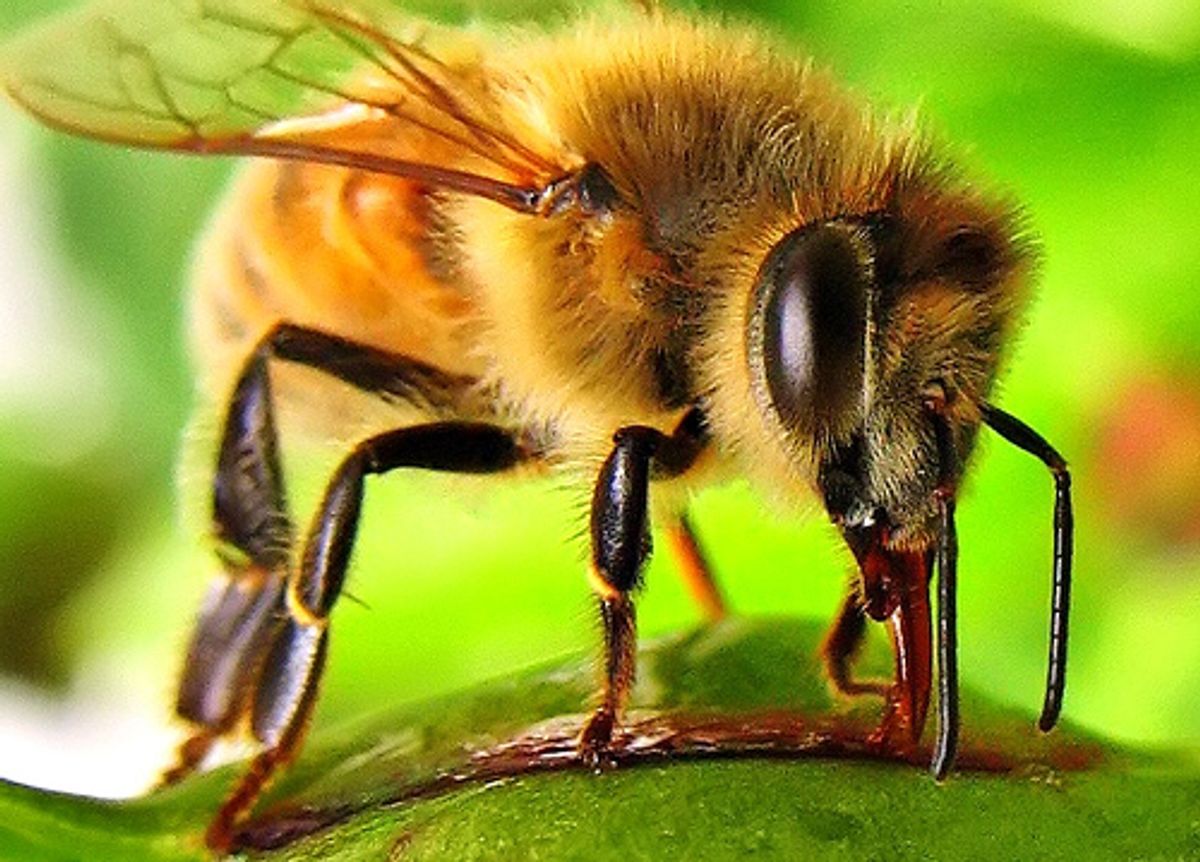 The list of fruits, vegetables and field crops that rely on honeybees for pollination is truly astonishing: apples, avocados, carrots, cotton seed, peaches, pumpkins, strawberries, sunflowers … it goes on and on. There’s stuff on the list that I’m not fond of, like onions, and things I couldn’t live without, like peanuts (well, peanut butter, anyway). The same is surely true for you. So it should frighten us all to learn how badly honeybees fared last year, as a mysterious malady kept right on killing them.

The New York Times reports that commercial beekeepers say at least 40 percent -- and maybe half -- of their hives succumbed to colony collapse disorder in 2012, marking the worst annual die-off since the unknown condition first surfaced less than a decade ago. OnEarth put the phenomenon on its cover in 2006, before it even had a name. We just called it “The Vanishing,” and indeed, the story still plays out like a horror movie, with healthy, thriving honeybee colonies suddenly dropping dead for no discernible reason.

Drought, viruses and parasites might all play a role, but increasingly, it’s become hard to avoid the conclusion that pesticides are at least partially to blame. Specifically, a class of pesticides known as neonicotinoids, which target the nervous system of insects. As Mother Jones’ Tom Philpott has written, more than 140 million acres of U.S. farmland -- an area the size of California and Washington -- will be planted with neonic-treated seeds this spring. Over the past year, several studies, including a couple in the prestigious journal Science and three by the European Food Safety Authority, have shown that neonics are bad for bees.

But hey, don’t blame us, says Bayer, the German company that makes some of the most widely used neonics, including one called clothianidin. And the Environmental Protection Agency has so far ignored calls to take clothianidin and other neonics off the market. So a week ago, as Bloomberg reported, a coalition of beekeepers, environmental groups and consumer groups sued the EPA in an effort to stop their sale.

What’s gone widely unreported so far is that clothianidin is one of 11,000 pesticides currently allowed on the market that were originally approved by the EPA through a loophole known as “conditional registration.” As Laura Fraser wrote for OnEarth earlier this week:

By law, in order to register and sell a pesticide, companies are supposed to go through a process than can last several years; it includes public comment, reviews of scientific studies, and evaluations by the agency’s in-house science experts. The fast-track conditional registration process was intended to be used only under rare circumstances -- when a product is nearly identical to one already on the market, for instance, or when the EPA needs to approve a new pesticide immediately to prevent a disease outbreak or other public health emergency (a new treatment for bedbugs, for example).

Instead, by greenlighting lots of products through conditional registration -- roughly 65 percent of those currently allowed to be sold -- the EPA is letting them be used without even the industry’s assurance that they won’t be bad for human health or the environment, and certainly not with the level of scientific study and scrutiny that people (and honeybees) deserve.

For instance, after initial recommendations to withhold approval, the EPA let clothianidin on the market through conditional registration in 2003. Bayer then submitted a field study to the EPA four years later (a study that NRDC, which publishes OnEarth, had to sue to get). The study was so poorly done, the agency initially considered it invalid. But it was allowed to stand anyway, and -- despite the concerns of EPA scientists revealed in a leaked memo -- clothianidin remains on the market, earning Bayer Crop Science $262 million in sales in 2009 alone.

As the Times notes, the explosive growth in the use of neonicotinoid pesticides has roughly tracked rising bee deaths. Combined with all the science showing that neonics harm bees, it’s hard to see how the EPA can justify further inaction -- especially with billions of dollars worth of agriculture (including my beloved peanut butter) at risk. The buzz is just too loud to ignore.