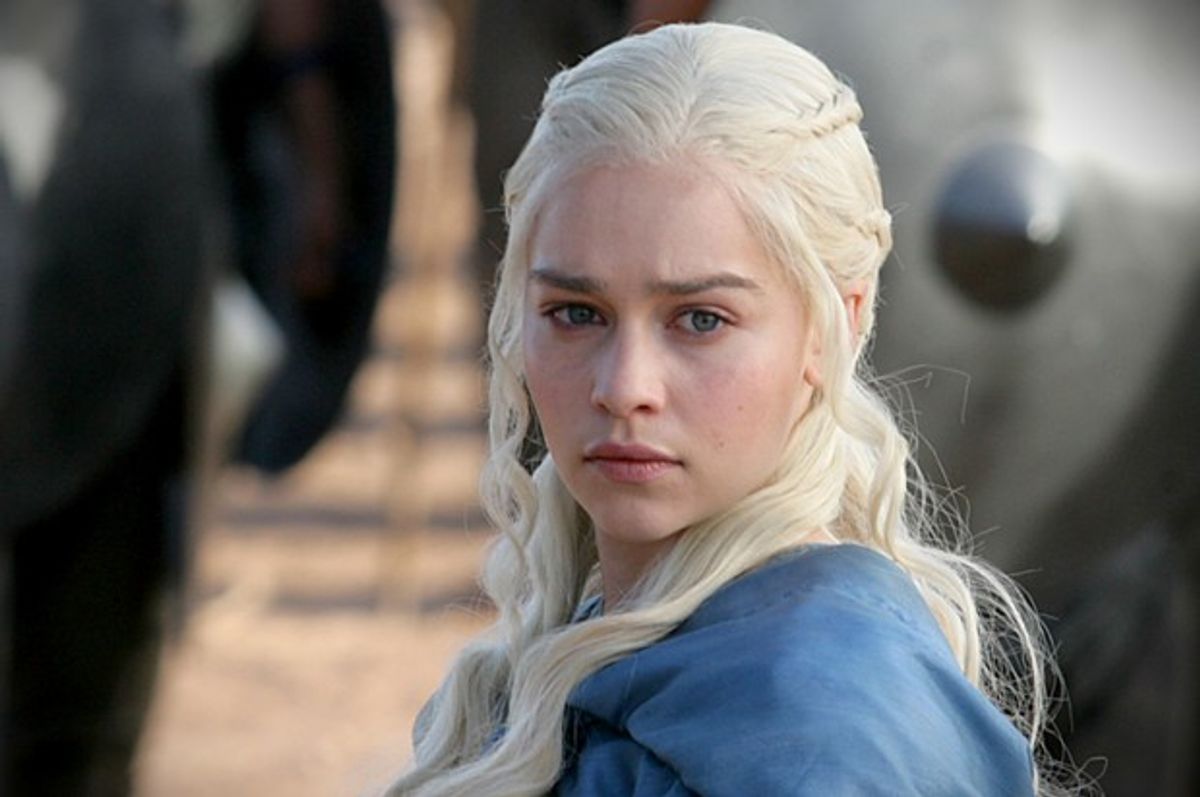 For anyone interested in epic adventure tales, Laura Miller recommends “Between Man and Beast: An Unlikely Explorer, the Evolution Debates, and the African Adventure That Took the Victorian World by Storm,” a study of Paul du Chaillu, an explorer whose remarkable journey is part Charles Darwin, part Indiana Jones:

"This elusive, gallant and endearing man was born on a date and in a place unknown, to a mother who has never been identified. His story, as told by Reel, is both a tale of plucky self-invention and an ironic reflection on the sometimes ugly inner workings of the scientific world."

Kyle Minor learns the secrets of the restaurant industry in Scott Haas' audiobook "Back of the House." He explains why the book reveals more than any television show ever can:

"This problem – the desire to get closer, down in the trenches of the daily life of a person who belongs to a world not one’s own – can never find its solution in television, because the medium is too distorting, and there is too much money at stake to offer the kind of screen time that a closer look would require, and, anyway, the presence of the documentary cameras would change the behavior of everyone involved so much that any hope for closeness would be dashed.

Faced with these constraints, the book begins to seem like an advanced and exciting technology. It can be whatever length it needs to be. It can see its subject not only from the outside, but also from the inside, through careful reconstruction." Andrew O'Hehir is fascinated by the wonky theories about "The Shining" that "Room 237" uncovers:

"Rodney Ascher’s extraordinary, copyright-defying documentary “Room 237” – “Shining” aficionados will immediately grasp the reference – serves as an introductory primer to the madness and genius of the various “Shining” theories. It does so in hypnotic fashion, stitching together dozens of clips from that film along with Kubrick’s other features (although I didn’t notice anything from “Spartacus”) and an eclectic range of cinematic touchstones stretching from F.W. Murnau’s 1926 “Faust” to “All the President’s Men” to the 1982 “Creepshow,” a collaboration between King and director George A. Romero. We learn along the way that “The Shining” may be read as a commentary on the Native American genocide (a persistent and at least somewhat convincing hypothesis) or on the Nazi Holocaust, is a study in sexual demonology or a coded apologia for Kubrick’s having helped NASA fake the moon landing." Willa Paskin celebrates the return of "Game of Thrones," the HBO adaptation of George R.R. Martin's fantasy series, which returns for a third season this Sunday:

David Benioff and D.B. Weiss, the duo who have been adapting and filming George R.R. Martin’s novels for television, seem entirely unflustered by the size and scope of the source material. They will not be hurried. They are heavily editing — streamlining some stories, fleshing out others — but they are in no rush. As a result, even as “Game of Thrones” is increasingly unfaithful to the books, the experience of watching feels more and more novelistic, an exercise in patience, in letting a world develop and encompass you. As the show jumps from character to character, watching feels like nothing so much as reading, not just the “Song of Ice and Fire” saga but novels like “A Visit From the Goon Squad” or “Cloud Atlas,” which interrupt a reader’s relationship with a story long before she’s through, and then pull off the magic trick of making her care just as deeply about what comes next.