Shroud of Turin may have been used during Jesus' lifetime 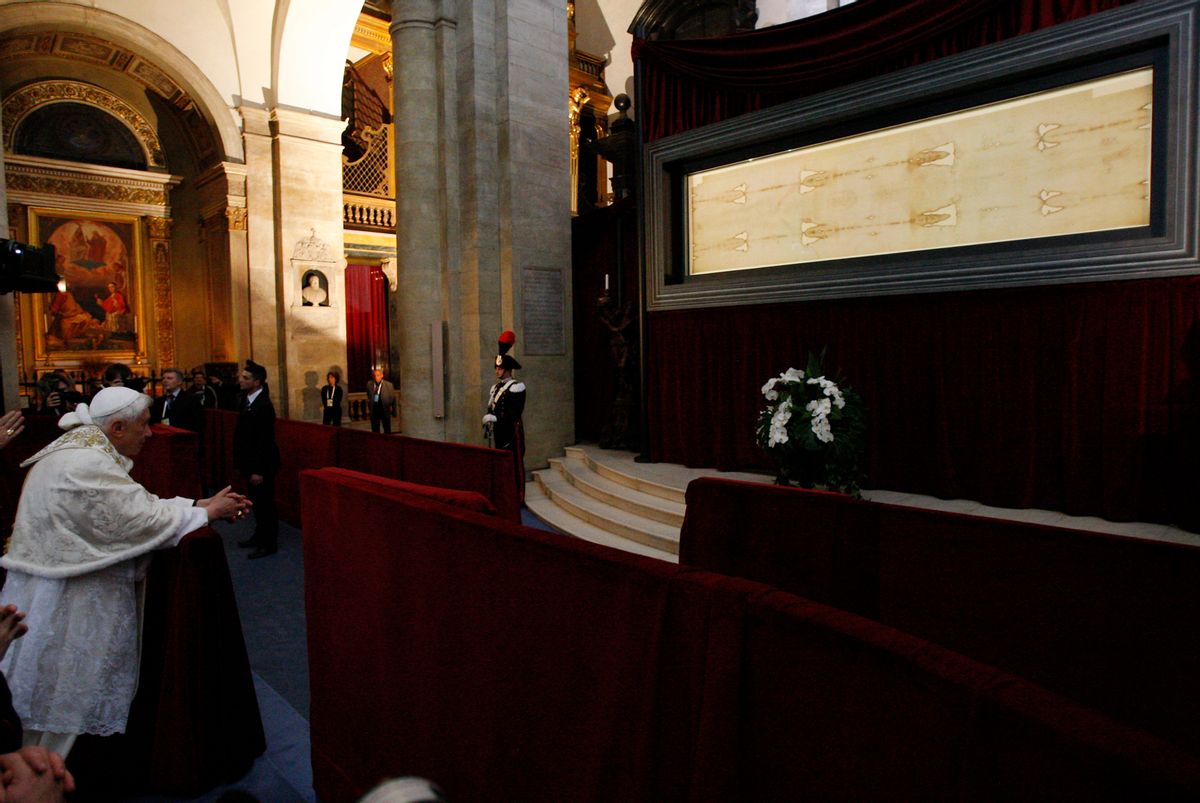 Scientists from the University of Padua in Italy say new tests they have performed on the Shroud of Turin, a linen cloth imprinted with the face and body of the man who was buried in it, dates the cloth to between 280 BC and 220 AD, the Guardian reported.

Many Catholics believe the shroud is the cloth in which Jesus was buried, but others dismiss the relic as a forgery made in medieval times. If the Italian scientists are correct, the shroud could have been used during Jesus’ lifetime.

In a new book, "Il Mistero della Sindone" or “The Mystery of the Shroud,” Giulio Fanti, a professor of mechanical and thermal measurement at the University of Padua, and Saverio Gaeta, a journalist, explain how fibers from the shroud were analyzed using infrared light and spectroscopy, the Daily Telegraph reported.

A 1988 study determined that the shroud was from 1260 to 1390, but Fanti says that the carbon-14 dating used in the study was "false” because of laboratory contamination, the Daily Telegraph reported.

News of the study comes as the Vatican announced it will show the shroud on television for the first time in 40 years, the Guardian reported. Pope Francis will introduce the 90-minute broadcast of the shroud on Mar. 30, known as Holy Saturday to Catholics.

"It will be a message of intense spiritual scope, charged with positivity, which will help hope never to be lost," Cesare Nosiglia, the archbishop of Turin, said.