App of the Week 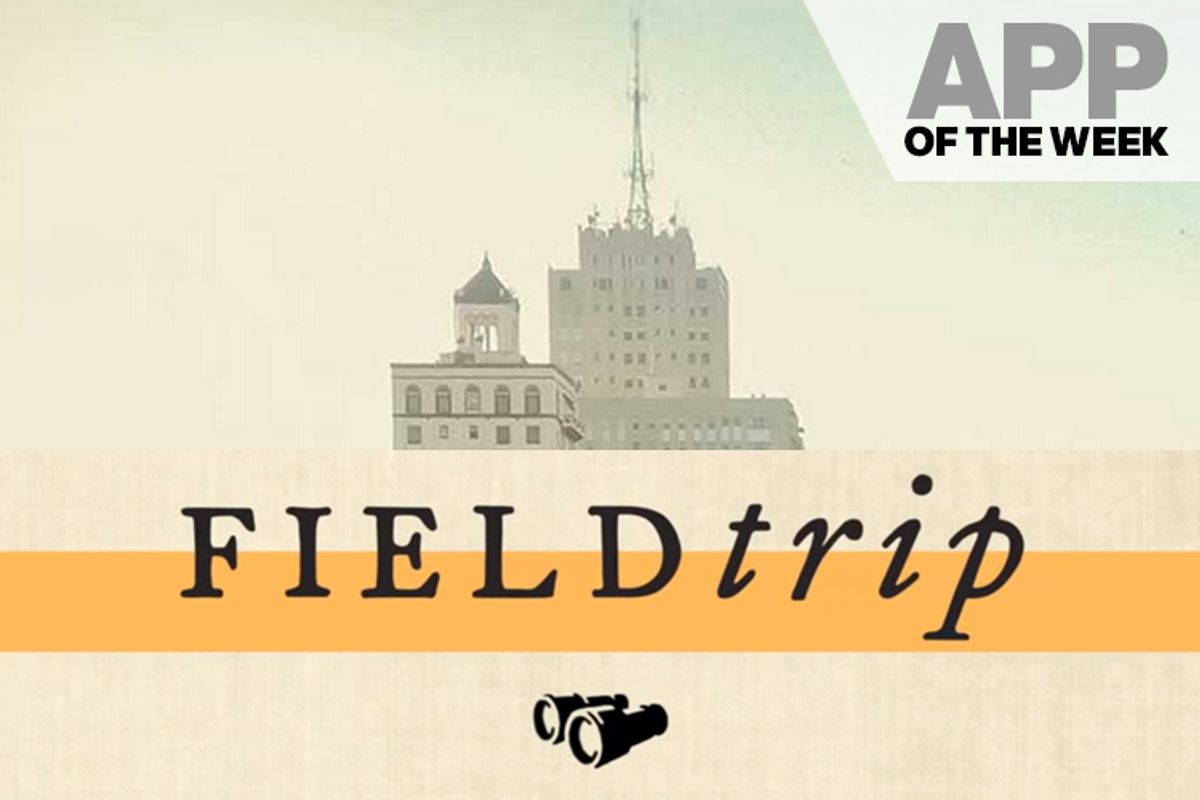 Welcome to Salon's App of the Week. You may well ask, does the world really need another App of the Week (or day, or month, or year) feature? Google the words "app of the week" and you'll see what I mean. If you're looking for recommendations for new apps, a near-infinite number of media outlets are eager to oblige you.

But Sturgeon's Law -- 90 percent of everything is crap -- applies at least as much to app recommendations as it does to any other field of human creativity. I don't know about you, but I am not going to pay $1 for the official Mr. T iPhone app, which Gizmodo promoted as one of its Apps of the Week in February.

Nor will I sit here with a straight face and offer up an H&M shopping app or an app that will let you add fancy lettering to your photos as my carefully chosen recommendation of the week. While I can see how such apps might be attractive for certain people (my son, seriously, would find the H&M app useful) I'm looking for apps with a little more wow, apps that exploit the true potential of our mobile medium.

Which brings me to my choice to kick off Salon's new feature: Google Field Trip.

Available for Android since last September and for iOS devices since early March, Google Field Trip is a location-based tour guide designed to notify you of interesting things in your immediate neighborhood. These could be restaurants, historic landmarks, art shows -- or just straight-out deals, like a coupon for a purchase at a nearby store.

It's up to you how you use Field Trip. Google has teamed up with more than 80 different databases to provide information, but you can pick and choose which ones are allowed to send you alerts. You may decide that Atlas Obscura's "catalogue of the singular, eccentric, bizarre, fantastical and strange out-of-the-way" is not your cup of tea. Or you may be absolutely delighted by its suggestions.

I personally am in general a big supporter of apps that add a layer of knowledge on top of my environment. I'm convinced that the more we know, the better choices we can make about how to spend our time and dollars. If Yelp tells me that there is a great independently owned diner a mile away, I'd much rather check it out than settle for the fast food place around the corner. Well-targeted information rewards quality. So, in principle, the idea of Google Field Trip is exactly the kind of thing I want to use my smartphone for.

As an initial test, I tried Google Field Trip out on my own neighborhood, an impoverished region in southwest Berkeley, Calif., that is not part of anyone's tourist map. I was immediately impressed. I learned that a new brew house specializing in craft beers is opening next month just around the corner (literally!) from my house. This was (welcome) news to me! I was also introduced to the legacy of a pioneering resident of my district, Frances Albrier, an African-American union organizer who was the first woman elected to the Berkeley City Council in 1939, and the first black woman hired in Shipyard Number 2 in Richmond, Calif, as a welder.

Google Field Trip (via Atlas Obscura) also told me that I was just a block away from the Biofuel Oasis, a woman-owned collective that sells biodiesel and urban farming equipment, but I already knew that. So much for the singular and bizarre.

Learning two new things about my own neighborhood hooked me, line and sinker. I'm always a sucker for a new recommendation, but becoming more deeply informed about the history and architecture of a region fills a deeper intellectual thirst. I am very much looking forward to trying Field Trip out on places I've never visited before. The integration of all those different databases makes Field Trip, again, in principle an extraordinarily powerful tool for enriching our excursions.

I say "in principle" because it's not clear how in-depth Field Trip's coverage is across the entire U.S. I used the integrated Google Maps feature to peer into some other regions I know pretty well and received widely varying results. I took a look at downtown Gainesville, Fla., and found a wealth of interesting historical information, but very little in the way of restaurant or bar recommendations. I zoomed in on Peterborough, N.H., and found zero recommendations of any kind. I checked out my father's old neighborhood in the Upper East Side of Manhattan, and discovered much less than one would expect of one of the most densely packed regions of the world. Google Field Trip needs to upgrade its New York databases -- and that's no trivial matter, considering how useful a good Manhattan tour guide would be.

But I'm not really all that bothered by current holes in Field Trip's coverage. The way Field Trip is structured, collating information from multiple databases, means that new sources of info can be plugged in all the time -- and those old databases will likely grow and deepen. What Google Field Trip represents is an intuitively natural way to use our smartphones that should improve over time. The more information we have available to integrate into tour guides of this kind, the better they'll get, and while I might have some serious reservations as to where Google is headed as a company, I have a lot of faith that this is exactly the kind of thing the search giant is really, really good at.

One major caveat: To use Google you have to log in with a Gmail account. This means, of course, that Google will be able to correlate your use of Field Trip with all the other information it gathers about you. That implies a vast potential for exquisitely targeted advertisements. Now it may well be that when your phone pops up with a notification that there is a happy hour special on craft brew IPAs at the brew house around the corner, and offers you a 50 percent off coupon on your first pint, you'll be delighted at such helpful solicitude. Field Trip also allows you to manage the frequency of notifications, so we should be able to use it without being constantly barraged with seductive come-hither whistles. But it's still sobering. The more layers of information Google provides to us, the more it learns about us. Free apps have a real price.