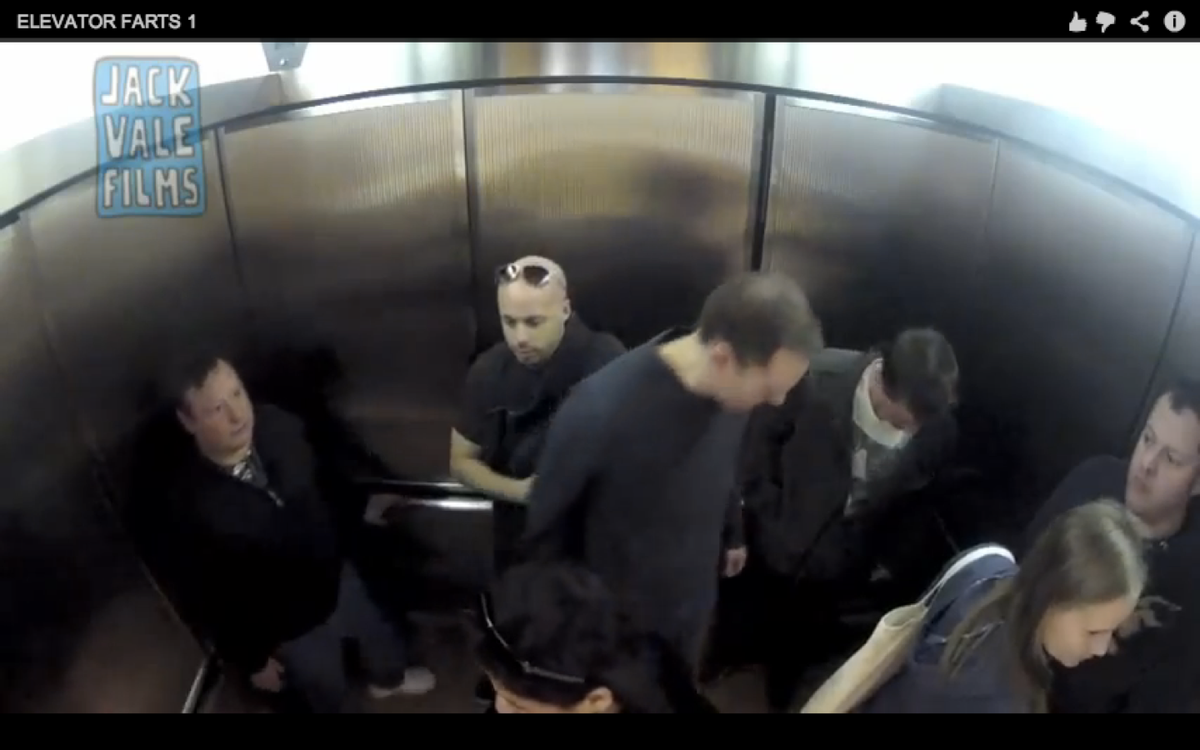 Amateur pranksters have turned the massive, video-sharing site into a low-budget version of Punk'd. Instead of following Ashton Kutcher around Hollywood as he pulls gags on the rich and famous, YouTube pranksters usually target a close friend or a group of strangers.

They're in your town square and at your local university, turning tricks for all the world to see. And in the process, they're raking in thousands (and sometimes millions) of views.

These 10 con artists will make you cringe, feel awkward, and/or crack up as each scene unfolds. But enjoy them while you can: YouTube recently announced (on April 1) that it's shutting down for 10 years to pick a winner.

Specializing in what he calls "Pooter" pranks, Vale works mostly with hidden cameras, capturing reactions as he makes strange noises. He also does a number of "paranoia" or "nonsense" pranks in which he'll try to make a stranger paranoid or speak gibberish to them. Vale has appeared on Lopez Tonight and pulled pranks on celebrities at the 53rd annual Grammy Awards.

Atwood’s antics are what they seem upon first glance. Just watch him fake a fire on a friend or offer tourists "woody" and "buzz." He’s perhaps best known for this hilarious bit with a Shake Weight.

These pranksters incorporate elements of magic into their range of invisible pranks. They started going to just about every fast food drive-thru in town, but once people started to catch on they moved to fooling tourists with an invisible friend.

Public Prank's name is pretty self-explanatory. Most of their pranks are in view of big crowds or in the tourist areas of Los Angeles, and they either try to get empathy from the crowd during a fake scenario or use an old horror movie trick to scare the crap out of passersbys.

Stuart Edge didn't start making prank videos until last December, but his pranks are pretty tame compared to some of others on this list. Often calling in friends to help, he'll visit college campuses and talk with the students with stinky breath and try to get coeds to kiss him or the actors involved.

Jesse and Jeana call themselves the "Craziest YouTube Couple," and given their repertoire of pranks, they may have a point. When they're not out to get one another, they manage to collaborate on bigger pranks for the public (and even got Jenna Marbles involved with one).

LAHWF specializes in pranks and interactions that leave you feeling awkward, whether that involves corny jokes, faking out on kisses, eating leftover food, or failing to finish that joke.

Bassmaster puts himself out in front of the camera for his pranks, singing in public and dressing up as one of his original characters. He'll often collaborate with fellow comedian Nathan Barnatt to "psh" their way through a city.

Remember that zombie attack prank in Miami shortly after police found a man eating another man's face? That was Zdorovetskiy. He was arrested last July on bomb hoax charges after he left conspicuous-looking suitcases near strangers and one person chased him down.