Egyptian satirist Bassem Youssef on his interrogation: "We reviewed punchlines" 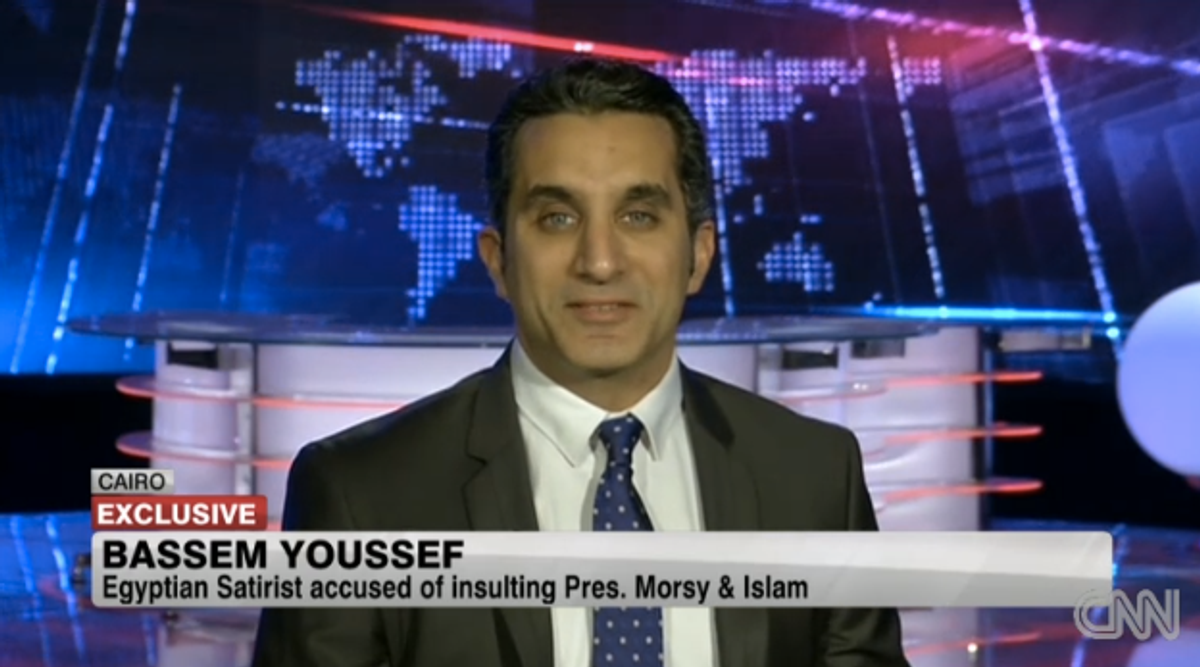 Bassem Youssef, Egypt's premiere satirist, was detained on Sunday following allegations that his satirical news program, "The Program," (similar to "The Daily Show") was insulting president Mohammed Morsi and the religion of Islam. The interrogation made headlines as human rights activists hailed it to be the leadership's most serious human rights infringement in the past year. He was released on bail on Sunday.

CNN's Christiane Amanpour interviewed Youssef on Monday, asking him about the experience:

"Basically we were going through the punch lines that were considered by others as an insult to the president or being in contempt to the Islamic religion. We were basically answering questions, line by line, phrase by phrase and joke by joke."

Youssef hopes to get the bail of $2,200 back, but said, "If there is no case, hopefully I'll get my bail money back. If not, I'm just going to go to trial and see what happens."