However, the arrest has been deemed one of the government's most serious infringements on free speech in a year 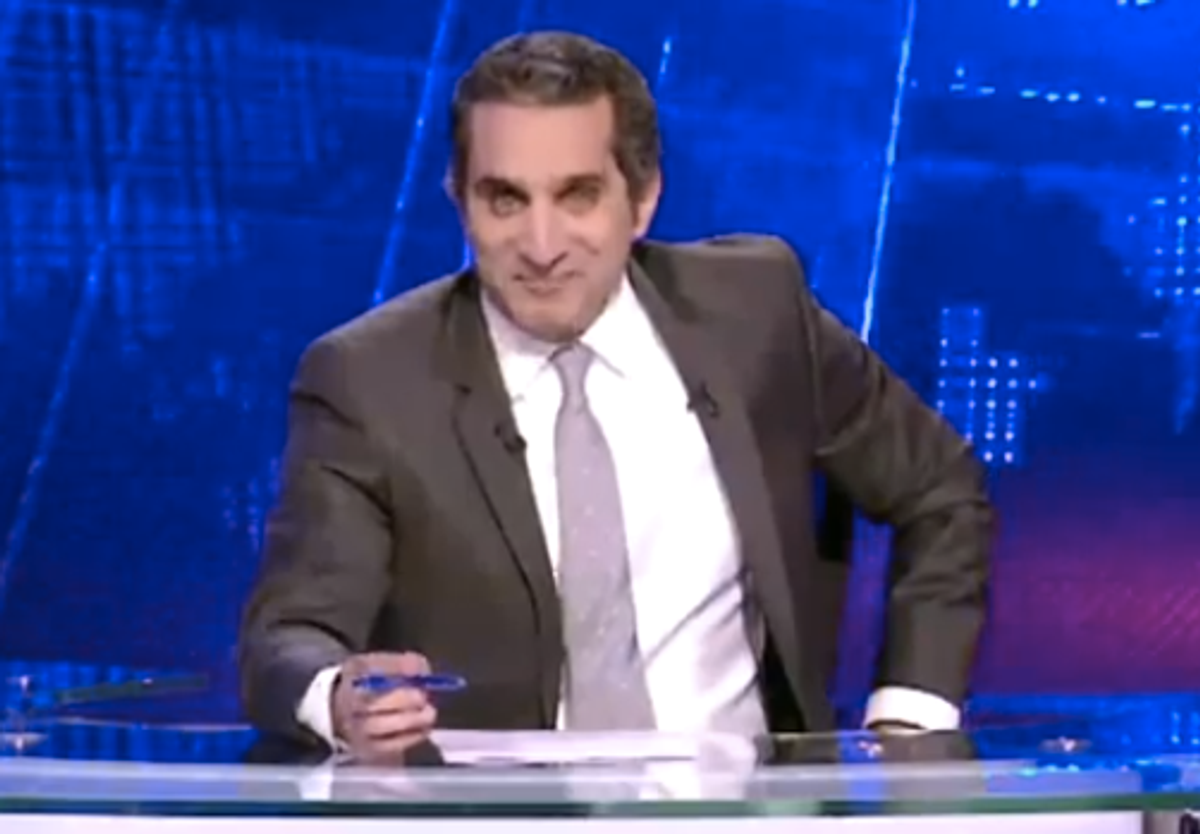 Egyptian satirist Bassem Youssef, who has been hailed as Egypt's Jon Stewart, was released on bail Sunday after being questioned for several hours over allegations that he has insulted Islam and Egyptian president Mohamed Morsi. The interrogation marks the latest in a series of arrests on journalists in Egypt, deepening concerns over censorship in the nation:

"It is the latest in a series of arrests of opposition activists, lawyers and politicians this week – and according to Egypt's foremost human rights campaigner, it heralds the most serious affront to free speech since associates of Egypt's Muslim Brotherhood assumed power last year. 'This is the crackdown,' said Heba Morayef, director of Human Rights Watch in Egypt.

Youssef rose to prominence after the country's 2011 uprising. His show has more than 30 million viewers across the Middle East and he has been sued several times by private individuals. But this is the first time that the prosecutor general, Talaat Abdallah, has followed up one of the complaints with legal action – a symbolic gesture that suggests President Mohamed Morsi's Islamist-led regime is now prepared to take a more authoritarian stance against its critics."