New spill reveals how horrible Keystone could be

Unsure what to think of Keystone pipeline? Check out this video of a shorter pipeline leaking oil all over a street 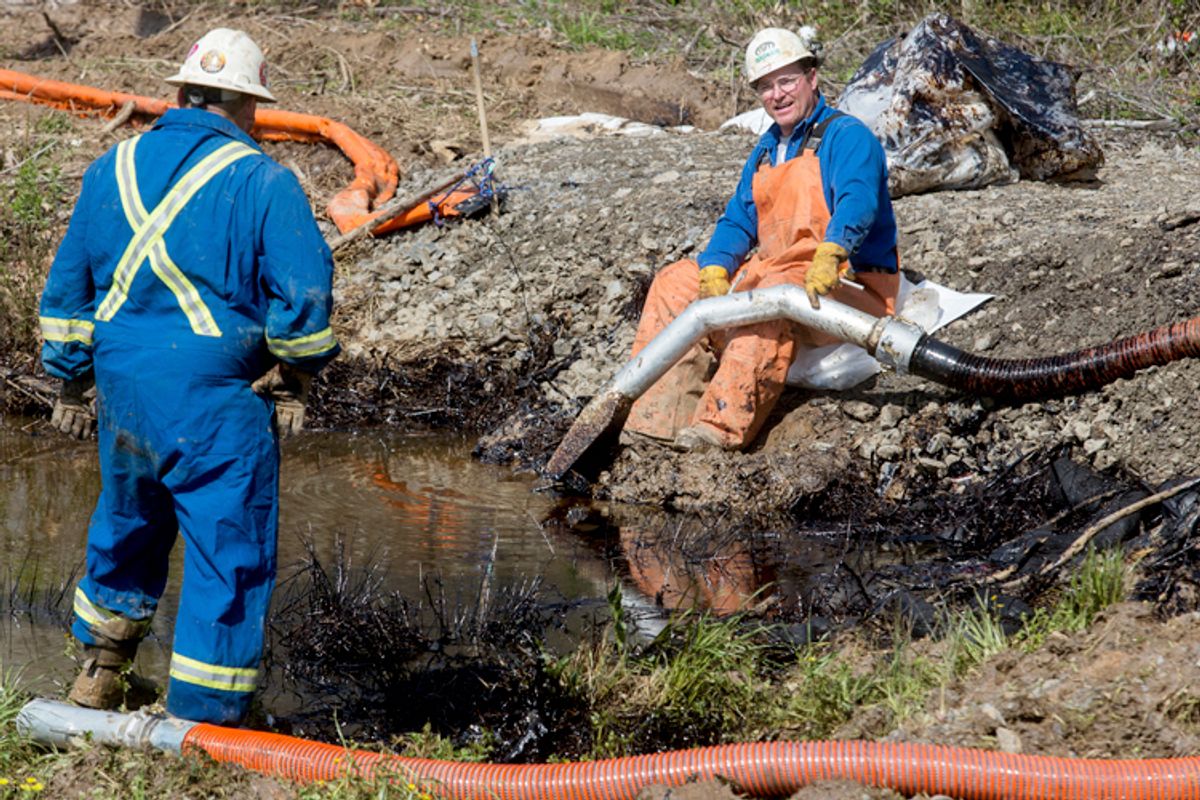 The Keystone XL pipeline was already a bad idea three days ago. It is a terrible idea today.

This weekend, the Orwellian-named Exxon Pegasus pipeline spilled thousands of barrels of oil into a residential neighborhood in Mayflower, Ark. Twenty-two families were evacuated from their homes, and cleanup, days later, continues. Check out this appalling video of crude oil leaking into the streets of this everyday American community:

This just adds to the mounting evidence against the Keystone XL. Specifically:

Maybe you’re like Sean Hannity and think climate change is “the biggest scientific fraud in our lifetimes.” And maybe you also think kittens can really fly. Yet even if you disagree with 97 percent of the world’s scientists that climate change is real, even if you’re not worried about the unprecedented carbon dump that would result from expanding tar sands extraction, even if you’re not worried about the prospect of an oil spill near a major aquifer that supplies water to 2 million people in the Midwest --- you should still be opposed to the pipeline of lies that would exploit American land for the sole benefit of oil company profits.

The fraudulent arguments for the Keystone XL pipeline continue to leak out. And leaks are toxic. Just ask those families in Arkansas.