As of now, they're either forced to pay huge premiums or a smaller penalty that leaves them with no coverage at all 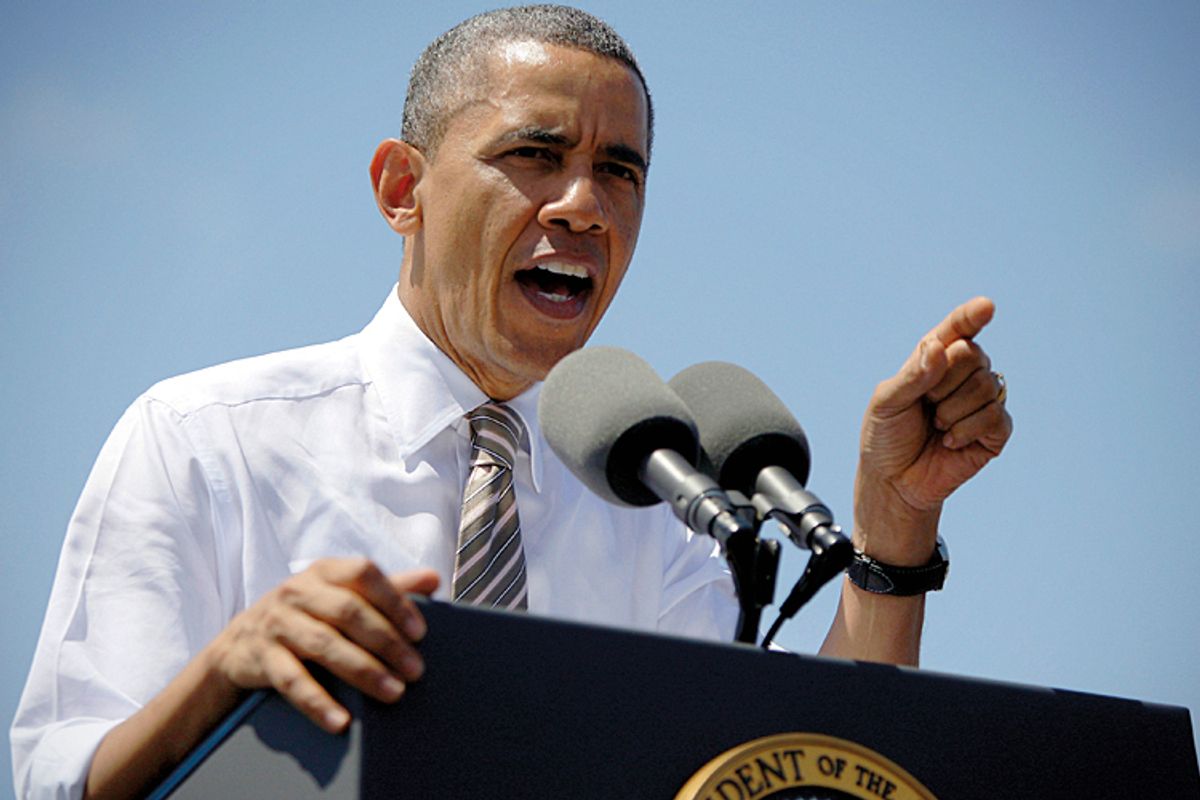 The whining from some fast food chains that they won’t be able to afford paying for their employee’s health coverage under Obamacare have gotten a lot of press. But what is more troubling is the recent news that some big chains are concluding that the costs won’t be nearly as high as they had projected. The reason: their employees won’t be able to afford the health insurance and will instead pay a fine and remain uninsured. This fight is just the first battle in the coming war over Obamacare that will center around those who get left out. Big flaws in the bill will mean that many low-wage workers will be forced to choose between paying huge chunks of their income on premiums or on a penalty that leaves them with no coverage at all. Reformers should take note and get ready for the coming struggle.

Last week, the Wall Street Journal reported that Wendy’s lowered its estimate of the cost of Obamacare for each of its restaurants by 80 percent, from $25,000 a store to $5,000. The hamburger chain figured that many of its full-time employees, who will be offered health insurance through the company, will turn down the coverage because, as the Journal reported, “they can get insurance through Medicaid or a family member, or because they prefer to pay the penalty for not having coverage.” That penalty starts at $95 a year, although it will go up to $695 by 2016.

Wendy’s isn’t alone. Several other fast food chains have come up with similar estimates. One example is Popeyes, which figures that since only 5 percent of its employees have signed up for the high deductible plan now offered at a price of only $2.50 a week, few workers will choose to pay an estimated $25 a week for the improved coverage it will offer under Obamacare. While the new coverage required under the law will be far superior to the plan Popeyes now offers, with a good list of benefits, it will still include a steep deductible, particularly for a low-wage worker.

The debate over fast food chains and their workers is revealing one of the biggest flaws in the Affordable Care Act. Many low-wage workers will be put in a very difficult position: pay a big chunk of their limited wages for health insurance that is costly to use, or pay a fine for the privilege of remaining uninsured. This is an example of how the debate around Obamacare is about to take a huge turn. Instead of partisan opponents fearmongering about the theoretical impact of the law, the new struggle will be around the actual experience of those Americans whom the law was written to protect: people who are uninsured because they can not afford coverage or are locked out of the system because they have a pre-existing health condition.

Come January 2014, millions of people will get affordable health coverage for the first time. These will mostly be working people who do not get insurance on the job now but will become newly eligible for Medicaid or income-based tax-credits to buy insurance in the new health insurance marketplaces (“exchanges”). This will also include those who will no longer be turned down because of a pre-existing condition. The expansion of Medicaid – in states that give that the green light – and the income-based subsidies will create a huge new constituency for Obamacare that will oppose any attempts to roll back the law.

But due to problems written into the Affordable Care Act, the news won’t all be good for many people who can’t get affordable coverage now. There are some for whom the coverage in the marketplaces will still be too costly because the subsidies are too stingy. For example, a single person who earns just $33,500 will be required to pay $258 a month in premiums, which is more than 9 percent of his or her gross income, for coverage. That’s a big chunk out of a moderate income and is more than twice as much as that person would pay under Massachusetts’s current, successful law. In fact, people who earn more than two times the federal poverty level would be required to pay premiums from 6.3 percent to 9.5 percent of their incomes. If those costs are out of their financial reach, the bleak alternative is to pay a fine for remaining uninsured. It’s true that the coverage will include good benefits, free preventive services, and a cap on out-of-pocket costs. But unless it is already paying high medical bills, that won’t help a working family pay a high premium. The millions who face this dilemma will not be happy to have to make the choice between premiums that will put a big squeeze on an already tight budget or paying a fine they can’t afford for no benefits at all.

Which brings us to the second big group of people who will face this dilemma: low-wage workers who work more than 30 hours a week for a business that has 50 or more full-time employees. These employers can require employees to pay up to 9.5 percent of their incomes as premiums. The premiums are likely to be less for individuals; Popeyes estimates $1,200 a year, which would be similar to what has been found workable in Massachusetts. However, unlike in Massachusetts, the minimum coverage will have very high out-of-pocket costs, so workers will face high premiums for coverage that they can’t afford to use (although preventive care will be free). Furthermore, employers could decide to put more of the costs on to their workers, forcing them to choose between the premium and fines.

The news is much worse for family coverage. The IRS ruled earlier this year that the 9.5 percent rule will apply to the cost of individual coverage, even if family coverage costs much more than this. Here is how the New York Times editorial board explained the impact, in an editorial titled, “A Cruel Blow to American Families”:

A Kaiser Family Foundation survey found that in 2012, employees’ annual share of insurance premiums averaged $951 for individual coverage and $4,316 for family coverage. Under the I.R.S. rule, such costs would be considered affordable for an employee with a household income of $35,000 a year — making the employee’s spouse and children ineligible for a public subsidy on a health exchange, even though that family would have to spend 12 percent of its income for the employer’s family plan.

The Times goes on to report that between 2 million and 3.9 million spouses and children could lose access to affordable coverage because of the ruling. Those are millions of people for whom the law will be an empty promise.

The major purpose of the Affordable Care Act was to make decent health coverage affordable to Americans, and the law’s success will depend on how well it does just that. Next year, many millions of now uninsured people will gain access, but there will be millions of others for whom the promise remains out of reach. In the toxic political atmosphere surrounding Obamacare, the people left out will take center stage.

Republicans will seize on this situation to argue that the law is not working and use these people’s frustrations to portray the law as an expensive failure. The task for the champions of the ACA will be to unite those who are benefiting under Obamacare with those who will only benefit if the law is made more affordable. And since making coverage more affordable will take the government and, ideally, employers paying for more of the premiums, enacting the fixes will require a big political lift, particularly in the current Congress. Meeting this challenge will require organizing the winners and the losers to push for strengthening the law together.

All of this will become an issue in the 2014 and 2016 elections. In this way, Obamacare will join Medicare, Social Security, and Medicaid as perennial issues of public debate, with competing visions of the role of government in assuring the security and well-being of our citizens. It’s a fight that never ends.