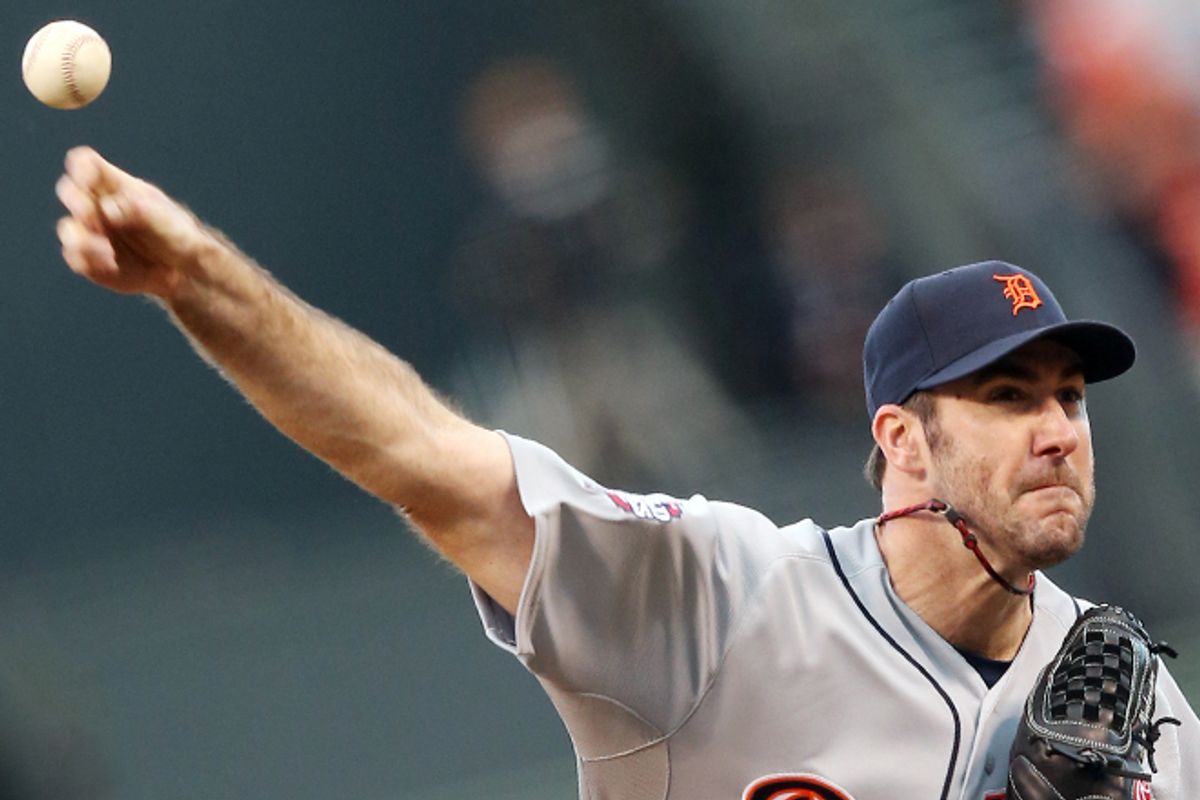 Of the many names assigned to the Jewish holiday of Passover, one of the best — maybe, most hopeful — is hag h’aviv, “the holiday of spring.” I spent this past week in Cleveland, celebrating the holiday midst evening snow and near-freezing temperatures, thereby necessitating some serious meteorological-temporal-phenomenological leaps to try and ring in the new, but by no means arrived, season. Though the Jewish liturgy and tradition speak to spring, for those of who grew up on the shores of Lake Erie, Passover often played the ironic foil, laughing at our seasonal affect from the depths of biblical eternity.

What always (truly) signified spring was baseball; you knew the weather was going to get better when kids skipped class for opening day’s afternoon first pitch, even if you wore the down parka only a few days before. It is thus fortuitous, and arguably a saving grace, that both Passover and Easter fall during the last week of spring training this year. The furious overanalyzing of the starting rotation, bullpen, and outfield, paired with final calculations of home runs batted into palm tree strewn outfields, can give those of us in the north some solace.

I’d like to argue, though, that there is more here than just a seasonal shift — that a more cosmic confluence exists between Passover, Easter, and baseball that enriches and enlivens why so many of us love so dearly this age-old American pastime. Here, I want to turn to the late Jacques Barzun, who died this past fall. A cultural historian and philosopher of education, Barzun would be limited, and made more bland, by the term eccentric.

I know of few thinkers who hold the range and depth of Barzun, but of the many subjects under his gaze, baseball played a famous, if minor, part. In his now classic essay, “On Baseball,” Barzun pulls off an incredible, Mariano Rivera-esque closing argument, in which he claims that nobody in the United Kingdom actually knows the rules of cricket, while nearly all Americans are steeped in at least a basic knowledge of baseball, the true realm of clear ideas. Of course, the vagaries and eccentricities of the baseball are numerous and almost schizophrenic in their presentation and quality, which Barzun gets at in the essay’s introductory paragraph:

The big league games are too fast for the beginner and the newspapers don’t help. To read them with profit you have to know a language that comes easy only after philosophy has taught you to judge practice. Here is scholarship that takes effort on the part of the outsider . . .

Yet at the same time:

It is so bred into the native that it never becomes a dreary round of technicalities.

Regardless of the excitement one derives from tallying batting averages, there is much to be done here with Barzun’s focus on the rules of the game. The minutiae of the sport are often aligned with the general mud of “boredom” slung at baseball’s vestiges. It’s as if because there are so many rules, slowing the game, it can hold no interest — not so unlike many of the criticisms of the Passover seder, or Easter mass. What Barzun makes clear is that this is, in fact, an absolute inversion of the qualities inherent in baseball’s structures. The rules serve not to promote drudgery, but instead work towards an increasingly open temporal, spatial, and most importantly, social space.

The rules are the life of the game, but cannot exist without that life. Baseball and its rulebook necessitate human actors and human moods, the desires of the players and fans, and the game is so dependent on the existential condition it inhabits, these intricacies become parallel to our daily lives. In Barzun’s eyes, the drama of sport clearly motions towards the arc of the human condition:

The rules keep pace with this imaginative creation so rich in allusions to real life. How excellent, for instance, that a foul tip muffed by the catcher gives the batter another chance. It is the recognition of Chance that knows no argument. But on the other hand, how wise and just that the third strike must not be dropped. This points to the fact that near the end of any struggle life asks for more than is needful in order to clinch success. A victory has to be won, not snatched.

What baseball has built into it’s very structure is an idea of the commons; that open, democratic, and deeply social space where these sometimes minute, sometimes tremendous dramas can play out and develop in space and time, “Being spread out, baseball has something sociable and friendly about it that I especially love. It is graphic and choreographic,” Barzun writes. And here, I believe, is the best and most venerable in both the sport and the religious rituals that serve to herald spring. When the rules are acted out as choreography towards a deeper commons, not as affectless limitations, they do good, and echo, if not necessarily bring physically forth, the eternal spring.