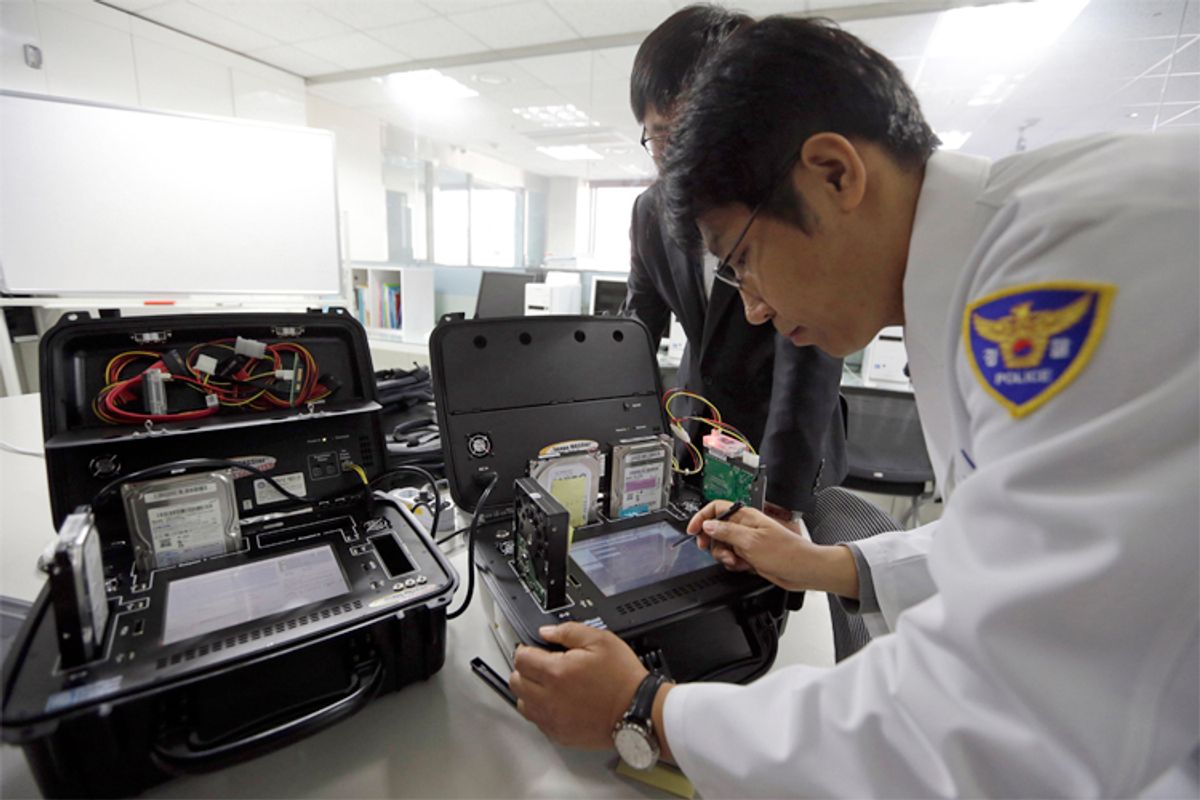 The announcement follows last month's hacking attack that brought down the servers of two major banks and three broadcasters in Seoul. The identity of those behind the attacks in March is still under investigation, though there has been some speculative finger pointing at North Korea.

"We will cooperate with the US to prepare measures in cyber policy, technology and information," a senior ministry official said, according to South Korean news agency Yonhap.

In Seoul, the mood in local press and among North Korea watchers is that the government is woefully unprepared for a cyber attack. This dearth has led to widespread criticism of the government over the past week, especially after authorities wrongly reported that a possible North Korean malware attack, supposedly originating in China, actually came from South Korea itself.

The error is giving ammunition to conspiracy theorists and political opponents of the current government. On web forums, they're even claiming that the malware attack was a political ploy designed to distract attention from the plight of Won Sei-hoon, the former head of South Korea's version of the CIA, known as the National Intelligence Service. He has been banned from leaving the country on allegations that his agency attempted to influence the December election in the conservative party's favor.

The administration of President Park Geun-hye says it will now prioritizing cyber-warfare planning. South Korea now ranks as the country most infected by malware.

Cyber Command is a special unit that was launched by South Korea in 2010, manned by 400 personnel. In contrast, the North has a unit made up of 3,000 elite hackers trained to extract information from computer networks and spread computer viruses.

Rhetoric between the two countries has become increasingly heated in the past few weeks, with South Korea's president warning on Monday that the North's military provocation would be met with a "strong response." On Saturday, the North had declared that it was now in a "state of war" with the South.

The Wall Street Journal noted that the US flew F-22 stealth fighter jets to South Korea on Sunday for joint exercises. As the WSJ noted:

In a conflict with North Korea, F-22s would likely be the first aircraft used. The hard-to-detect fighters could be sent in to take out air defense missiles and radars in advance of bombers aimed at missile launch sites or other targets. They also could be used to escort nuclear-capable B-2 stealth bombers, should these be used in a strike.