Ross Douthat and others try their best, but the arguments for "traditional" marriage aren't getting any better 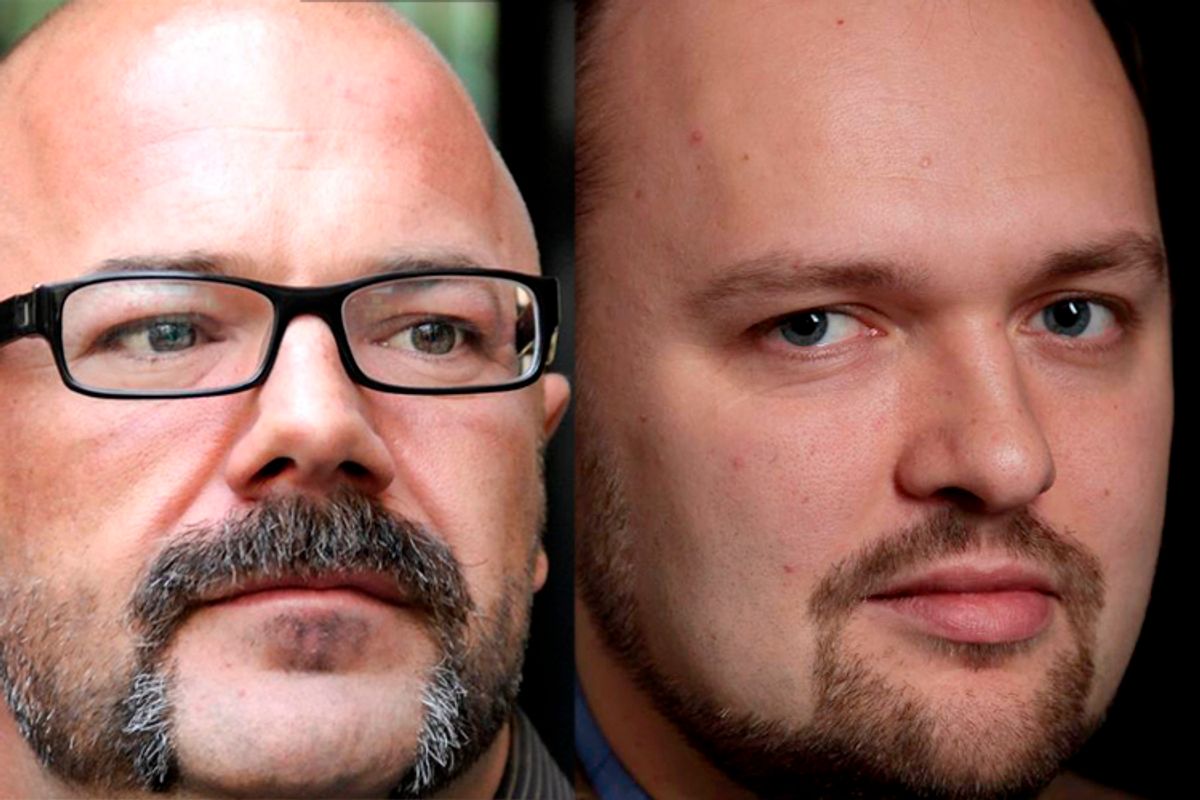 After days spent carefully studying the oral arguments in the two cases currently before the Supreme Court involving gay marriage, and then a nationwide attempt to read Justice Kennedy's mind, we now must wait months to learn what the Court will actually do. The debate has naturally shifted back to our toxic cable news, inane Sunday shows, and stultifying newspaper columns, where the evolution of gay marriage opposition is well underway. Not evolution necessarily to support, but to a politer form of opposition.

At this point it's apparent that every Democrat seeking the presidency in 2016 will be pro-same-sex marriage. If trends hold, a large majority of the country will be with them as well. But it's impossible to say whether and which Republicans running over the next few election cycles will be vocally opposed, supportive or totally noncommittal.

The old habits are hard to break. Conservatives just recently fell in love with neurosurgeon Dr. Ben Carson, a black conservative who became a constant Hannity presence after a National Prayer Breakfast speech that really stuck it to President Obama. Then Carson let it slip that his views on gay marriage are decidedly unevolved: He went straight to NAMBLA when asked about it on TV, and his last book goes with "fall of the Roman Empire" as an end result of "redefining marriage." (Carson apologized if he "offended anyone.")

On Sunday, New York Cardinal Timothy Dolan made it abundantly clear on "This Week" that he and the church would not be softening their stance, though they may, like Paul Ryan, soften their rhetoric. NOM's Brian Brown was on "Meet the Press" to insist that change isn't inevitable and to repeat that "Marriage is a union between one man and one woman." None of this is particularly helpful for a social conservative looking to maintain his opposition without appearing clownish or small-minded.

There was a better look at a more genteel sort of opposition in Sunday's New York Times. Ross Douthat is one of America's few remaining "respectable" opponents of same-sex marriage. If he wrote for the National Review, or the Wall Street Journal, that would not be particularly notable. But as a columnist for the (socially liberal) New York Times, he has to explain and defend his opposition to a presumably hostile readership. That is what he attempted to do this weekend in a column that was basically the polite version of the "gay marriage is destroying civilization" argument.

As a professional public intellectual, Douthat feels a responsibility to argue from something more convincing than simple tradition. Douthat isn't a marriage originalist. He invokes "a traditional view of matrimony" in his column, but he also writes of how marriage has "evolved to address" the "two interrelated realities" of "gender difference and procreation."

Douthat quotes a 1997 gay marriage debate between David Frum and Andrew Sullivan, in which Frum argued that redefining marriage would have the usual nebulous anti-civilization effects and a few specific negative effects on straight (procreative) marriages. Sullivan said marriage had already changed, and that allowing gays to participate would strengthen the institution.

Douthat -- who I don't think actually disagrees with Sullivan that much -- then says that Sullivan won the argument in the public sphere, but Frum (now a same-sex marriage supporter) has been proven right, by the data.

Yet for an argument that has persuaded so few, the conservative view has actually had decent predictive power. As the cause of gay marriage has pressed forward, the social link between marriage and childbearing has indeed weakened faster than before. As the public’s shift on the issue has accelerated, so has marriage’s overall decline.

Since Frum warned that gay marriage could advance only at traditional wedlock’s expense, the marriage rate has been falling faster, the out-of-wedlock birthrate has been rising faster, and the substitution of cohabitation for marriage has markedly increased. Underlying these trends is a steady shift in values: Americans are less likely to see children as important to marriage and less likely to see marriage as important to childbearing (the generation gap on gay marriage shows up on unwed parenting as well) than even in the very recent past.

Douthat's next paragraph begins: "Correlations do not, of course, establish causation," but in this case there isn't even correlation. Gay marriage is still banned in most of the United States. Exclusivity to heterosexual couples did nothing to prevent the severing of sex and procreation from "weakening" the institution of marriage. I also fail to begin to comprehend how growing public acceptance of gay marriage convinced more women to have children out of wedlock, or how national attention to a class of people who wish to get married convinced more straights to cohabitate outside of marriage.

It's always worth revisiting Douthat's debunking of 90 percent of conservative arguments against same-sex marriage, from a 2010 column:

What we think of as “traditional marriage” is not universal. The default family arrangement in many cultures, modern as well as ancient, has been polygamy, not monogamy. The default mode of child-rearing is often communal, rather than two parents nurturing their biological children.

Nor is lifelong heterosexual monogamy obviously natural in the way that most Americans understand the term. If “natural” is defined to mean “congruent with our biological instincts,” it’s arguably one of the more unnatural arrangements imaginable. In crudely Darwinian terms, it cuts against both the male impulse toward promiscuity and the female interest in mating with the highest-status male available. Hence the historic prevalence of polygamy. And hence many societies’ tolerance for more flexible alternatives, from concubinage and prostitution to temporary arrangements like the “traveler’s marriages” sanctioned in some parts of the Islamic world.

Put evolutionary psychology aside, this is a fairly comprehensive rejoinder to anyone who argues that same-sex marriage is a "redefinition" of an institution that has otherwise remained unchanged since the dawn of civilization. So without that appeal to ancient tradition, it's apparent that for Douthat, the institution reached its ideal state at some point in the very recent past, and be believes that our aim should be to preserve that ideal state. Or to somehow restore it.

But restoring it doesn't just involve preventing two men or two women from enjoying the same tax benefits as an opposite-sex couple! Restoring it would entail rolling back legal and societal advances dating back in some cases nearly 50 years (though obviously once Scalia takes care of that pesky "invented" "right to privacy" we'll be on the right track). Douthat can admit as much on Twitter* -- the mission is to turn back the clock, not merely to halt progress currently happening -- but if that mission were more explicitly acknowledged by opponents of gay marriage their cause would likely lose even more public support than it has thus far.

Social conservatives, in general, believe that we were better off when sex necessarily led to babies and babies necessarily led to lifelong marriage. None of them deny believing this, they just rarely (these days) put it in such stark terms, because that's not a very popular position. Especially among a large portion of modern women, for whom it reads suspiciously like serfdom.

The only way that belief is relevant to gay marriage is that gay marriage supports the modern notion that marriage is a thing two people who love each other do. One assumption underlying nearly all social conservative marriage arguments is that marriage is something fertile youngsters must be coerced into for the good of society as a whole. If you strip away the anti-gay moral revulsion the movement is truly more concerned with reversing the gains of feminism than the gains of LGBT rights. That's going to be a much harder sell, though.

Let's be clear: The ones currently trying to fundamentally reshape society aren't the gays, they're the traditionalists. Perhaps instead of expending so much money and psychic energy on forbidding same-sex couples from winning legal recognition of their relationships, social conservatives should've spent the past few years making the case that divorce should be safe, legal and rare.

*Never in my life did I expect to read that Ross Douthat "half agrees" with me on anything -- yet more proof, as if any was needed, that I've betrayed the cause.