The president went two for 22 because he doesn't practice enough, the White House says 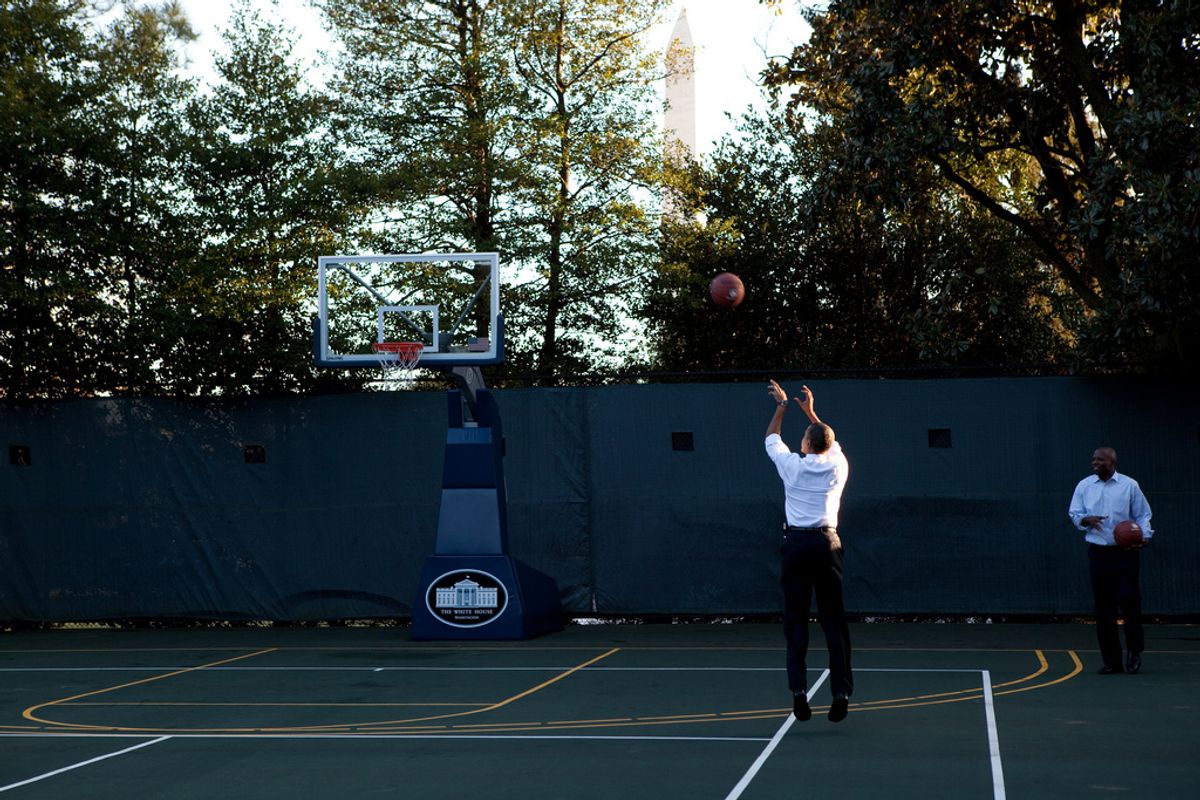 President Obama may have gone two for 22 when playing basketball at the White House Easter Egg Roll, but the White House says it's not because he's bad. Press Secretary Jay Carney insisted at Monday's White House press briefing that "having done a few shots with him, he's pretty good," adding: "The president doesn't get to practice probably as much he would like to."

Or perhaps Obama is just bad at basketball. Let's examine the evidence.

Exhibit B: NBA Commissioner David Stern once said: "He's not as good as he thinks he is."

Exhibit C: This description of a basketball game with Obama, by Michael Lewis in Vanity Fair:

Obama was 20 or more years older than most of [the other players], and probably not as physically gifted, though it was hard to say because of the age differences. No one held back, no one deferred. Guys on his team dribbled past him and ignored the fact he was wide open. When he drives through the streets, crowds part, but when he drives to the basket large, hostile men slide over to cut him off. It’s revealing that he would seek out a game like this but even more that others would give it to him: no one watching would have been able to guess which guy was president.

To be fair, there was at least one time when the president did show his chops: Back in 2008, when he was visiting American troops in Kuwait, Obama sunk a 3-pointer on his first shot: