"Buckwild's" Shain Gandee seemed a big-hearted guy with unrequited yearning. We should mourn him even more 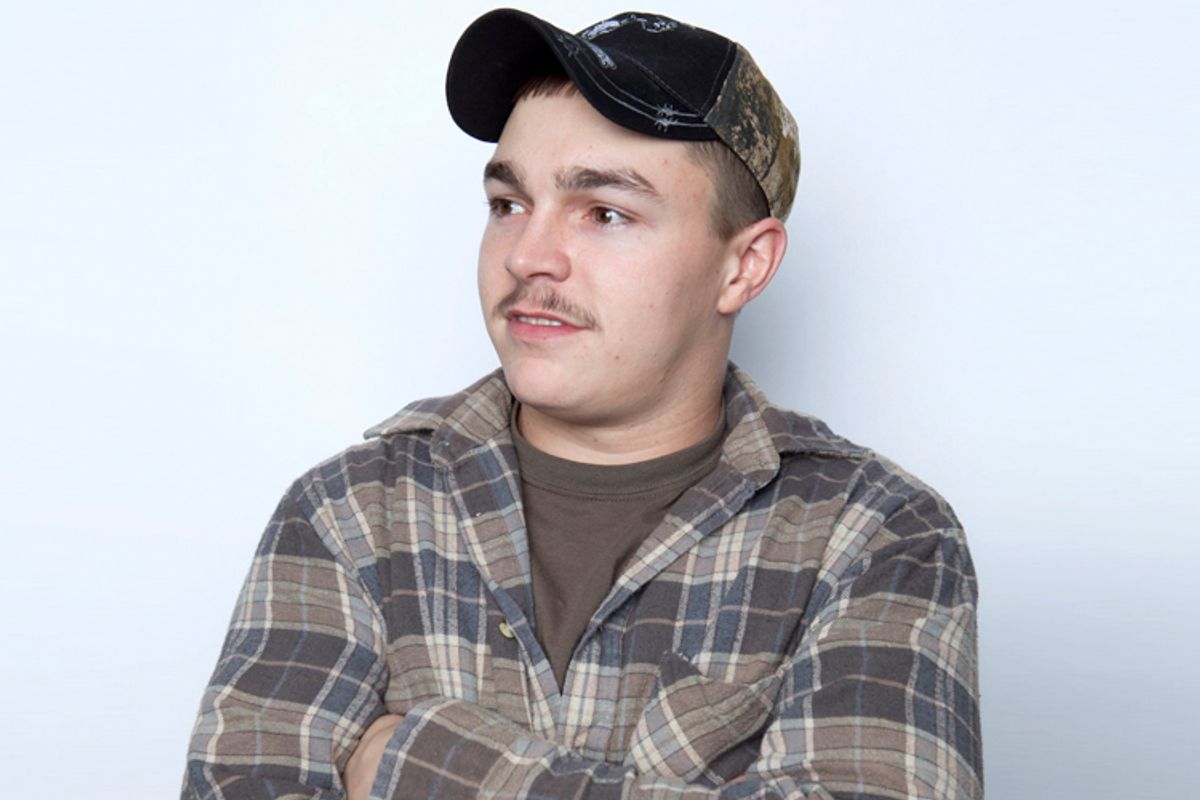 We all know Shain Gandee, the edited persona on TV, the one who was supposed to represent Shain Gandee the person, whose untimely death surprised us when it was reported Monday afternoon. Even if you never saw the MTV television series “Buckwild,” on which he appeared, you know Shain. You have friends like him.

We know Shain, because he was the one who wanted, but never quite got, the prettiest girl in the room. Though the young women on the show mentioned how much they liked his personality and admired his mechanical talents, they weren’t interested in him romantically. That must have hurt. We know this pain. We understand it. And we love those who suffer from it, for their quiet, unrequited yearning.

The producers and editors of the show “Buckwild” tried very hard to characterize Shain — or to encourage Shain to characterize Shain — as the “Redneck MacGyver,” the most country of West Virginia’s country boys. But in multiple glimpses of a deeper reality, we see him softly pining after the young women who desire his more stereotypically attractive male friends. Shain was shown upcycling trash in almost every episode, in hopes that one of his creative inventions would entice and not simply entertain. In his last televised stunt, he constructed an elaborate and charming pyrotechnic display, in order to secure the affections of Cara, one of his fetching co-stars. He earned a grateful and approving kiss from her by igniting their flaming initials on a large, metal frame. Motoring his life, rather than waiting for it, and never bitter or jealous, Shain was an optimist.

There are people who dread the future, doing everything they can to keep it from interfering with the present. Others try not to think about what’s in store for them. They wait. But some people live their lives with a deliciously pregnant sense of what’s coming next. They look forward. Shain seemed like that. How especially sad -- cruel and tragic, really -- to lose him before he was able to fully experience his joyful premonitions.

Reading the comments about Shain’s untimely death on the MTV website report, it is clear that his edited character was an audience favorite. Viewers found him “real” and unaffected, contrarian and creative, the perfect wingman. They liked everything about him -- his accommodating attitude, his reckless love for his truck(s), and his “can do” spirit. They’re wondering if the series, renewed for a second season, can possibly survive such a loss.

Let’s be transparent, so we don’t use this young man in death any more than he was used in life. I did not know Shain. Almost all of you did not know Shain. It’s not clear to me that much of the assembled cast of “Buckwild” knew him. After watching the series in its entirety, it appears to me that only his best friend, Joey, and his family really knew him. To those mourners, who I hope are not reading this, we offer our deepest condolences. No one should have to say such an early and permanent goodbye to a child or an old friend.

As for the rest of us, Shain’s death is merely conceptually sad: how sad to die so young, how sad for a full human life to reduce, publicly, to the epitaph “former reality star,” how sad to be co-opted and used by MTV, never to recover.

We’re familiar with death as it occurs within the context of fictional television shows. We know what to do. I cried my eyes out when Nate Fisher died on “Six Feet Under.” It’s not clear what we should do in this case. There was no foreshadowing. Though fictional narratives regulate their characters, reality is thoroughly contingent, and its openness can catch us off guard.

Part of what is so affecting about the death of a fictional character, like Nate or Henry Blake on "M.A.S.H.," is our surprise that we are so emotionally invested in someone whom we knew to be fictional all along. The full suspension of disbelief overwhelms our knowledge of the character’s fictionality and leads us to believe we are members of the Fisher family or the M.A.S.H. camp. A show like “Buckwild,” on the other hand, never invites the viewer to identify with the kids portrayed there, but to look at them, as objects of humor, ridicule, admiration, etc.

Shain’s death should be much sadder than Nate’s. But the conception, character development, writing and general care taken in the trashier reality shows is such that we aren’t affected in the same ways. We don’t respond. What’s so sad about this sad death is that it should be even sadder.

But there are a few ways in which we might pay some small tribute to Shain, at least some tribute to the edited character we did know: Fix something, instead of throwing it out. Hope for something you really want, instead of giving up. And embrace life’s wild risks as opportunities to become closer to other people.