Law enforcement agencies monitor our most basic acts. But try assigning them a watchdog and they resist with fury 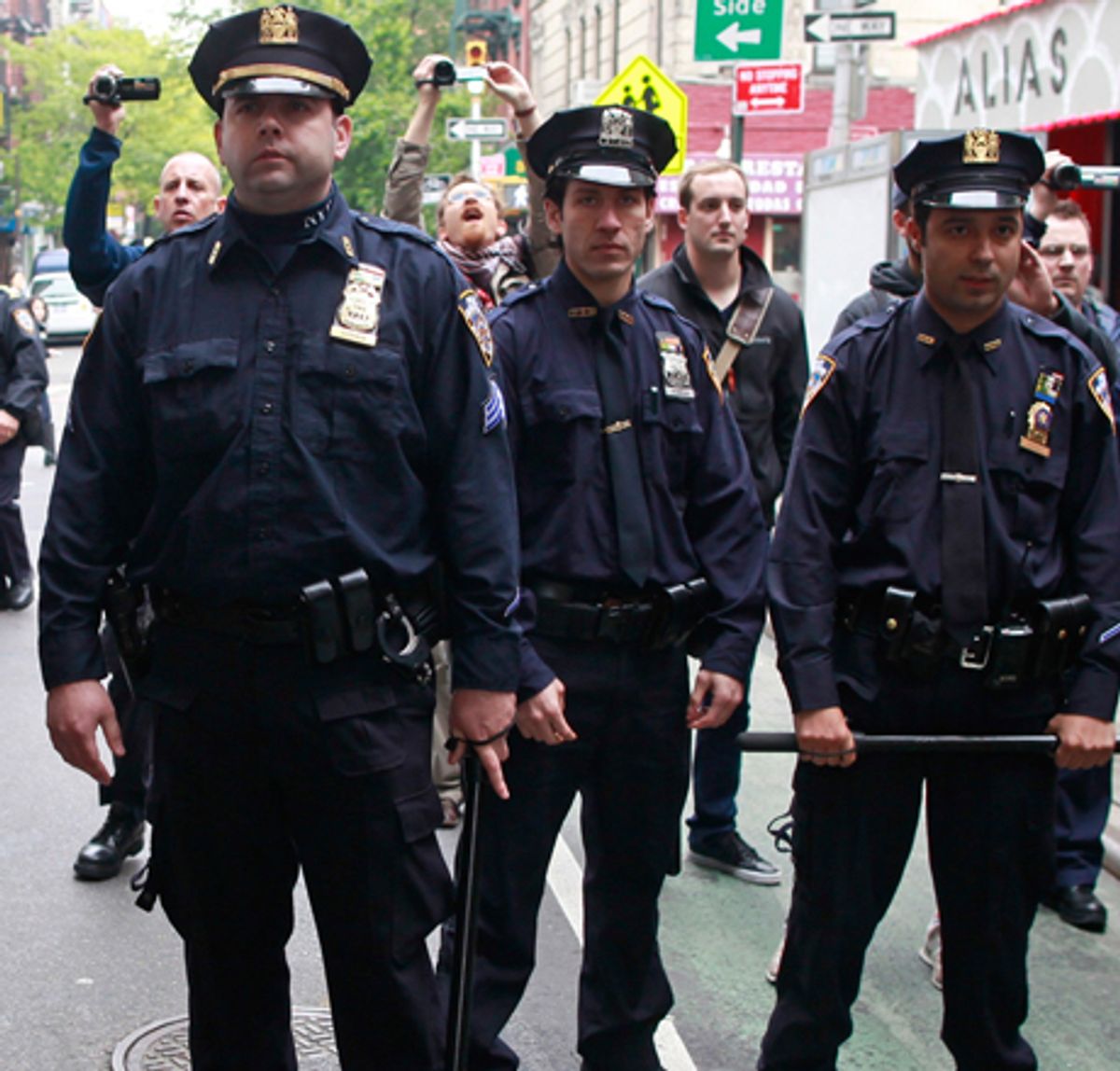 The Big Brother theory of surveillance goes something like this: pervasive snooping and monitoring shouldn't frighten innocent people, it should only make lawbreakers nervous because they are the only ones with something to hide. Those who subscribe to this theory additionally argue that the widespread awareness of such surveillance creates a permanent preemptive deterrent to such lawbreaking ever happening in the first place.

I don't personally agree that this logic is a convincing justification for the American Police State, and when I hear such arguments, I inevitably find myself confused by the contradiction of police-state proponents proposing to curtail freedom in order to protect it. But whether or not you subscribe to the police-state tautology, you have to admit there is more than a bit of hypocrisy at work when those who forward the Big Brother logic simultaneously insist such logic shouldn't apply to them or the governmental agencies they oversee.

This contradiction is now taking center stage in New York City, as Mayor Michael Bloomberg and New York City police commissioner Raymond Kelly wage a scorched-earth campaign to prevent the public from being able to monitor its own police force. And in that crusade comes the frightening assumption about how the terms "safety" and "security" are now defined.

To appreciate the rank hypocrisy of Bloomberg and Kelly opposing the creation of an independent police monitor, remember that they are two of the faces of the modern American Police State -- and two of the biggest proponents of 24/7 monitoring of citizens.

That is not an overstatement. Bloomberg and Kelly are the proud autocrats who brag of "hav(ing) my own army in the NYPD" and who used that army to spy on peaceful Occupy Wall Street protestors. They are the unapologetic masterminds of a surveillance program aimed at Muslim students. They are the unrepentant overseers of the city's so-called stop-and-frisk policy, which seems to presume guilt, clearly violates civil liberties and disproportionately targets minorities. They are the champions of a Minority Report-esque system to integrate all the city's cameras for ubiquitous real-time surveillance. They are the happy proponents of intensifying a drug war, again disproportionately against people of color. And they are now floating the idea of using drones to surveil the Big Apple.

As a justification for all of this, Bloomberg and Kelly typically cite New York's declining crime rates as ends-justifies-the-means proof that their methods work. In this, they are extrapolating William Bratton's old "broken windows" theory of crime, insinuating that because New Yorkers know they are under such intense and brutal police scrutiny, they are more prone to avoid breaking the law.

Yet, in now opposing the creation of an independent monitor to surveil, analyze and assess lawbreaking by police and municipal agencies after a wave of complaints about alleged crimes, Bloomberg and Kelly are crying foul. Somehow, they argue that their own Big Brother theory about surveillance supposedly stopping current crime and deterring future crime should not apply to municipal officials themselves.

This is where an Orwellian definition of "safety" comes in, for that's at the heart of the Bloomberg/Kelly argument about oversight. Bloomberg insists that following other cities that have successfully created independent monitors "would be disastrous for public safety" in New York City. Likewise, the New York Daily News reports that "Kelly blasted the plan as a threat to public safety," alleging that "another layer of so-called supervision or monitoring can ultimately make this city less safe."

If this pabulum sounds familiar, that's because you've been hearing this tired cliché ad nauseam since the 9/11 terrorist attacks. Whether pushed by proponents of the Patriot Act, supporters of warrantless wiretapping, or backers of other laws that reduce governmental accountability, the idea is that any oversight of the state's security apparatus undermines that apparatus' ability to keep us safe because such oversight supposedly causes dangerous second-guessing. In "24" terms, the theory is that oversight will make Jack Bauer overthink or hesitate during a crisis that requires split-second decisions -- and hence, security will be compromised.

This, indeed, was precisely the argument of the spokesman for the Fraternal Order of Police when in 2011 he articulated the Big Brother case against allowing citizens to even record police actions on their own property. Police officers, he said, “need to move quickly, in split seconds, without giving a lot of thought to what the adverse consequences for them might be.” He added that "anything that’s going to have a chilling effect on an officer moving — an apprehension that he’s being videotaped and may be made to look bad — could cost him or some citizen their life."

As I wrote during that controversy, nobody wants to stop police officers from doing their much-needed job. In fact, civil liberties organizations have been pushing for oversight to make sure police are doing all of their job — including protecting individuals’ civil liberties. With police brutality a persistent and intensifying problem, we should want more officers feeling “apprehension” about breaking civil liberties laws, we should hope more of them “give a lot of thought to what the adverse consequences” will be if they trample someone’s rights and we should crave an immediate “chilling effect” on such violations.

But, then, that suggests terms like "safety" and "security" are apolitical, which they most certainly are not.

If that sounds right out of Orwell's Eurasia, that's because it is. But as Bloomberg and Kelly most recently prove, it is right out of 21st century America, too.