Living in a pay-to-win world 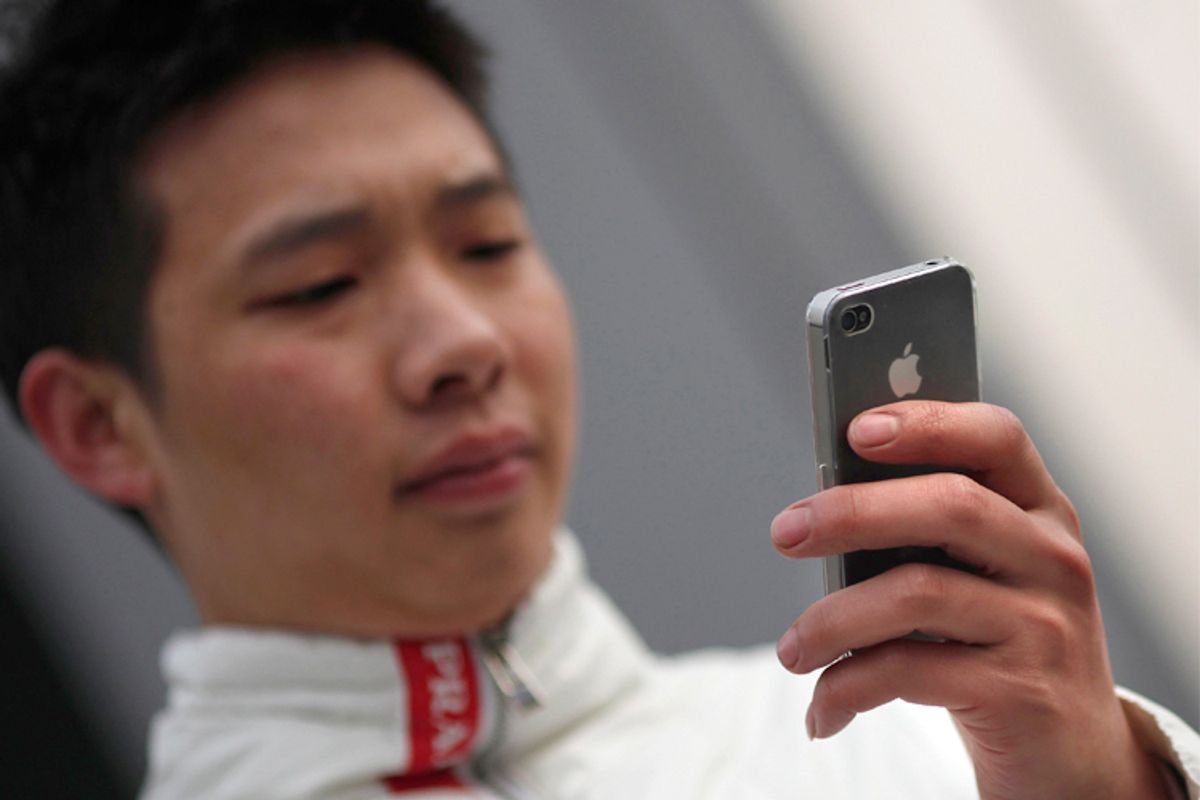 Twenty to 30 million new smartphones are entering the Chinese market every month, says Henry Fong, the CEO of Yodo1, a company that specializes in helping Western gaming studios "culturalize" their products for Chinese gamers. Those numbers may be slightly exaggerated but there is no doubt that the market is huge and still growing very fast.

But sheer size doesn't make it easy to crack. Chinese mobile gamers, says Fong, are impatient and utterly unwilling to pay for downloads. If you want to monetize them, you have to grab their attention immediately and figure out how to lure them to make in-app payments.

Impatient? Unwilling to pay for downloads? Chinese gamers sound a lot like American teenagers. If you are wondering where the world of mobile gaming is headed or, even more broadly, where the entire mobile economy is headed, your eyes should be focused on China.

Yodo1 had nine employees at the beginning of 2012, but boasts over 100 now, and is "still hiring like crazy." Fong says the decision to focus on China, where the gaming market has long been notoriously fragmented and difficult to cash in on, was made with the long view in mind.

"It was basically the hardest market to crack in the world and no one had cracked it," said Fong, who spoke to Salon by phone while in San Francisco for last week's Game Developers Conference. "We figured if we can crack China, everything else will become so much easier."

So what exactly are "the right monetization mechanics" for the Chinese market? One key element: in-app purchases that increase player competitiveness, so-called "pay-to-win" features.

The entire concept of pay-to-win used to be taboo in the Western gaming world. The hardcore gamer, in particular, says Fong, prided himself on winning through skill and knowledge of the game. "Pay-to-win was just evil." But when dealing with impatient Chinese gamers who were unwilling to pay for downloads on a mobile platform, pay-to-win was an obvious way forward.

Western game studios have been paying attention. Some of the current best-selling games on the iOS and Android platforms, like "Clash of Clans," include in-app microtransactions that fit the "pay-to-win" formula. The evolving Chinese gaming market, says Fong, is one factor influencing the changing order.

"Mobile gaming is a globalized market," explains Fong. "We really don't have the national barriers that existed in the PC gaming world. You put your games on the app store and they are available all around the world. When game producers see from their mobile analytics that a large percentage of their audience is coming from the Chinese market or Eastern market, they start researching what their counterparts in China have been doing the last 10 years to monetize this seemingly non-paying audience. That's where this stems from. And then they find that when they try these things out -- like pay-to-win in-app microtransactions -- they discover that they are making a lot more money in the Western markets as well, because the free-to-play mechanics and the pay-to-win mechanics apply to Western gamers in this day and age."

Namely, impatient teenagers looking to level up faster on their mobile games.

"I think more and more, the Chinese market is going to have an inordinate proportional influence over how Western markets develop," concludes Fong.

The lesson likely translates into other domains of the Internet economy. For the foreseeable future, China will be the largest smartphone market in the world. Anyone looking to make a buck -- anywhere -- from eyeballs focused on the small screen needs to play close attention to what is going on in Shanghai and Beijing.