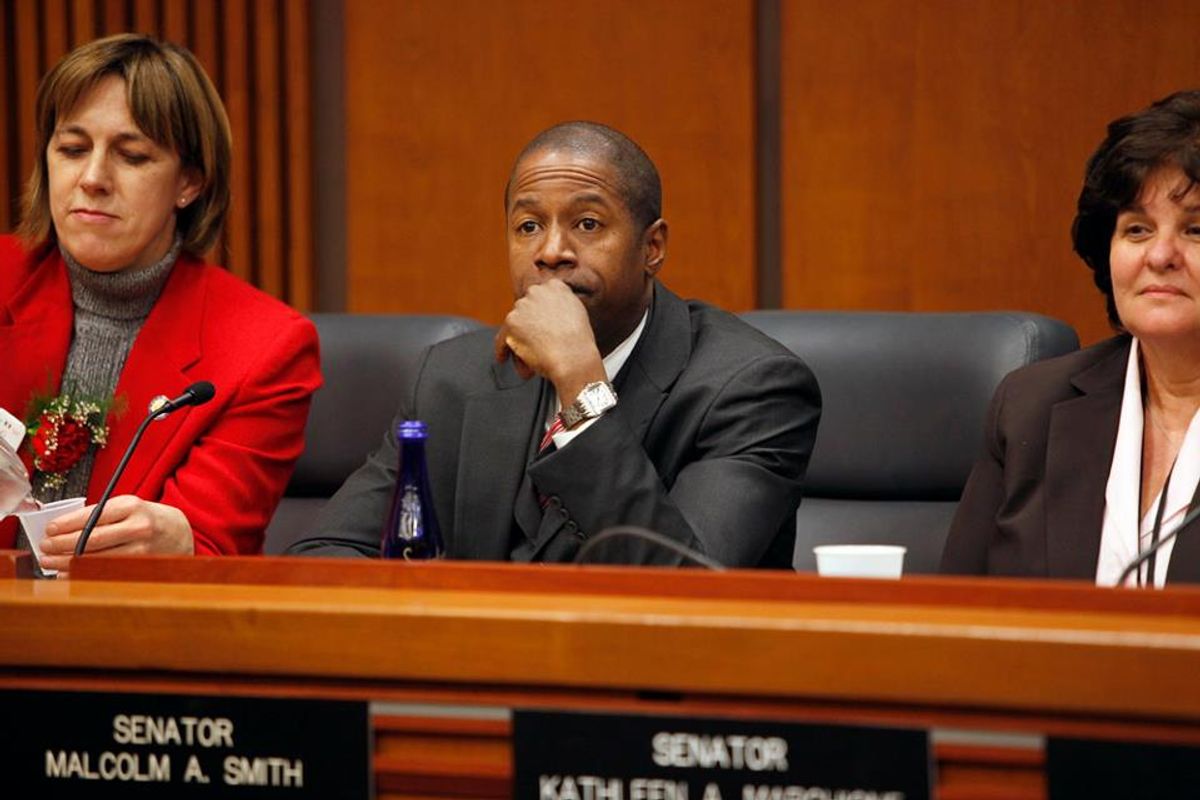 Two New York legislators and four others local politicians were arrested in connection with federal corruption probe of an alleged plot to rig this year's New York City mayoral race.

State Sen. Malcolm Smith, a Democrat from Queens, and City Councilman Dan Halloran, a Republican also from Queens, were arrested by the FBI Tuesday morning. Two Republican county chairman, Joseph Savino from the Bronx, and Vincent Tabone of Queens, as well as the mayor and deputy mayor of Spring Valley in Rockland County, were also arrested, NBC New York reports.

Law enforcement sources tell NBC 4 New York Smith was allegedly involved in a plot to try to get onto the GOP mayoral ballot by offering payments to Republican county chairmen. Any candidate seeking to be added to a ballot would need to be approved by three of the five county chairmen for a particular party.

To get on the GOP ballot, Smith allegedly enlisted Halloran, a Republican, to set up meetings with party leaders and negotiate thousands of dollars in bribes. The money was masked as payments for legal and accounting services, sources said.

Halloran allegedly collected thousands in bribes for himself along the way, the sources said.

He is separately charged with taking bribes from a consultant in return for up to $80,000 in City Council discretionary funding.